Jessica Price of Shepherdsville entered an Alford plea back in March. 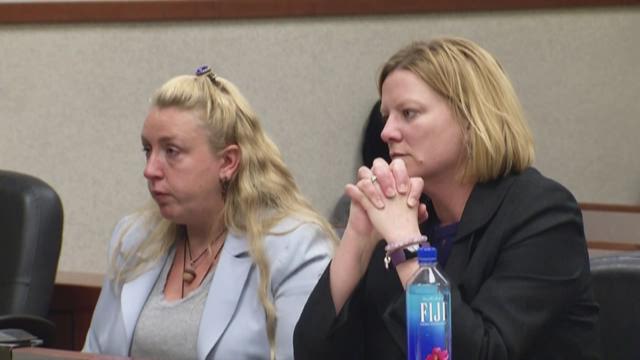 LOUISVILLE, KY. (WHAS 11)--The case of the woman who left her newborn baby girl in a Kohl's Department Store restroom to die took an unexpected turn.

Jessica Price recently pleaded guilty to manslaughter and was facing ten years in prison but she was granted probation by Jefferson County Judge Olu Stevens.

Price's attorney was pleading for the judge to have mercy on her client who she says has to live with this every day while the prosecution used a graphic photo of the dead newborn to argue the heinous crime deserved a prison sentence.

His ruling is coming after hearing both the defense and prosecution's statements.

The prosecutor used a picture of Price's newborn baby after she was found dead in the bathroom of Kohl's in August of 2013.

She simply said a picture is worth a thousand words.

Price's attorney was summarizing letters written to the court from Price's family members who say she's a wonderful caretaker.

She also touched on Price's troubled past, saying she was bullied in high school and was suicidal at times.

She then read a letter to Judge Stevens written by Price herself.

Price's attorney went on to say Price has been getting treatment and will continue to do so.

Judge Stevens called the decision a difficult one as it deals with the loss of a child's life but he said Price is the one who must live with the heavy burden.

If she violates the probation she'll serve the ten-year prison sentence.