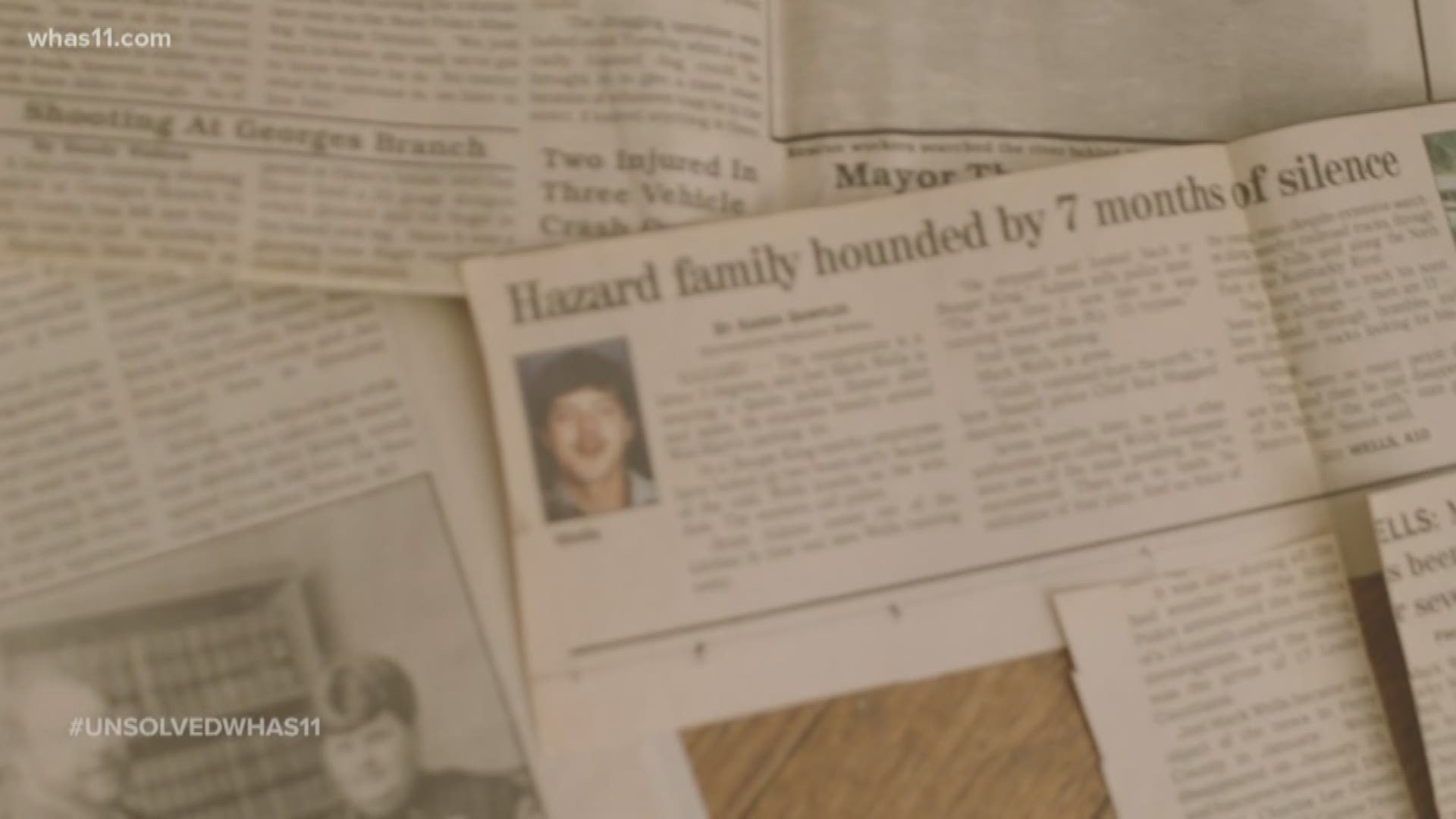 HAZARD, Ky. — On a miserable winter night in 1994, Hazard police received a call from the local Burger King.

Workers said they had just locked up when a stranger began frantically banging on their door, begging them to let him in. They called police, but before they arrived the man was gone.

That was the last time anyone saw Mark Wells.

Credit: Provided by family
Wells as a teen

Chapter One | Frigid and Fearful Night

The night Mark Wells, 21, disappeared was plagued by fear – and snow. Temperatures reached below zero as roads became more impassable every hour. Many people stayed warm in their houses, locking their doors after a terrifying murder shook their community.

"It was a scary time for a lot of people in our community,” Hazard Police Chief Minor Allen said.

Just one day before, the town was shattered by the gruesome death of a local high schooler, a well-known teen murdered during a robbery.

"This young man who was killed – he was well loved…it was a fearful thing,” Allen said. “It was just like a fractured feeling around the community. A thing of shock, you know?"

Wells had gone to hang out with friends that night, his friends telling his sisters that he stormed off in a Walmart parking lot after an argument.

“They said that they got into an argument because Mark was mad and upset,” his sister Pam Brewer said. “They said Mark got out of the car and that was the last time they [saw him]."

Later that night, a witness called police to report that Wells was running frantically, trying to get into vehicles and asking everyone he saw for help.

"He was just real erratic the way he was running around, confused, scared to death, he was trying to get into vehicles or [away] from something chasing him," Allen said.

With all eyes focused on the murder the night before, Allen said the community was hesitant about helping a stranger, worried about future attacks. An officer was sent to Burger King to check the premises, but never located a man, assuming he got a ride.

While both the Burger King workers and the previous 911 caller described a similar person to police, it would be weeks until people found out Wells was both men.

Credit: Provided by family
The local newspaper documents search efforts near the Kentucky River where dogs last indicated Wells may be.

Chapter Two | The Morning After

Wells’ sisters feared the worst when their brother did not return home the next morning.

"Nobody had seen him or heard from him,” his sister Valarie McIntyre said. “We all knew something was wrong."

A family man with two sons, his sisters knew Wells would never walk out on his children. Instead, the three women agreed murder was the likely cause for his disappearance.

"Mark was a happy loving person. He loved life, he loved people,” Brewer said. “He loved his family and he loved his boys most of all."

When the family filed a missing person report, Allen said police did their best to search the area – Wells’ scent leading dogs to the riverbank.

"The dogs were able to pick up a scent, and they did track that scent all the way over the Hazard bypass, through the yard next to the river, to the dam," Allen said. "And that's where they lost the scent."

Allen said he believes Wells did go to Kentucky River, but wintry conditions resulted in officers struggling to find him dead or alive.

Credit: Herald-Leader cutout provided by family
Wells' sisters, Tammie and Pam, photographed while putting up fliers searching for their brother.

Getting little answers from police, Wells' sisters sought out the truth.

"It was really like we were on a wild goose chase, because we didn't know where to start," McIntyre said.

Weeks after his disappearance, Brewer talked to Burger King workers about the mysterious man knocking on their door.

"I took the picture and was like, 'Is this the guy,' and he was like 'Yes, this is him," Brewer said.

After weeks of dead ends and accounts of their brother begging for help, the sisters said they believe he was murdered – possibly by the very people he stormed away from in the Walmart parking lot.

"He was definitely murdered," Brewer said. "Definitely the wrong place, with the wrong people, at the wrong time."

Knowing the snowstorm devoured their town, Brewer said she kept thinking about how difficult it would be to find a body in the river.

"It was the worst winter that I could ever remember, because I kept thinking maybe somebody put him in the river," Brewer said. "The river had gotten up so high and it was ice, just clashing, shooting up into the air."

Hazard police turned the case over to Kentucky State Police, who searched lakes and rivers in the area, doing tests on blood splatter found in one vehicle. Still, no answers.

Though they did their best to carry on, the sisters said they continue to search, hoping for closure.

"He's been missing for 25 years, and we're still searching for our brother," Brewer said. "We want to know what happened to him."

Credit: Provided by family
A photo of Wells' sons on top of his missing poster.

For 25 years, Wells' sisters have missed a brother and his sons a father.

Mark Hensley was just a baby when his dad went missing. Now a father of four, Dale said it is difficult not knowing what happened to Wells, and explaining to his children where their grandfather went.

"I didn't know him much so I have to make up stories to tell him," Hensley said. "My little boy asked me all the time about him and why he [doesn't have] a grave."

Hensley said it would mean the world for him to find out what happened, not to catch a killer, but to finally have peace of mind.

"It would mean everything to me," Hensley said. "I think about him everyday. Every day. There's not a day that goes by that I don't think about it."

Allen said that with no leads, the department had to put the case on the back burner. Still, he said no clues are totally useless, with any ideas on where the body might be outside the river offering an entirely new lead.

"Until my dying day I'll wonder what happened to him," Allen said. "To me, nothing would be worse than to not know."

Allen said the case is still open, but with so much time between now and the disappearance, he doubted any confession would come.

"I think at this point in time now, if somebody did do something to him, it would have to be a death-bed confession or something that they want to make just to clear their conscious," Allen said.

Hoping to finally have a grave for their brother, Wells' sisters continue to ask for clues in their brother's case.

"I think that the truth will always out live a lie...eventually," his sister Tammie Shockey said.

The family said any piece of information is welcomed as they hope to find closure and bury their brother.

"If anybody knows, please tell," Brewer said. "Please tell us. Please tell the police, because we want to know."

Get a behind-the-scenes look at Mark Wells' story here.

Did you see our Facebook Live? We answered some of your questions here. 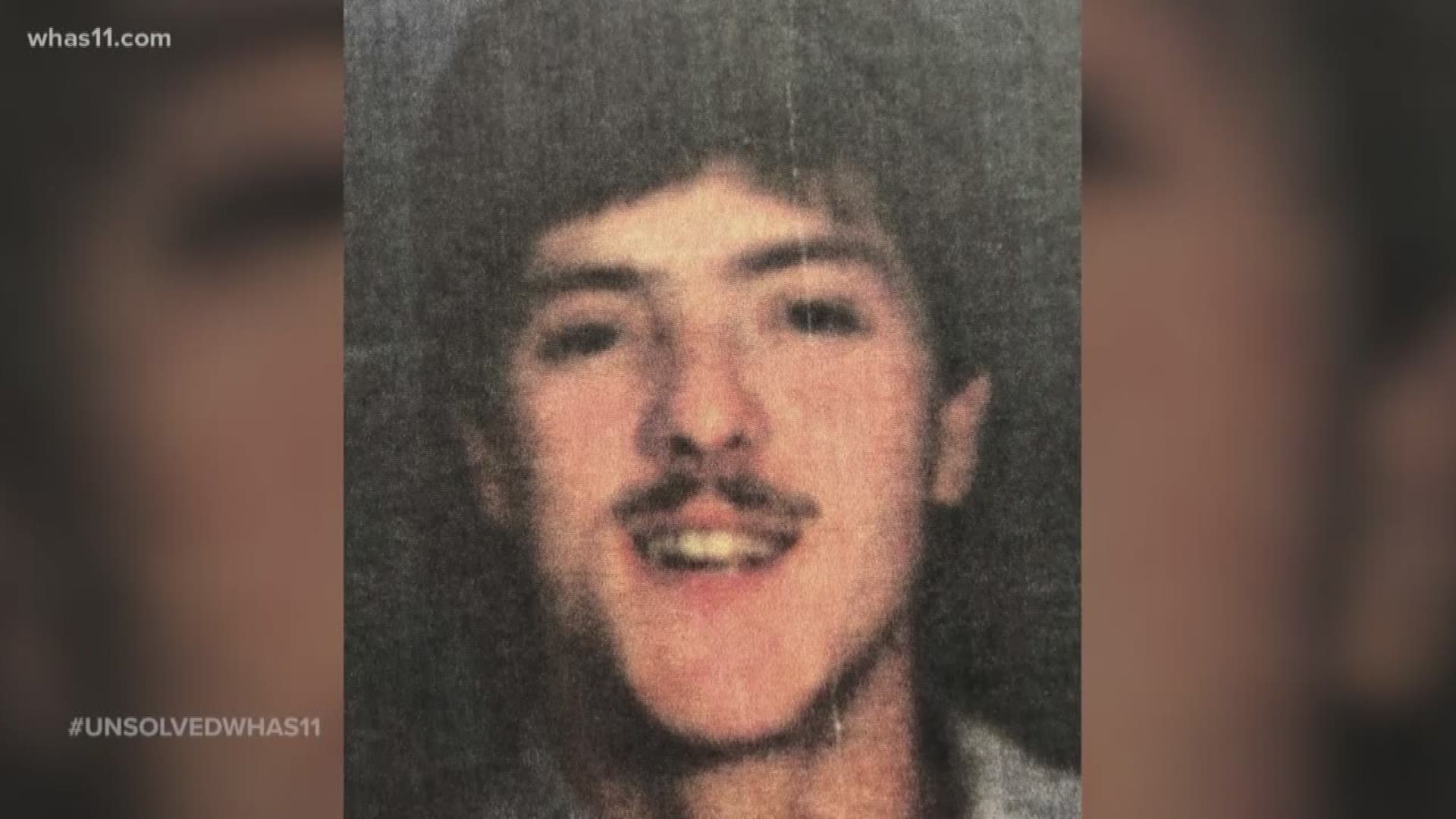 Make it easy to keep up-to-date with more UNSOLVED. Download the WHAS11 News app now and be sure to add UNSOLVED to your Favorites. For Apple or Android users.

Want to see what the UNSOVLED team is investigating next? Join our Insiders group on Facebook.