UNSOLVED | Behind the Scenes of Unanswered Arson

A fallen firefighter's family and friends continue to search for answers 25 years after his death. We revisit the story and search for clues with a former arson investigator. 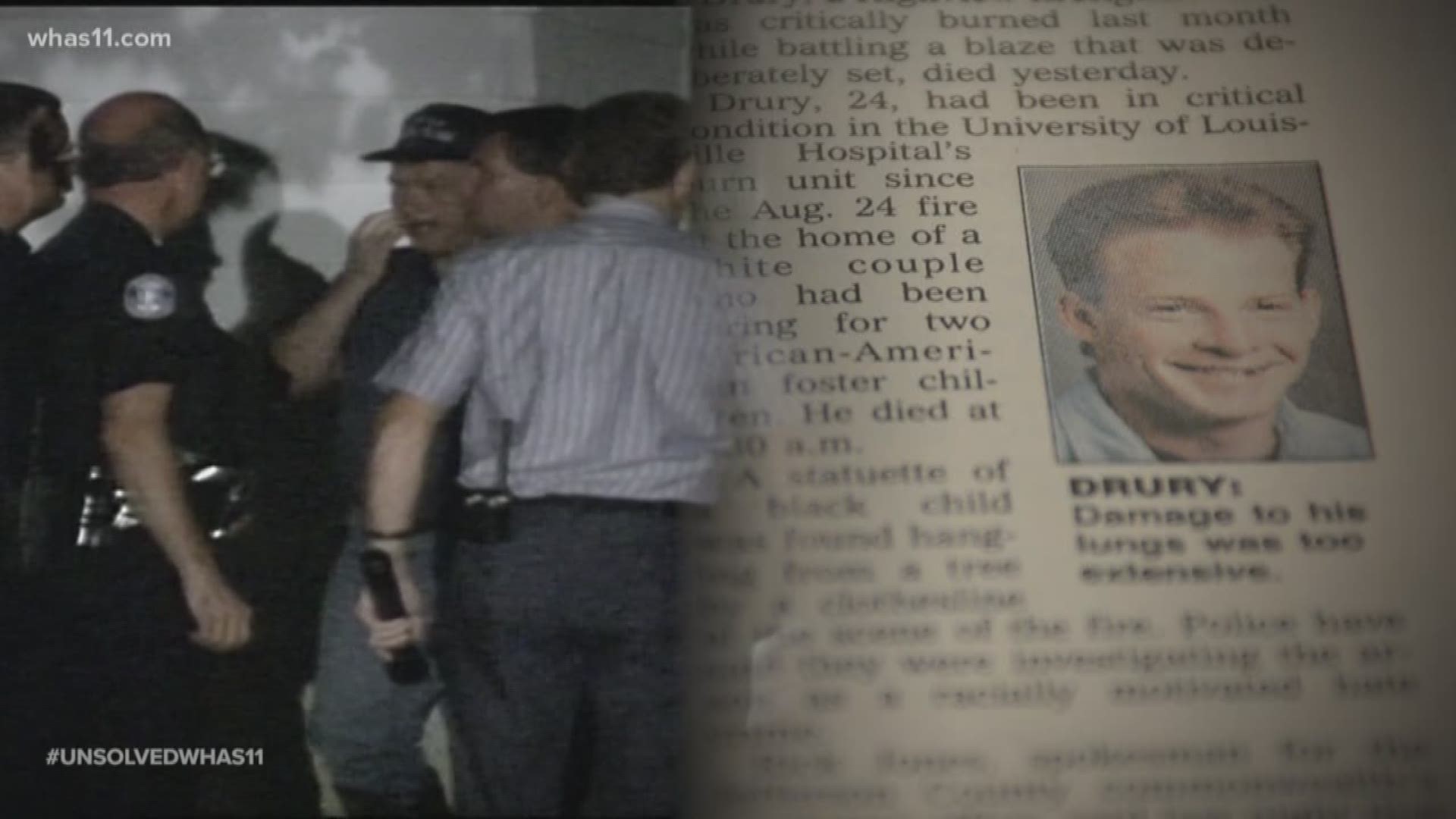 LOUISVILLE, Ky. — While most people run away, firefighters run — without fear — into a blaze to save lives. When the family of a fallen firefighter reached out to the UNSOLVED team about uncovering a cold case, we jumped at the chance to answer their call for help. 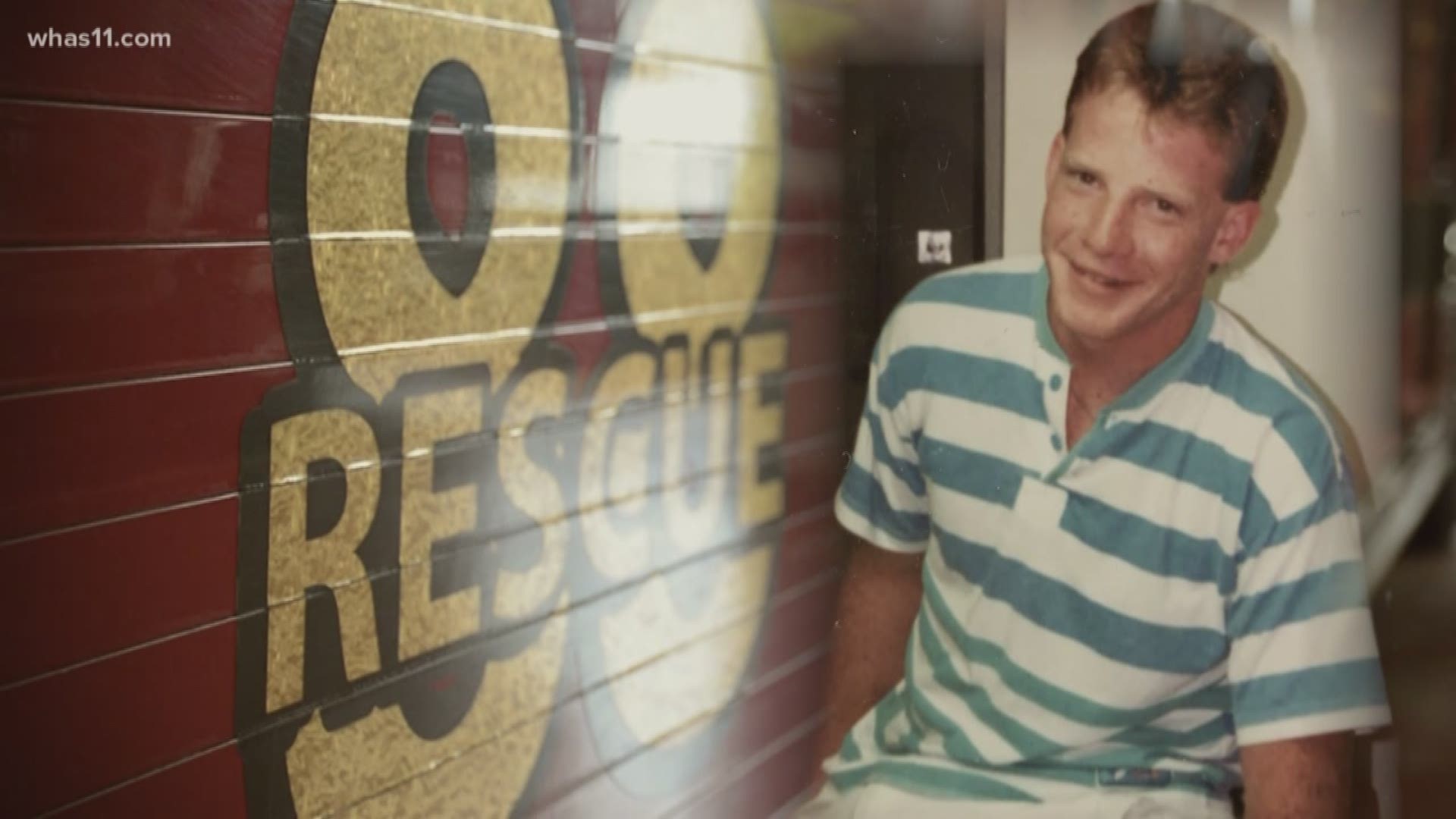 Chapter One | A Firefighting Family

Stacey sent us a message after seeing our stories spotlighting unsolved cases in our communities and told us about Drury's story. She said he and her brother basically grew up at the firehouse where their dad was chief, that Drury jumped at the chance to follow in his father's footsteps and become a junior firefighter.

Drury and his father were actually with each other when they got the call for a house fire in southeast Louisville. While responding to the fire, Drury and three others were trapped in the burning house. His injuries cut Drury's life short in 1994.

We immediately went to our archives to dig up old scripts and file footage from the fire. The more we learned, the more compelled we felt to help get answers in the case.

We set out to find the firefighters from the names in the old scripts. After a chain of calls, we connected with three fellow firefighters at the Highview Fire.

David Goldsmith went through recruitment with Drury and has risen to the rank of chief, the position Drury's dad held when he died. Rob Dwyer, now a deputy fire chief, was childhood friends with Drury. He told us stories about Drury and his father. We also found Paul Webber, one of the first to arrive on the scene and risked his own life trying to rescue Drury.

Decades after that impactful night, the memory of losing their friend left deep wounds; there were no dry eyes, including our own, on this shoot. They haven't forgotten that night, nor the funeral. And they refuse to forget him.

His helmet and his gear still hang just how he left them but a reminder of the sacrifice of service preserved in a glass case in the firehouse lobby. Faces frozen in time framed on the wall of Goldsmith's office show the two together decades ago.

The team then found Stetson. Drury's father and mother died before getting answers, and she is determined to find answers.

Stetson showed us a scrapbook of sorts — a binder bursting with the memories of her kid brother. There were newspaper clippings, old letters, photos taken after Craig proposed to his fiancée, Penny.

“Part of me is like, 'It can’t possibly be 25 years because I remember so well his goofiness and antics and how he teased," Stetson said. "It doesn’t seem like its been that long ago."

Looking through photos of a bright-eyed young man brought a solemn smile to Stacey's face as she told us how she is still struggling not knowing who snuffed out her brother's life.

“Who took my brother from me? That's a question I have frequently,” Stetson said. “Somebody started this fire so somebody’s responsible for taking my brother away from me and my family and I just want to know why they did it.”

Police were never able to find the person who started the fire, nor could they find why the fire was started.

Decades after his retirement, Drury's case remains scorched into the memory of one of the original investigators, Larry Fore.

Goldsmith reached out to him after hearing we wanted to feature the case in our series, and Fore dropped everything to be a part of the story in hopes to close a case he said he's tried so many tried to solve.

“Even since retirement I’ve still been involved with it occasionally. [I've] had meetings with the other investigators that came along after me," Fore said.

The fire happened before the Louisville and Jefferson County merger, so the case was investigated by the Jefferson County Arson Unit, a branch of police back then. Fore told us many different agencies pooled resources to give it their best chance to crack the case that caused the death of a fellow first-responder.

“I do believe that there are people out there with knowledge of what happened," Fore said. "The best way the case could be brought to a conclusion in my opinion would be for one of those people to come forward, give a statement, be willing to testify."

Fore told us that the case filled files, and the files filled filing cabinets full of evidence, interviews and information.

Drury's family by blood and his brothers by blaze are still waiting for answers, hoping that they will find the person responsible for his untimely death.

Even the smallest memory could connect the dots for investigators, and they ask that anyone with information please help investigators.

If you have any information, please call Louisville Metro Arson Bureau at 502-574-3721, or email them at lmgarson@louisvilleky.gov.