UNSOLVED | Behind the Scenes of Justice for Jane Doe

A behind-the-scenes look at the work our UNSOLVED team put into bringing Jane Doe's story to life.

Jane Doe's story begins where it ends. We do not know her name, where she grew up or how she lived. Instead, we only know how she died and where she was found.

To help Kentucky State Police finally close this 30-year-old case, we needed as much information as possible; we needed photos, accounts, and details never before disclosed to the public.

Chapter One | Opening the Case

The UNSOLVED team first traveled to KSP Post #5 in Campbellsburg to meet with Endre Samu, the detective who recently took over Jane Doe's case, for any and all information related to the investigation. 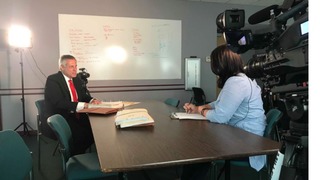 Samu gave the team a thorough description of the case, showing photos taken at the crime scene, renderings of Jane Doe's possible appearance and updated evidence.

The updated evidence — fingerprints taken at the scene and recently discovered hair saved by the coroner — gave detectives a better than ever at identifying Doe once and for all.

In the team's interview with Samu, he acknowledged that technology during Doe's discovery in 1988 is completely different than today's technology, saying he hopes their current attempts to extract DNA from the body will finally lead to an identification. 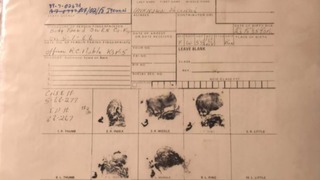 “Can the fingerprint resolve to something? Absolutely," Samu said. "Can the DNA from the hair? Absolutely.”

Unfortunately, Doe's body is buried in a cemetery in a small section of unmarked graves and detectives have no clue which body is her.

While Samu did mention that they have received tips as recently as this year, he said most leads turn into dead ends.

Because detectives have no leads and are still unsure about any possible DNA, the easiest way to identify Jane Doe might be based on her description, both in police renderings and details on her discovery. For an inside look, we travel to some of the most interesting sites in the investigation.

The team walked with Samu to the scene where Joy Kelly discovered Jane Doe's body, around eight miles outside of Owenton. 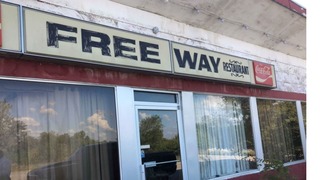 30 years after Jane Doe's bod was found, Samu shows us where her body would have been found hidden by overgrown grass, the empty rural road explaining why it may have taken days for someone to notice a body.

We then travel to the possible last sighting of Doe alive: Free Way diner. The now closed diner has a small town feel, a place where everyone knew everyone.

Though we have a feel for Jane Doe's case, there's still more to her discovery left unsaid.

To learn more about Doe's discovery, the team went straight to the source.

Joy Kelly, the first person to find Doe's body, gave UNSOLVED details of her haunting discovery — details she had never previously disclosed to the public. She opened up her home, and her heavy heart, to the team. 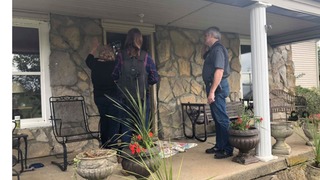 "For years, every time you close your eyes, you see that raising up in front of you...it was just a horrible feeling," Kelly said.

We mention that one woman told detectives she had seen Doe at Free Way diner before the discovery, but detectives could never confirm the tip. Kelly said the diner was a favorite among truck drivers and locals. The sighting is possible, Kelly said, as everyone knew everyone who went into the diner.

Kelly said the gruesome discovery took a toll on both her and her community, but nothing can compare to the pain Doe's family must feel.

“30 years," Kelly said. "Somebody is missing somebody.” 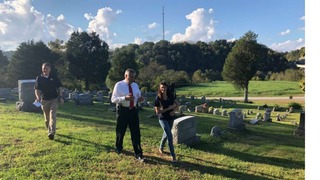 Kelly's words sound similar to Samu's hopes: Jane Doe must have family looking for her, unaware that detectives are in turn looking for Doe's family.

The team traveled to Doe's final resting place, a peaceful cemetery in Owenton. Just like Samu said, Doe is buried with other unknown bodies, an unmarked grave showing us her general spot.

Her family must be out there somewhere — searching, wondering. If we can help detectives in any way, we will. Help KSP solve Jane Doe's mystery.

You can also find more on Jane Doe's case at the NamUs website.