Tommy Ballard's search for his daughter, Crystal Rogers, was cut short when he was shot in front of his grandson during a hunting trip. 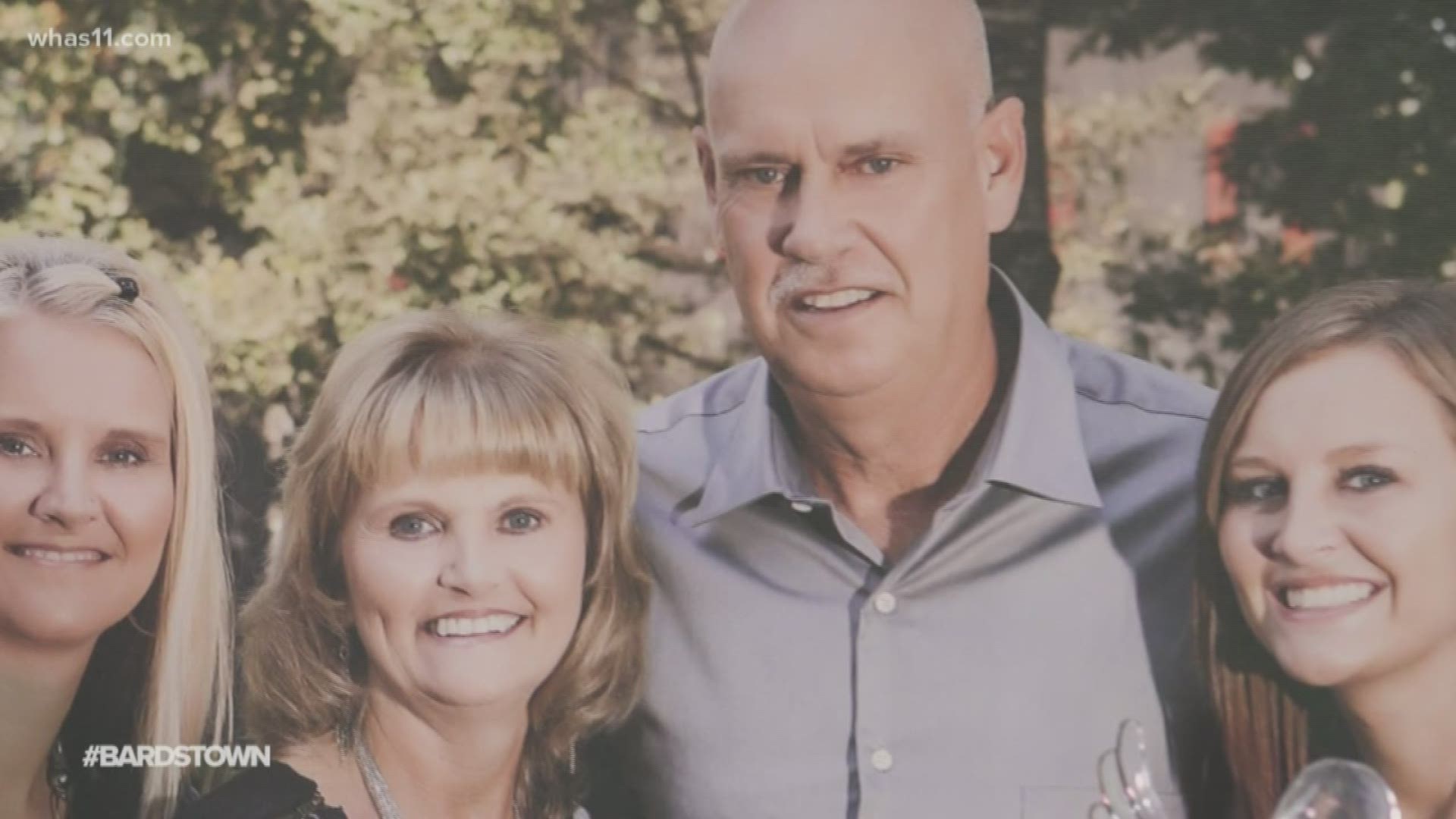 LOUISVILLE, Ky. — If there was going to be one person who could find Crystal Rogers, everyone said it would be Tommy Ballard.

A father shocked and devastated by the disappearance of his daughter, Ballard dedicated his life to finding answers. For over a year, Ballard would lead searches, follow-up on tips and do everything he could to find peace for his family.

"I never dreamed in a hundred years that something like this would happen to us," Tommy Ballard said after his daughter disappeared.

The family finally got a break in the case when Rogers's boyfriend, Brooks Houck, was named the main suspect in her disappearance. Ballard was right there as detectives searched Houck's family farm — from dusk to dawn.

"It'll never be easier, I know, but finding her would bring some closure," Ballard said.

Still, there was no sign of his daughter. Ballard and Angie Bishoff, a member of Team Crystal, would organize search parties for the missing mother, spending hours researching and investigating leads of their own.

"Even when he went to work, he is texting part of team Crystal saying, 'Can you look up this? Can you look at that?' He would come home and get on the computer or my iPad and look up stuff," his wife Sherry Ballard said. "And then he would call all of Team Crystal you know and he would give them all a little certain thing to do to help us figure out where to search next."

Ballard led searches everywhere he could — looking through every inch of every acre, turning every single piece of trash just in case it gave him a lead.

"You would go out every single day with determination like this, 'Let's pray this is the day," Bishoff said. "And then you would go home and cry."

None of their searches panned out, but Ballard would not stop.

"He promised me and the kids...and I remember the kids saying, "Memaw, Daddy, Papaw was gonna find our momma for us,'" Sherry Ballard said.

Tommy Ballard searched for Crystal Rogers until he could not any more—until one cold November morning.

Just days before Thanksgiving 2016, Ballard took his grandson on an early morning hunting trip on their family property. His wife saw them out.

"I remember going back to my bedroom and on the way to the bed, you know, I just said, 'God look over them in the woods today,'" Sherry Ballard said. "I guess I was talking to God out loud...and I lay back down, and it was probably 25 minutes maybe [that] I got the phone call."

Ballard received a call from her grandson, terrified by what he had witnessed.

"He was so upset and he's like, 'Memaw, Papaw has been shot,'" she said. "I was panicking, you know, I was trying to throw my clothes on and get ready and I went in the bathroom. I told Trenton, I said, 'I'm going to call 911.'"

When she got to her husband, Ballard said everyone was sitting, staring.

"I ran over there to Tommy and I shook him, and I just begged him to get up. He was just laying there," Ballard said. "And the last time I shook him...blood come out of his nose. And it's when they pulled me off of him. I knew he was gone once I got there, but it didn't hit me. I didn't realize that."

Ballard was shot once in the chest, a single bullet ending his life in front of his young grandson. Police originally called it a hunting accident, and Ballard said the reason was so police would not get sued if it was an accidental shooting. She said she was furious with police originally.

"This is my husband, and this is a murder and you know it," Ballard said. "And you're saying it's a hunting accident? No, I'm not okay with that."

Kentucky State Police said they were investigating Tommy Ballard's death as a murder, but in the three and a half years since he was shot and killed, police have shared no updates.

"We treat Tommy Ballard's case as a murder, and that's the way we investigate it," Scotty Sharp with KSP said. "You know, I'd like to think that every day we get up and we're working on all of these cases that we're one days closer. We're one step closer."

The Ballards and their family and friends continue to push forward, doing everything they can to honor Crystal and Tommy's memories. Sherry, someone who has faced so much tragedy in such a short amount of time, said it can be hard to keep going — to tell yourself that there's a reason for it all.

"I have people tell me that God has a plan for everything and everything happens for a reason. I don't know that I believe that," Ballard said. "Why would God want my husband to be murdered? You know I don't...I don't believe there's a reason for that."

In August 2020, human remains likely belonging to a woman were found in Nelson County — not far from where Rogers was last seen alive. Since then, the FBI announced it was taking over the investigation into Rogers disappearance.

Ballard said she believes this could be the moment her family gets the answers they need.

"I feel like I have a chance now at getting justice for my family," Ballard said. "I don’t focus as much on Tommy's case because I think 100 percent if they settle my daughter's case they will have my husband's."

The FBI's Crystal Rogers Task Force added Tommy Ballard's case to its website as well as the murders of Bardstown officer Jason Ellis and mother and daughter Kathy and Samantha Netherland.

Ballard said she believes her husband and daughter are looking down at what's going on, happy with the new developments.

"I think he'd be very proud. The fact that he's no sitting here with me devastates me," Ballard said. "I do this for him and her. I watched that man make it his life mission to bring our daughter home. How can I not follow up with that? How can I not do that? I have to do it for my husband and daughter."

RELATED: Friends of Ballards use Bourbon Festival to raise awareness of unsolved cases 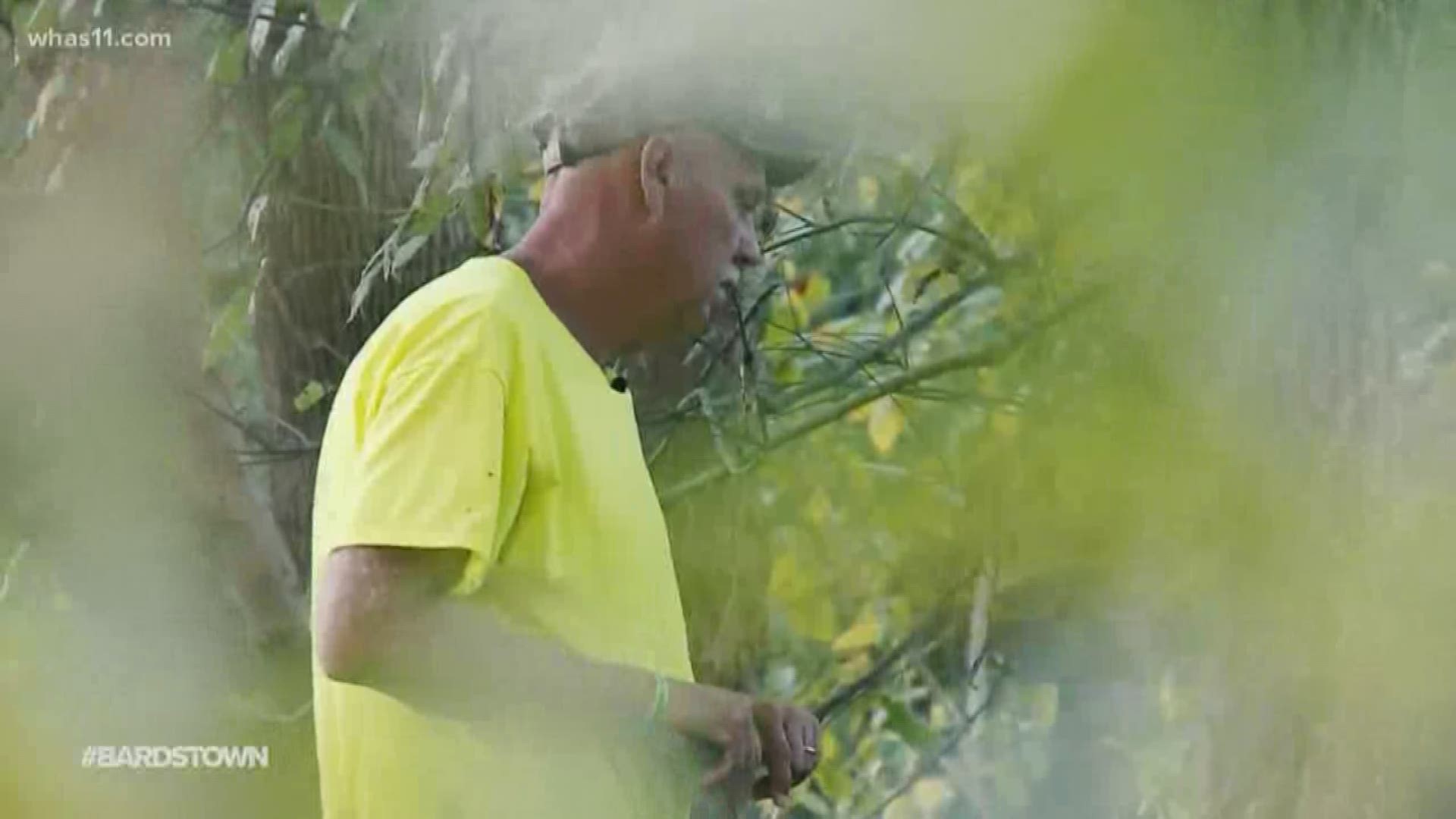