Daughter searches for answers after trooper disappears during rescue mission

Trooper James McNeely disappeared when his search crew's boat overturned, his body never discovered. His daughter is hoping for closure after finding inconsistencies in his case. 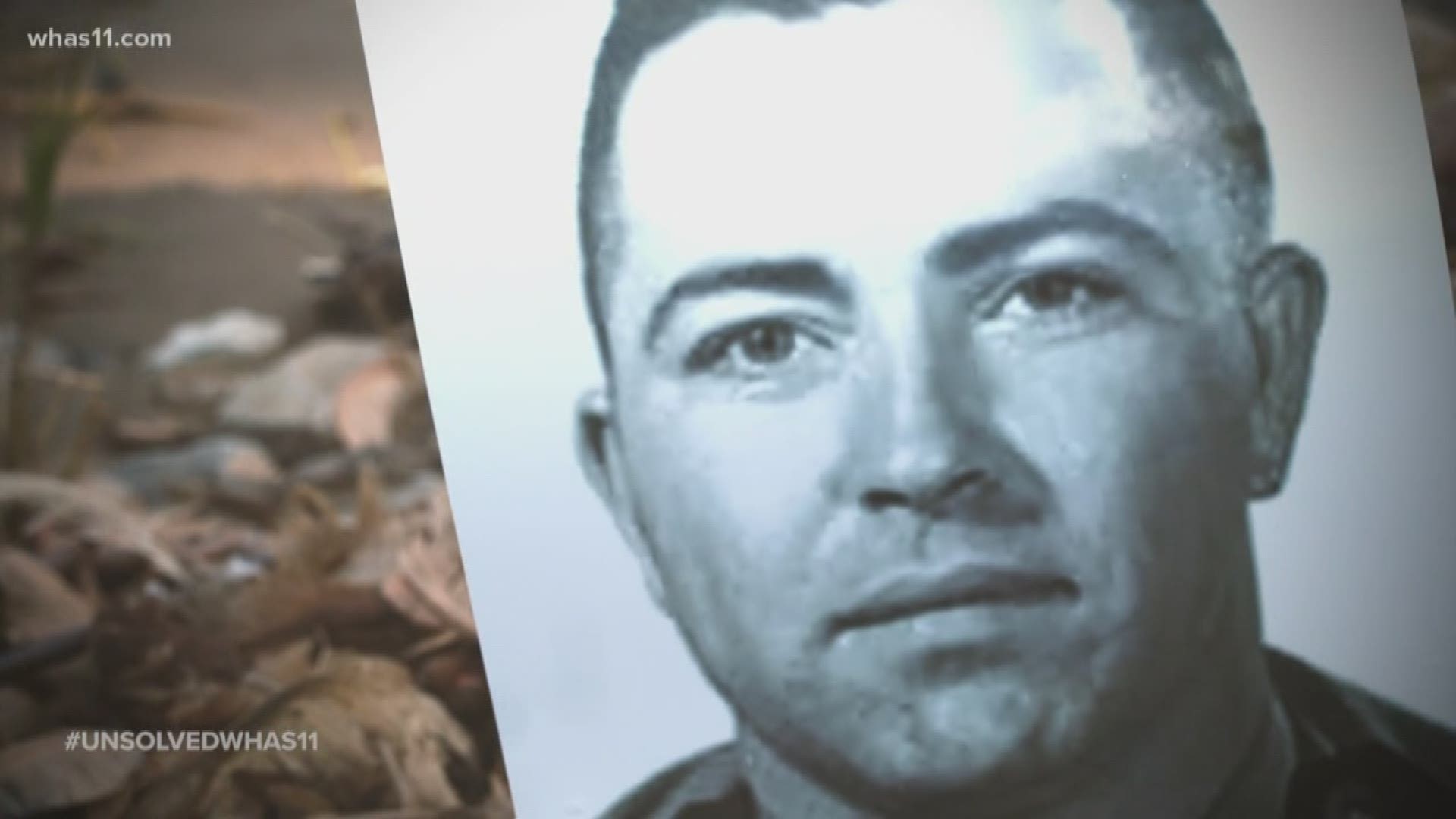 FRANKFORT, Ky. — When help is needed, a first-responder always answers the call. Trooper James McNeely was no different.

McNeely was not on-duty the night two boys went missing in the Kentucky River, but when his phone rang, he dropped everything.

An experienced water patrol officer, it was expected that McNeely and the missing boys would return home that night. The boys returned home. McNeely and his men did not.

Trooper James McNeely was celebrating 16 years with the Kentucky State Police when he got a call about two boys missing in the Kentucky River on April 8, 1972.

The boat the two boys were on apparently went over a dam, the two missing for several hours.

Having just arrived in Frankfort to take over the boating division, the 37-year-old led the water search with officer David Childs and a friend. The three rescuers went to the dam, but never made contact with the boys, their boat overturning before they had the chance.

"The water levels were very high that day, at a dangerous level," KSP Trooper Bernard Napier said. "Another gentleman saw them getting too close to the dam...at that time, the motor had stopped on the boat, the boat overturned over the dam and was broken apart as it went over."

Katrina McNeely was just a child when her dad went missing. While she barely remembers his face, McNeely said she does remember receiving the news.

"I remember the next day everyone crying and just the trauma of it all," McNeely said. "Family members trying to get to us as fast as they could."

Napier said police searched for the two men, hoping for a safe return, but it became clear to police that McNeely and Childs had drowned.

"Praying that they're alive, hoping that they'll turn up safe, and then ultimately going to that conclusion that there's no way they survived this and we're no longer doing a rescue, we're trying to locate them for their loved ones," Napier said.

When the water receded, Childs' body was recovered. McNeely's was not.

Napier said agencies across the Commonwealth tried to help find the missing trooper but to no avail.

"It's really not known to us how far his body could have drifted down river," Napier said. "[It could be] located in another state and maybe be a John Doe since they don't know who he is."

McNeely is now one of her father's only living relatives.

"It's difficult because I am one of the last family members," McNeely said. "I am the only child left. His parents are gone, his brother is gone."

As she grew up, McNeely said she longed for answers in her father's disappearance, asking police questions about his case and the night he led the search.

"I was probably in my late 20s, early 30s. That's when I started talking to the state police about my dad," McNeely said.

Knowing the case was from the 70s, McNeely was not shocked that her father's files weren't filled. What she was confused about, though, was the lack of information about that night or the subsequent searches.

"There was no information," McNeely said. "I would think someone who was a 16-year veteran you would have some sort of case files one way or another...I know it was a long long time ago but there's still paperwork for other people so I don't understand."

McNeely said some of the answers to her questions were also cause for concern, saying she found inconsistencies in some of the paperwork.

"When they went to search for him, they only spent two hours," McNeely said. "I understand the conditions were bad, but they never searched for him ever again."

While she believes police are doing everything they can to help, McNeely did say she still has her doubts about what happened that night.

"I do not 100% believe that it was an accident or that he is even dead or that it was foul play," McNeely said. "I’m still not 100% about anything because there's still so many things that don't match."

Napier said police continue to search for answers in the trooper's disappearance, McNeely impacting the state so much a statue was created in his likeness.

"It would mean a tremendous amount to us to recover him and bring him home," Napier said. "We're never going to stop looking for him."

McNeely said she believes someone knows more about her father's disappearance than what was originally told — and she hopes someone can come forward with more information.

As she and police continue to search for more, she said she continues to think about the man her father would have been.

"Everyone told me when you met my father, you would never forget him. It's very disappointing I never got to know him," McNeely said.

McNeely said she will never stop search for answers in her father's disappearance, knowing there must be more to the story.

"I've been going through this my whole life. I need answers," McNeely said. "Wouldn't you want answers?"

As she and KSP continue to look into her father's case, they said it is never too late to give information.

Anyone with information that could bring closure to McNeely's family is asked to contact Kentucky State Police Post 12 at 502-227-2221.

Get a Behind-the-Scenes look how we uncovered Trooper James McNeely's story here.

The UNSOLVED team's story on the disappearance of Trooper James McNeely airs Friday, May 16 at 11 p.m.

Want an inside look at what the UNSOVLED team is investigating next? Join our Insiders group on Facebook.