Crystal Rogers not first woman in her family to go missing

Forty years ago, Tommy Ballard's pregnant sister, Sherry Ballard Barnes, was murdered by her husband and his friend. 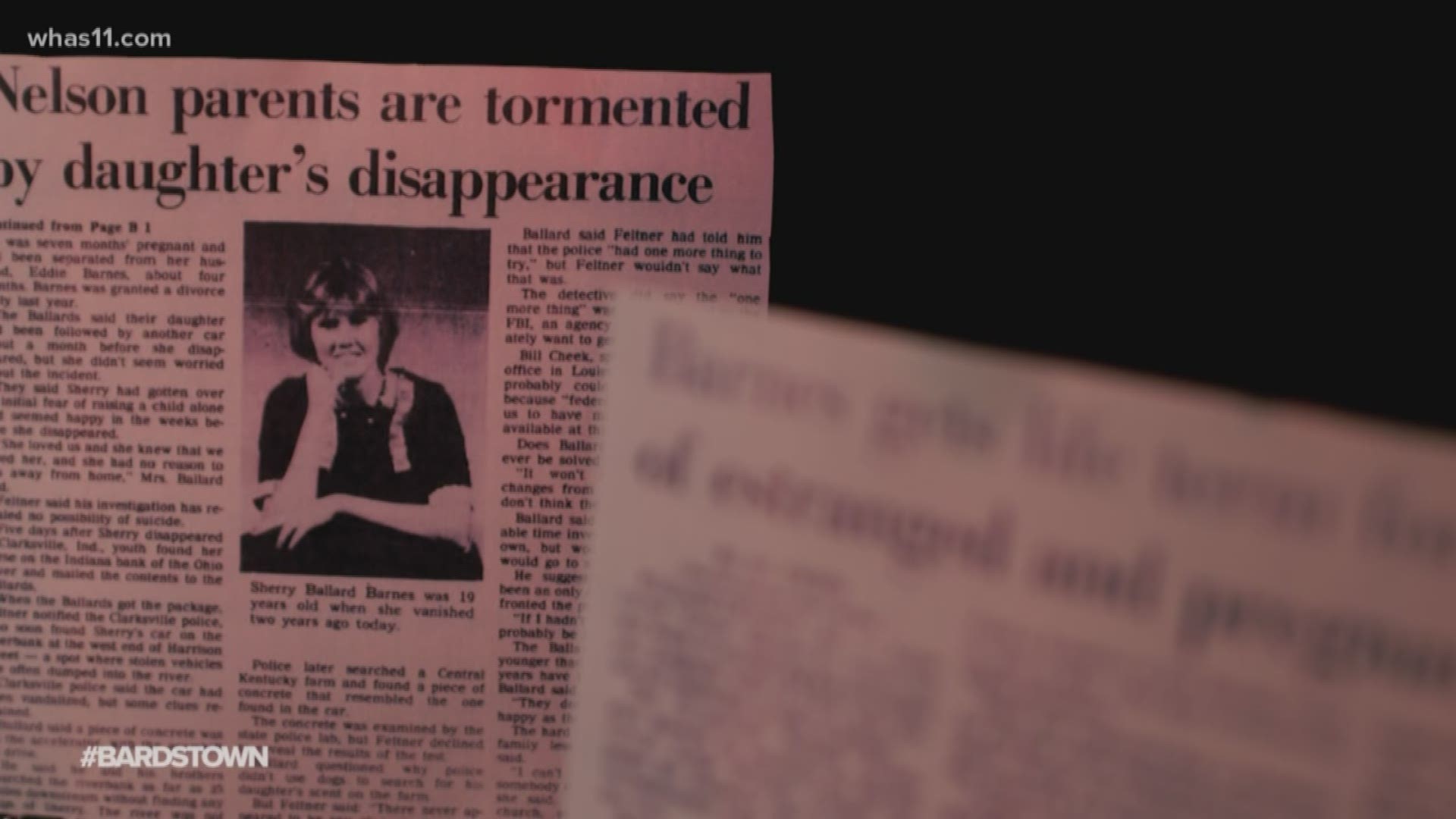 And while their cases shocked the local community and devastated loved ones, the Ballard family has been all too familiar with tragedy. The family that has called Bardstown home for generations lost a member long before Crystal Rogers was born.

"They say time heals everything, but it don't," Till Ballard said. "Unless it happens to you—you know you get up with it in the morning and you go to...bed with it. It's never...never off in my mind."

Till Ballard has endured hardships only so many can understand: his son was killed in front of his great-grandson, his granddaughter is still considered a missing case and 40 years ago his pregnant daughter was murdered.

Sherry Ballard Barnes was only 19 when she never returned from running errands.

"She was seven and a half months pregnant," Till said. "And [her husband] wanted a divorce and she, Sherry, wouldn't give it to him."

Police found Sherry's car 45 miles from her home, but her body would not be discovered for several agonizing years. Eventually, her husband Eddie Barnes and his friend George Weir were charged with murder.

"They knocked her in head and took her down there on Bellwood Road to his trailer and got out...got a gun and took her someplace and shot her in the back," Till said. "Left her for dead."

Betty Ballard, the family matriarch, said Weir said they took her remains to his house, set them on fire and scattered them on the farm where he lived.

"I thought well they done the same thing to Crystal that the ones done to Sherry," Till said.

Till said all of the heartbreak and anger from Sherry's murder came flooding back, the family desperate for answers.

"You know it’s sad when somebody murders your family there's nothing you can do about it...but we don't want pity," Till said. "We just want answers—want justice. We don't want pity."

The night of Crystal's disappearance was like a reoccurring nightmare the family thought they had escaped, and that was only the beginning. While they may be familiar with tragedy, the Ballards have not given up findings answers in Crystal and Tommy's cases—just like how they fought for and received answers in Sherry's death.

Sherry Ballard Barnes's story airs November 20 at 6 p.m. The UNSOLVED team will dive into Crystal and Tommy's cases starting November 20 at 11 p.m. and continuing every day at 6 and 11 p.m. through Friday night.