After being taken into custody Thursday evening, Daniel Allen and Joshua Griffin were arraigned Friday. 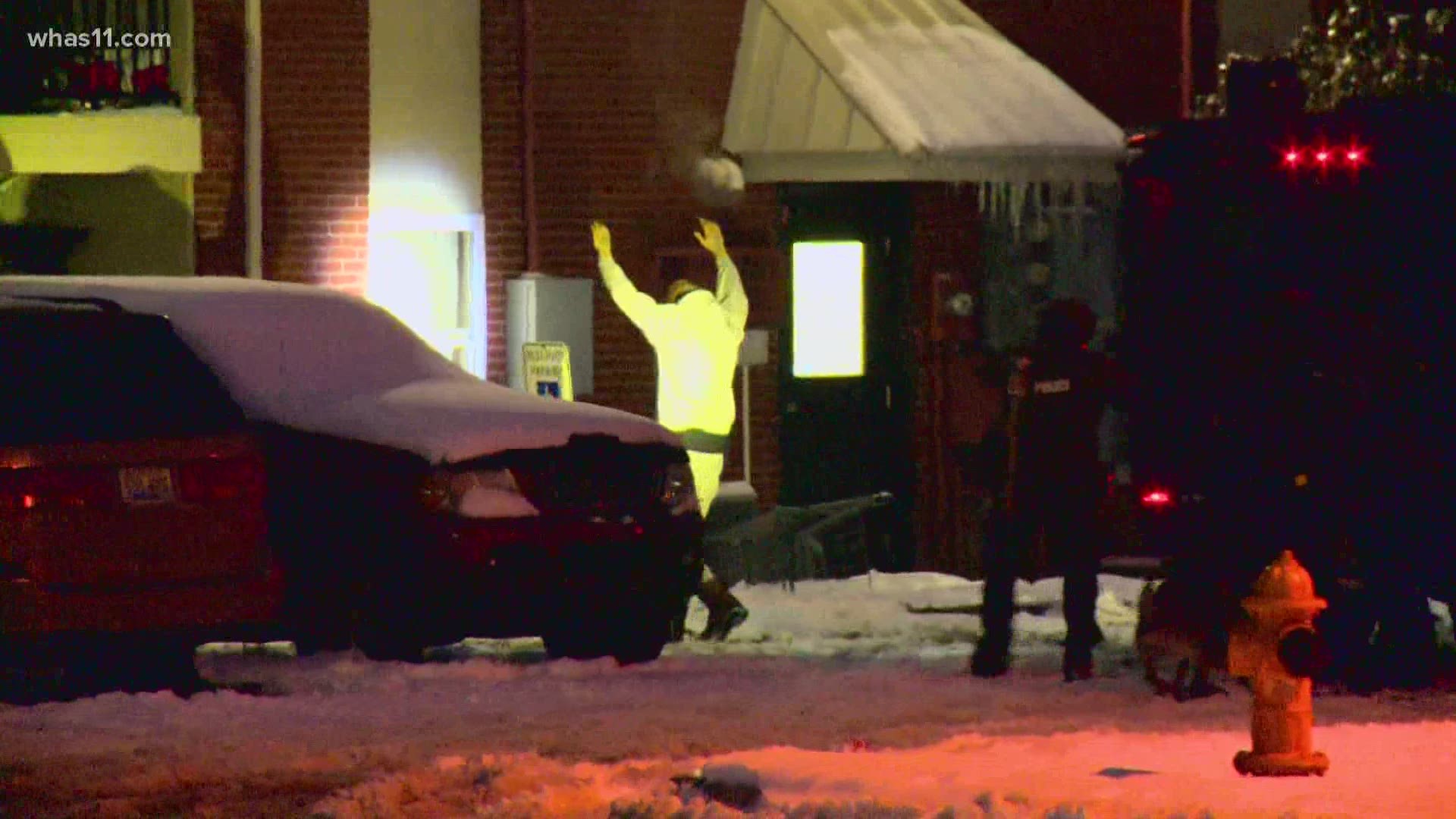 LOUISVILLE, Ky. — Two men are facing charges after a police pursuit and short standoff at an apartment complex in Okolona on Thursday.

According to police, Daniel Allen and Joshua Griffin were in a stolen Ford Expedition pulling a trailer when officers attempted to stop the vehicle on Falcon Crest Drive around 4:45 p.m. The Expedition struck a police vehicle as the suspects fled and led officers on a chase through parts of Louisville.

An arrest citation says the pursuit of the Expedition ended on Southern Parkway and both suspects attempted to run away. Officers caught Griffin and he was taken into custody, but Allen got into another vehicle and drove away.

Allen was found barricaded inside an apartment on Woodcrest Drive near Outer Loop. SWAT was called to the scene and Allen surrendered without incident.

Both were arraigned on multiple charges Friday.