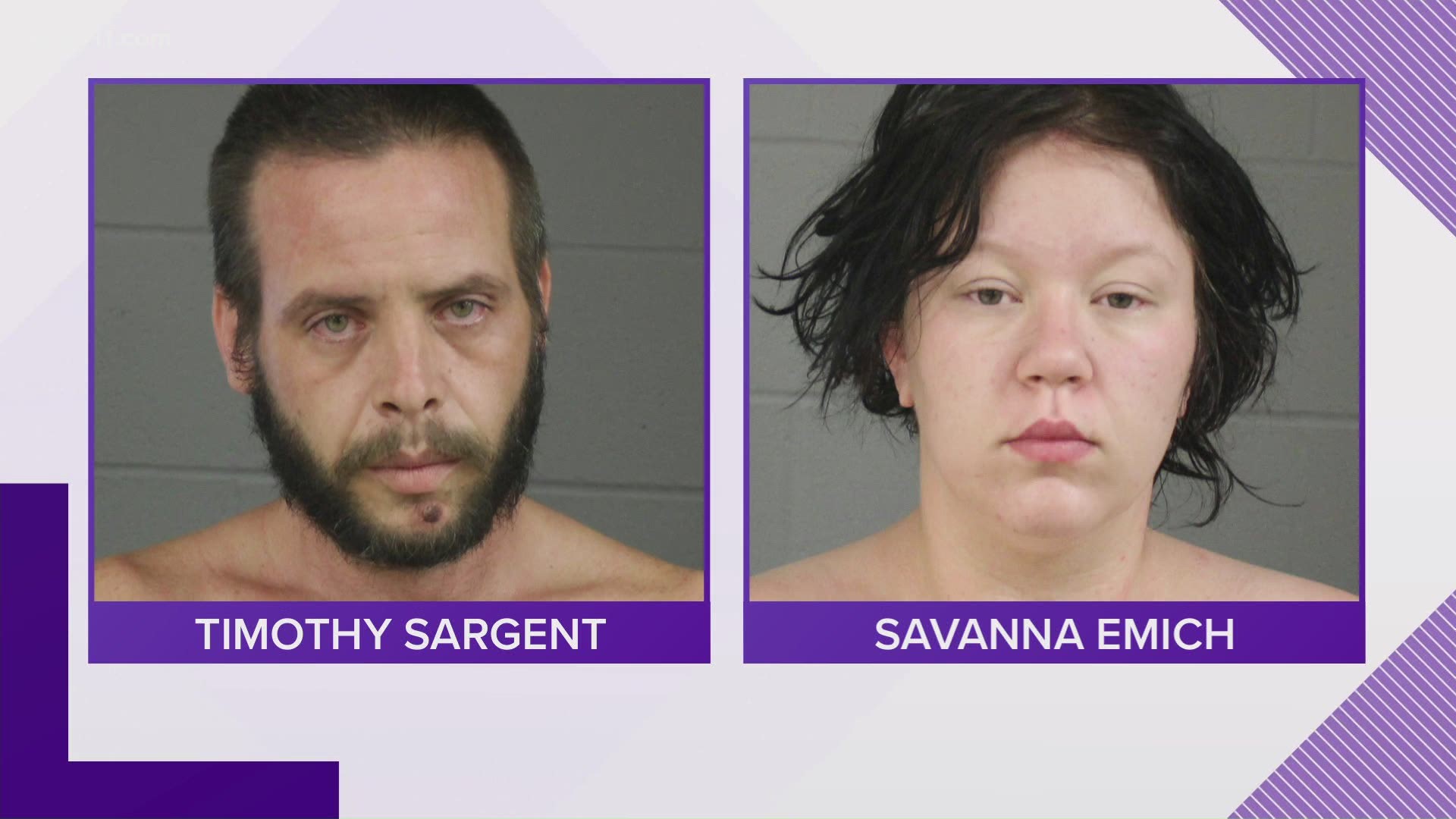 INDIANA, USA — Two persons of interest in a shooting in Harrison County, Ind. are now in police custody, according to Indiana State Police (ISP).

Sgt. Carey Huls with ISP confirmed that Timothy Sargent and Savanna Emich have been arrested after an alleged police pursuit in Sioux Falls, South Dakota.

Additional details about their arrest were not immediately available, but Sgt. Huls said more information "will follow at a later time."

All three family members were injured, but ISP believes they will all survive their injuries.

After the shooting, police believe the suspects stole a silver Chevrolet pickup truck from a nearby home.

Sargent and Emich were both considered persons of interest and were wanted for questioning in the shooting. They have not been formally charged with any crime. Their location was unknown until their arrest in South Dakota.