According to police, a woman stabbed the driver after he tried to remove her for failing to pay bus fare. 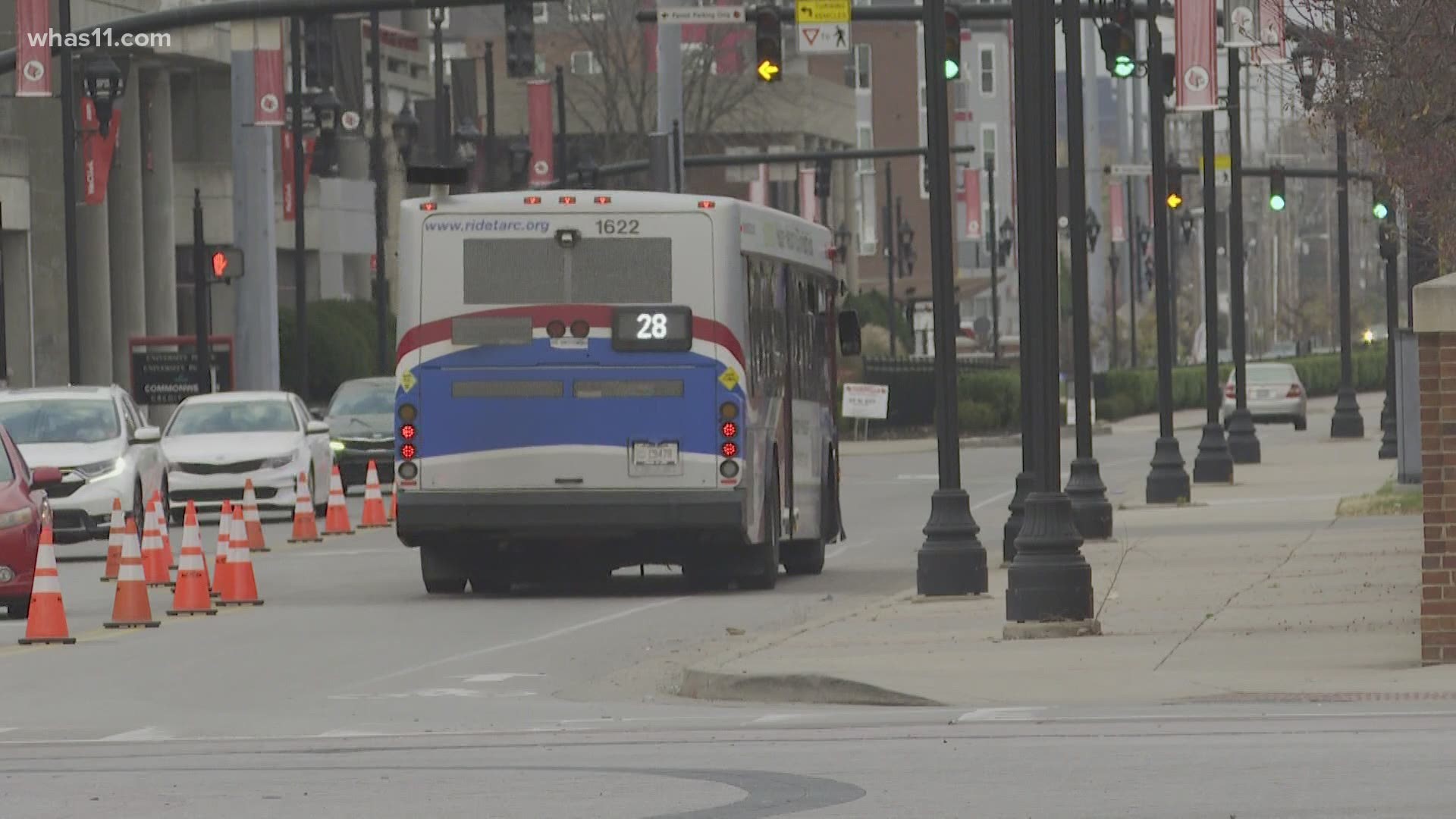 LOUISVILLE, Ky. — According to LMPD, a TARC bus driver was stabbed by a passenger after trying to remove her from the bus for failing to pay bus fare.

Around 11:45 a.m. Friday, LMPD officers responded to a report of a stabbing aboard a TARC bus.

The initial report from police indicates a female passenger boarded the bus near Floyd and Warnock Streets and failed to pay bus fare. That bus stop is in the heart of University of Louisville's campus.

"Today was definitely a hard one. One of our own, got attacked today," Brents said. "You're heart drops."

Brents says drivers getting assaulted is a bigger issue than just this incident. They would like to see legislation to better protect their drivers.

"It's not a local thing, this is something that happens nationally," Brents said. "This is one of the reasons why we need that national bus driver assault bill."

In a statement TARC said, "We are fully cooperating with Louisville Metro Police in regards to the incident that took place this morning in the 2300 block of Floyd Street. Our complete focus in this moment is on the condition of our team member and his family."

The TARC driver tried to get the woman to exit the bus and she subsequently stabbed him.

He was rushed to University of Louisville Hospital where he remains at this hour.

The woman is currently being detained for questioning.

"We are the bloodline of the community, we are what moves the city," Brents said. "We are trying to give you an honest days work, for an honest day's pay."

The identity of the woman and the condition of the driver remain unknown at this time.