Police said the suspect stole the patrol car after getting into a "scuffle" with a trooper who was trying to arrest the suspect. 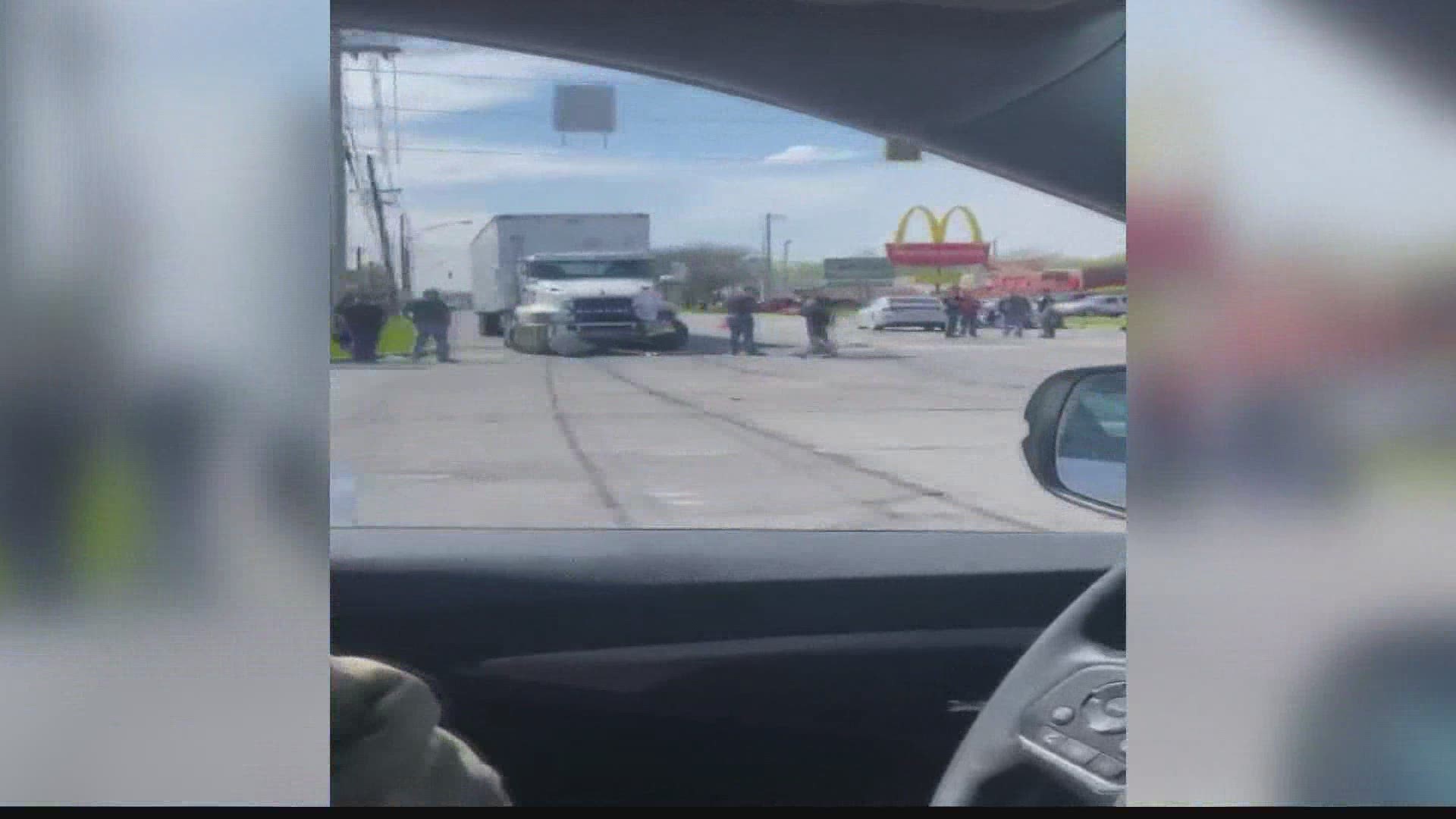 ANDERSON, Ind. — A Texas man has been released from the hospital and taken to jail for stealing a trooper's patrol car on Saturday afternoon and crashing it in Anderson after leading officers in a pursuit.

Phillip Lane Hurley Jr. has been charged with felony strangulation, felony battery against a public safety official engaged in official duty, felony robbery resulting in injury and seven other charges connected to the Saturday incident.

Sgt. Coley McCutcheon said traffic cameras caught Hurley Jr. looking into an abandoned car around 2:45 p.m. that was on the side of Interstate 69.

A trooper went to see what the suspect was doing and ended up chasing Hurley on foot and used a stun gun on him.

When the trooper tried to arrest Hurley, McCutcheon said the trooper and the suspect got into a "scuffle." Then, Hurley got up and stole the trooper's car.

The suspect led officers in a pursuit on I-69. He exited the highway, then got back onto the highway three separate times at speeds of up to 140 mph. Hurley exited the highway a fourth time and drove through a traffic light on 53rd Street and Scatterfield Road in Anderson.

McCutcheon said when Hurley drove through the light, he crashed into a car and a semi-truck.

1 / 5
Traci Miller
A suspect stole a trooper's patrol car on Saturday afternoon and subsequently crashed it in Anderson after leading officers in a pursuit.

According to McCutcheon, this is when Hurley got out of the trooper's car, ran to a nearby McDonald's parking lot and tried to steal two other cars. He kept running and was caught by Anderson officers behind a nearby Applebee's.

Hurley was taken to a local hospital to be evaluated for injuries from the crash and to be cleared to go to jail. No other substantial injuries were reported.

Police have learned the car Hurley was originally driving had been stolen near Effingham, Illinois. Hurley also has a warrant out on him from Texas for aggravated assault with a deadly weapon.

Hurley was released from St. Vincent Hospital in Anderson on Monday and transported to Madison County Jail, where he was formally arrested.

He is being held without bond for the following charges: