Donald Oliver is facing numerous charges after police say he broke into a home in the 1200 block of Homeview Drive early Sunday. 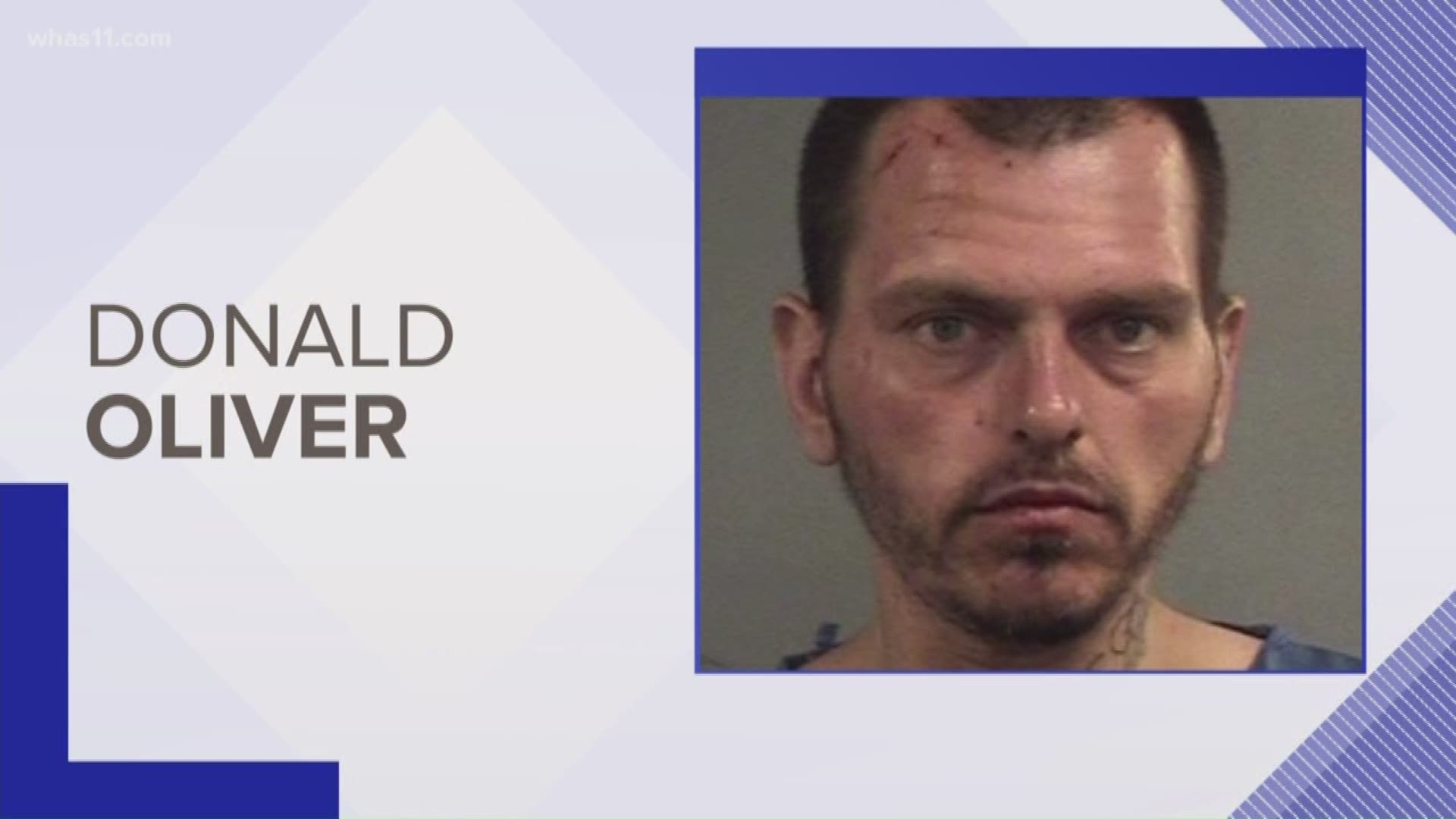 LOUISVILLE, Ky. (WHAS11) – A suspect is facing multiple charges after an apparent home invasion in the Taylor-Berry neighborhood.

Metro Police Fourth Division officers responded to a home in the 1200 block of Homeview Drive around 7 a.m. Sunday.

According to arrest records 38-year-old Donald Oliver broke into the residence through a window. Oliver then went into the owner’s 11-year-old daughter’s room, undressed and while doing so, he dropped a small bag of suspected heroin.

Oliver entered the kitchen wearing nothing but his underwear and was face-to-face with the homeowner. The homeowner demanded him to leave and that’s when police say the men got into a fight.

At some point, the suspect began to overtake the homeowner, injuring his hand. Police say the homeowner yelled for his girlfriend to help and she retrieved a gun from their bedroom and gave it to him.

The homeowner was able to get from underneath Oliver and fired multiple rounds, striking him several times.

Oliver fled the home but was caught by police a short time later.

He was transported to the hospital with non-life threatening injuries.

Police say the homeowner will not face any charges.

Oliver is facing first-degree burglary and possession of a controlled substance and fourth-degree assault.

He’s currently being held at Metro Corrections without bond and is expected to be arraigned Apr. 15.