The scoutmaster estimates the trailer and gear will cost about $10,000 to replace. 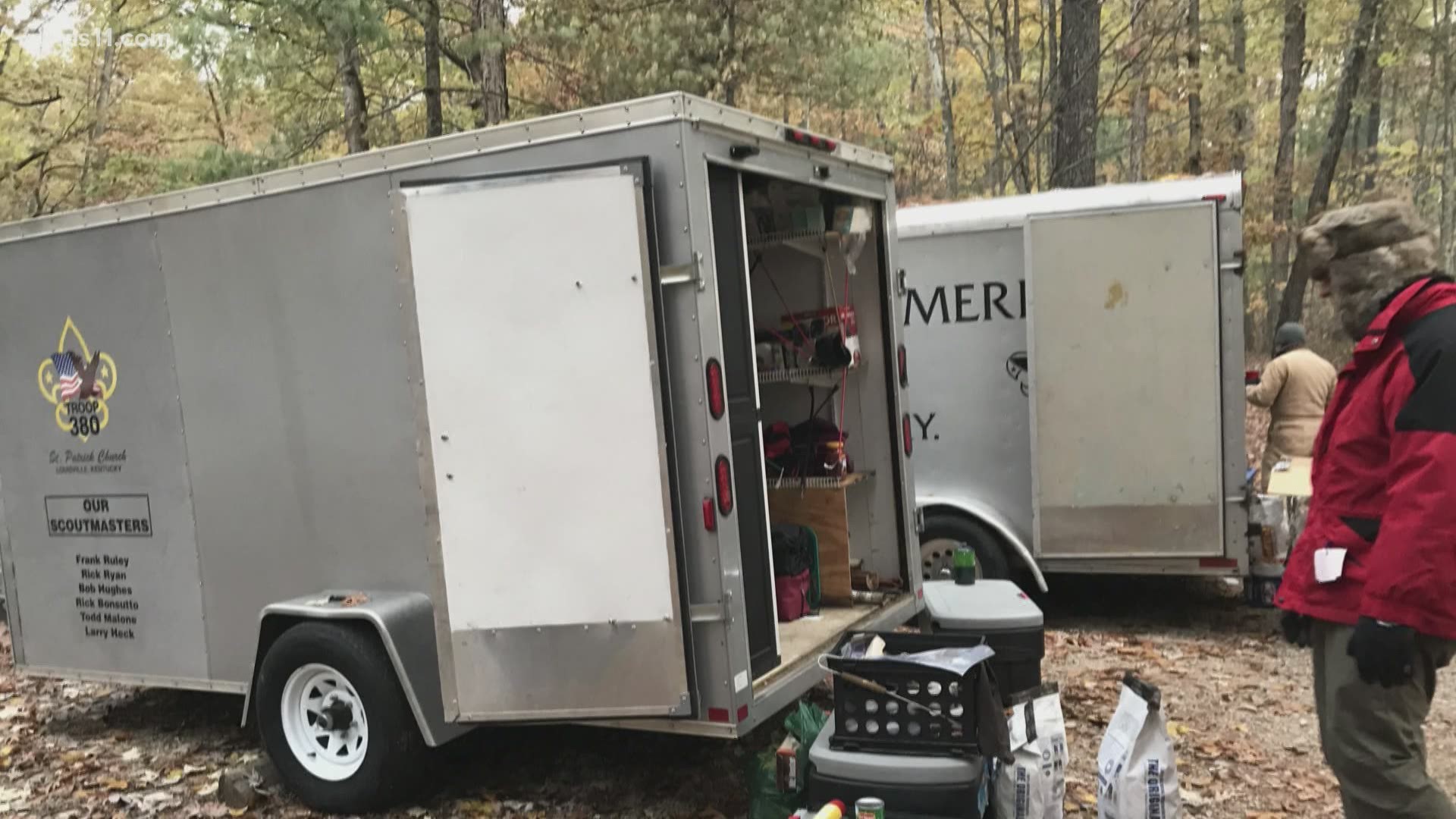 LOUISVILLE, Ky. — Boy Scout Troop 380 stores all of the gear used in their monthly camping trips in one trailer. That trailer is locked up and secured in the parking lot of St. Patrick's Catholic Church on Beckley Station Road. But last weekend, a thief cut the locks off of the trailer and stole it, according to the scoutmaster.

"There's no ifs, and or buts about it that its for Boy Scouts. It says it on trailer. It's pretty obvious so to have someone forget about that and take the trailer -- it's a disappointment," Scoutmaster Brian Weaver said.

The silver trailer, which reads "Boy Scout Troop 380" on the side, was stolen overnight, before Sunday church services last weekend.

"We're trying to figure out what's the best path forward to get all of the gear replaced assuming that the trailer doesn't show back up,' Weaver said.

Inside the trailer there is thousands of dollars of camping equipment including tents, coolers, stoves and more. The troop members purchased the items through fundraising over the last several years- and used it for monthly camping trips.

Weaver said, "I'm sure its going to be disappointing to them that they've put in all the hard work selling popcorn for the gear that they enjoy and then all of the sudden someone just would take it all away from them."

It's the first time this Louisville boy scout troop has experienced any trouble with their trailer but its not a first for our area. At least two other boy scout trailers have been stolen in the last year. One was returned in about a week but the other hasn't been recovered.

"We're hoping that its not a trend and that the person who is responsible for it will do the right thing and bring it back to us," Weaver said.

You can help the troop by sharing this story. If you have seen the trailer, report tips to police at 574-LMPD.