Decedric Binford was taken into custody after allegedly assaulting a victim with a knife at a Palmetto Circle apartment complex. 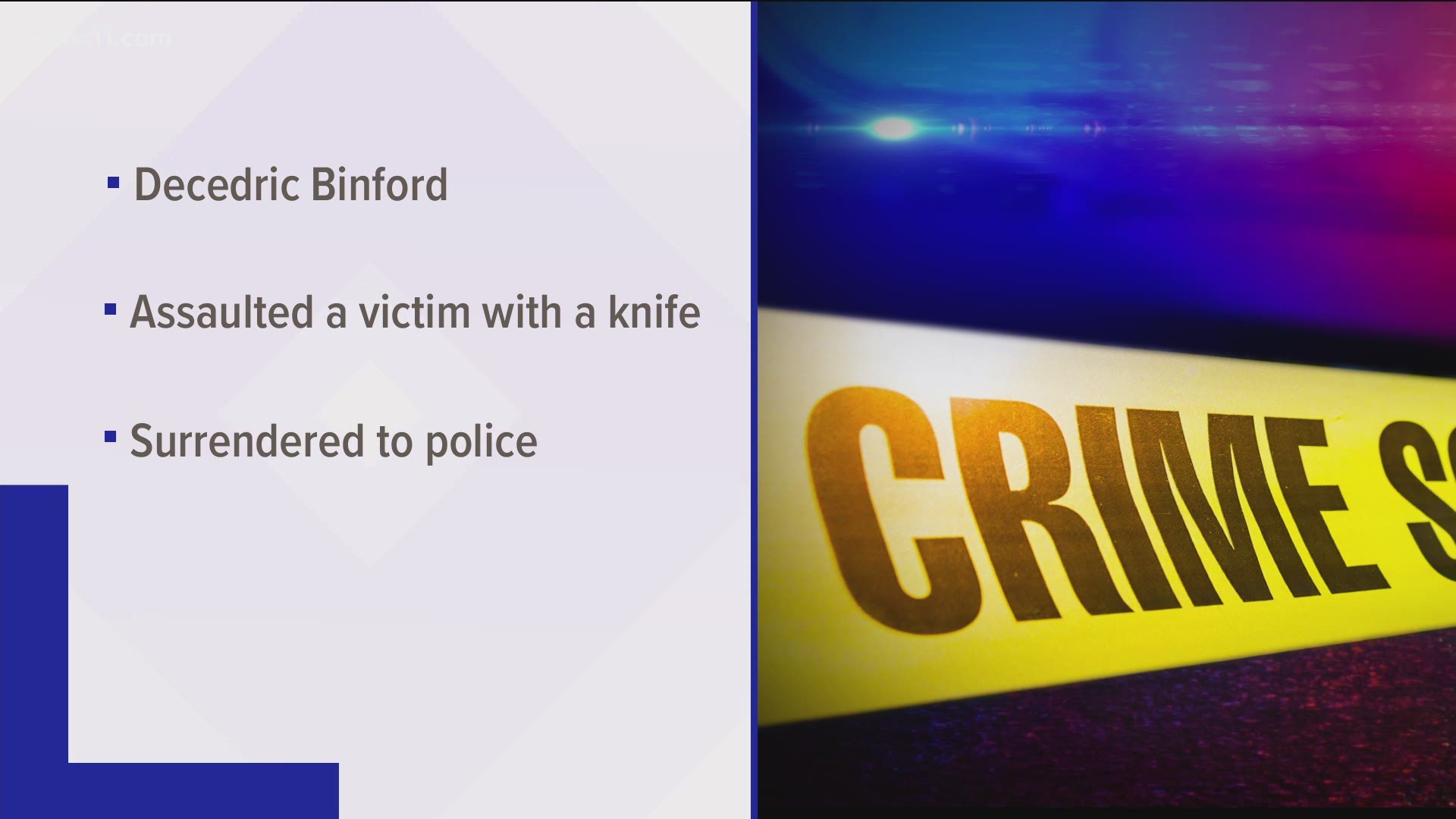 LOUISVILLE, Ky. — Police have taken a man into custody following standoff in Jeffersontown.

According to a Jeffersontown Police news release, officers responded to the 2900 block of Palmetto Circle around 3:45 p.m. after reports of a man assaulting a victim with a knife.

Police said the victim and child were able to flee to safety. That’s when the suspect, later identified as Decedric Binford barricaded himself inside the apartment.

Officials with Jeffersontown Police then reached out to Louisville Metro SWAT for assistance.

Binford surrendered to police around 6 p.m. and was taken into custody.

Binford is currently on home incarceration for a May 2020 incident for shooting a Metro Police officer.

It’s unclear when he will face arraignment.