Investigators say Dixie, a 9-month-old Border collie mix, was shot three times with a pellet gun while her owners were not home. 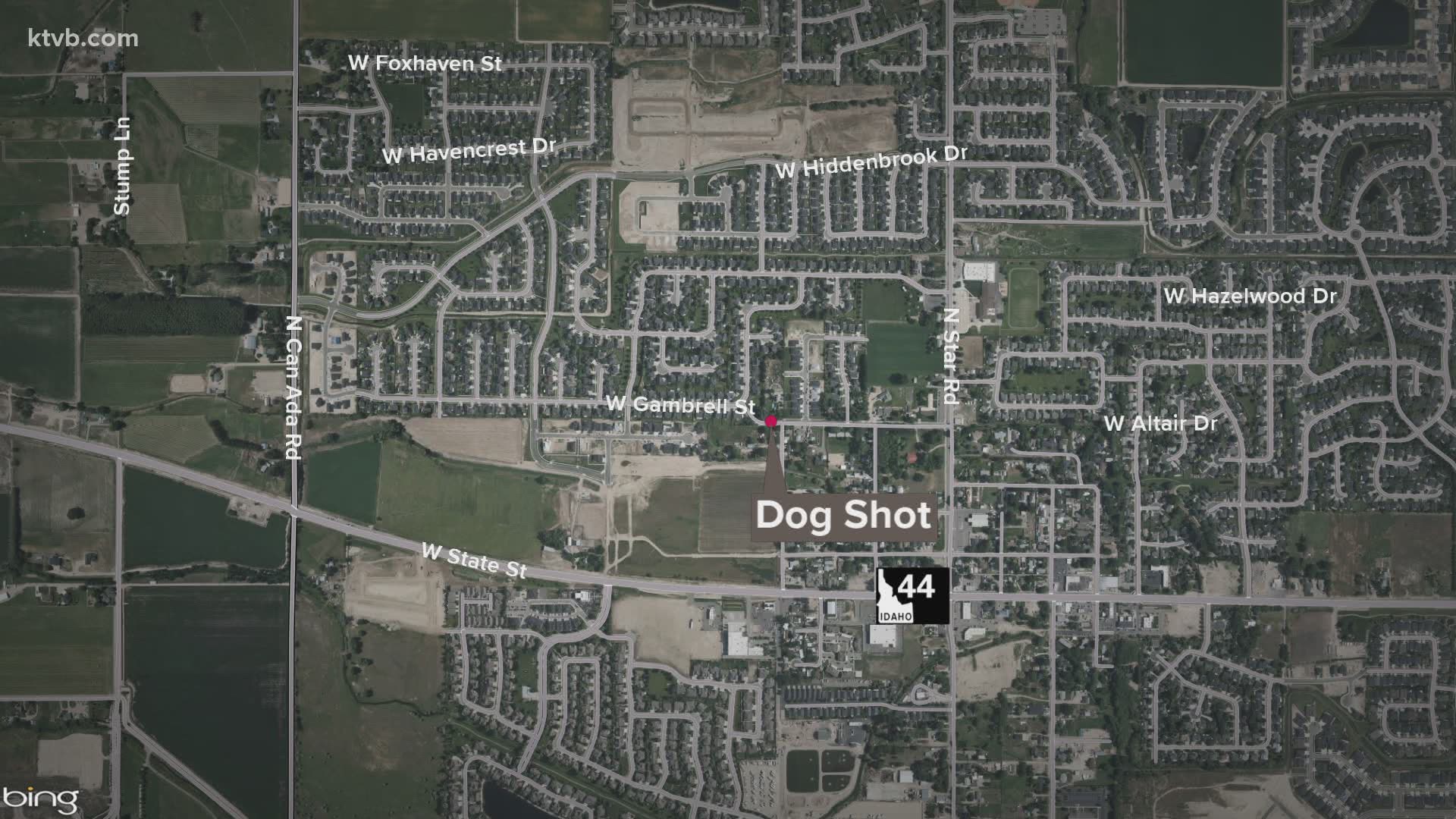 STAR, Idaho — The Ada County Sheriff's Office is investigating after a pet dog was shot and fatally wounded in her own backyard.

The shooting happened Monday at a home on West Gambrell Street, just off of Star Road and State Street.

The resident told deputies that he had come home that afternoon to find the family dog, a 9-month-old Border Collie mix named Dixie, lying injured in the yard.

The family rushed Dixie to the vet, but she died from her injuries. The veterinarian determined that the dog had been shot three times with a pellet gun.

The rounds that hit Dixie were "diablo" pellets, a common ammunition for airsoft guns, according to the sheriff's office.

The dog had been left in a fully-fenced backyard when she was shot. The family was not home during the day, and there is no evidence of a break-in, investigators say.

Deputies spoke with neighbors and are continuing to investigate the shooting, but do not have any leads at this time. Anyone with information about what happened is asked to call Ada County Dispatch at 208-377-6790.