This past Saturday, date night for Elizabethtown officers Chase and Nicole McKeown quickly turned into a work assignment. 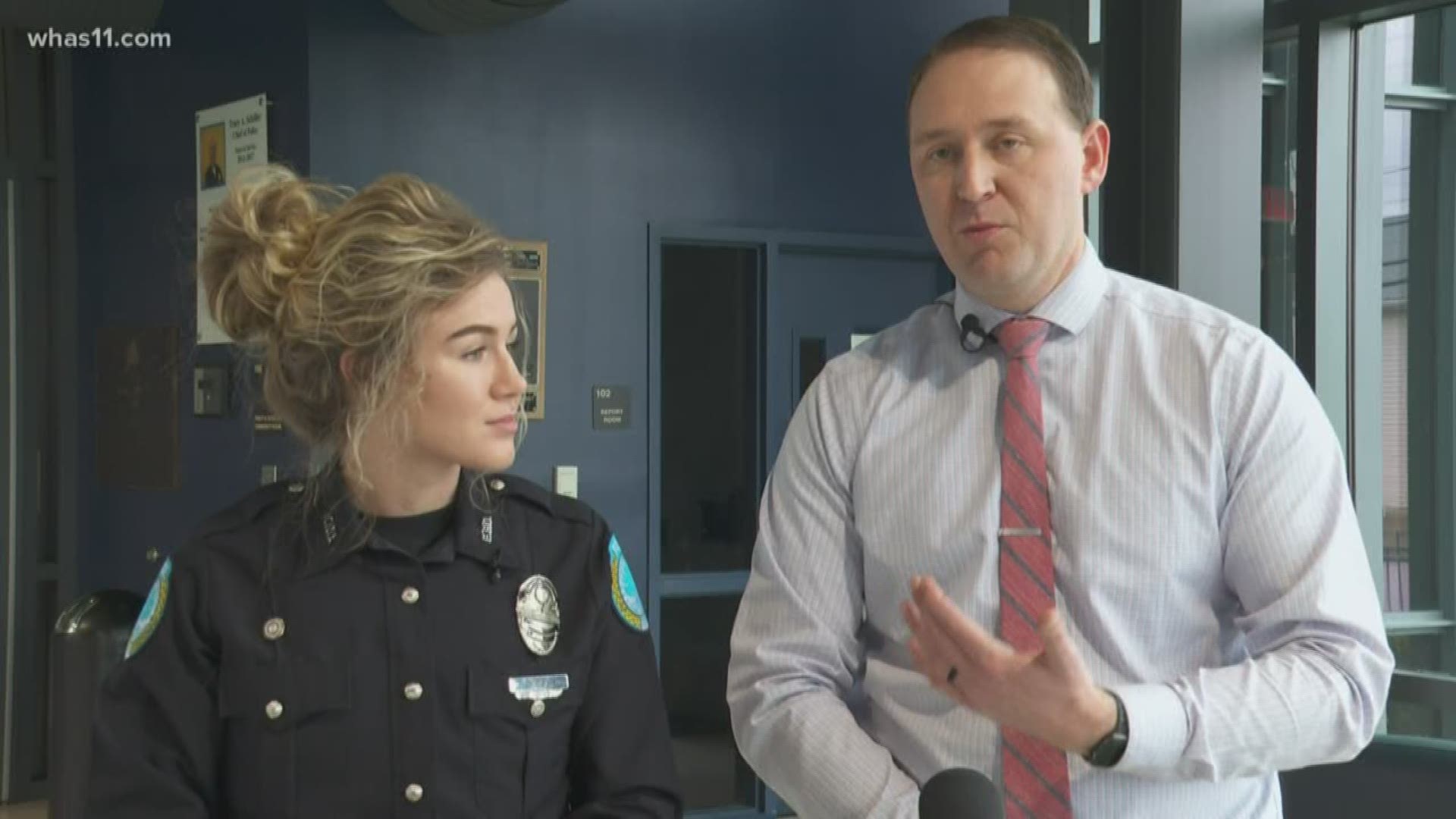 LOUISVILLE, Ky. (WHAS11) -- Chase and Nicole McKeown have only been married for six months, but they already know a strong marriage means making time to spend with your partner. What they didn't know was how memorable their time together this past weekend would be.

"Every week, make sure we have a date night," Chase said.

This past Saturday, date night for the couple from Elizabethtown took them to Louisville, where they decided to get dinner at the Raising Cane's restaurant at Mid City Mall on Bardstown Road.

"That's actually where right after we got married, that's where we ate dinner," Nicole said. "Same location."

"Generally when we go away from home, it's to be away from the job," Chase said. "We don't have to worry about seeing people we know. This is not how it turned out this time."

The McKeowns were enjoying their meal when police said Justin Carter, 30, walked through the doors of the restaurant. Surveillance video provided by LMPD shows Carter wearing a mask, walking up to the counter and showing the employee a gun. Police said Carter than demanded money from the employee.

What Carter did not know was that the McKeowns are also police officers with the Elizabethtown Police Department. While they were off duty, the McKeowns said they know they are never truly off the clock.

"There was literally no question," Chase said. "We looked at each other - is this happening? Let's go."

Another tip about a strong marriage from the McKeowns - always have your partner's back.

Chase and Nicole took out their guns and yelled at Carter to drop his weapon. Carter then ran out the door, leaving his gun behind. The McKeowns gave chase and later arrested him a short distance away on Beechwood Avenue.

Carter is facing several charges, including robbery, receiving a stolen firearm and possessing a firearm as a convicted felon. The McKeowns have been praised as heroes, but they said they are not looking for any accolades. They said they were just doing their jobs.

"When it comes to people's lives in danger, I feel like any other officer here would have done the exact same thing - get the bad guy," Nicole said.

"We weren't exactly prepared for what we got into that day in terms of, hey, let's get into something," Chase said. "But like she said, it's always there and when something happens, we're trained for it."