Remembering siblings murdered in their home

There has been an outpouring of support for the family of 15-year-old Ashlynn Nelson and 16-year-old Nicholas Nelson. 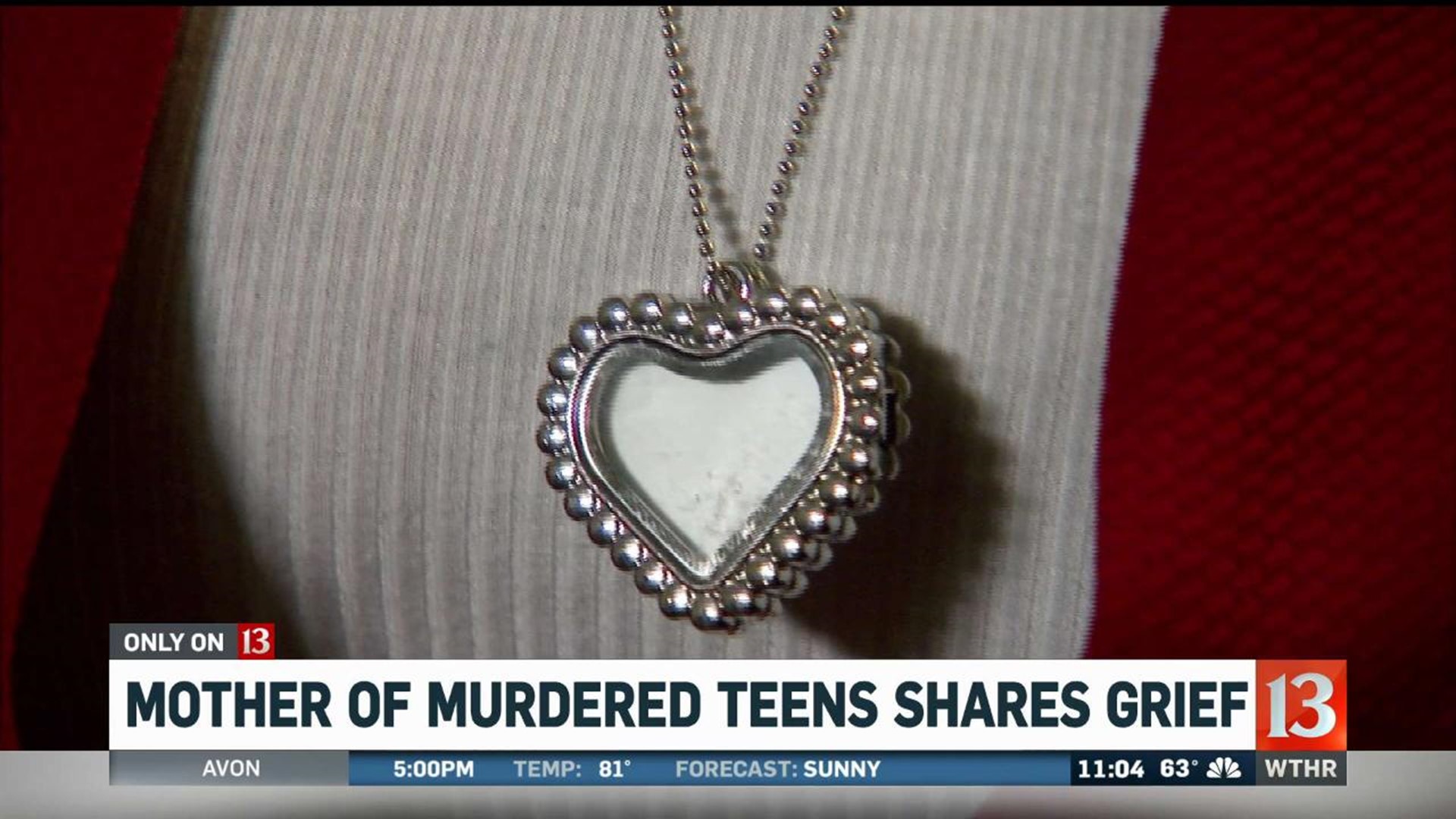 INDIANAPOLIS (WTHR) — The mother of the two Lawrence North High School students who were murdered in their east side apartment is sharing some of her most precious memories.

Antonia Bailey sat down with Eyewitness News for an exclusive interview about her 15-year-old daughter Ashlynn Nelson and her 16-year-old son Nicholas Nelson.

The interview gave Bailey a few public but private moments to reflect, smile and even laugh about what she calls the short time on Earth with her two eldest children.

Every day since their murders have been a real struggle.

“I am just trying, trying to get through this,” said Bailey. “I don’t know how but I know eventually it will get a little better.”

Despite the pain she’s living right now, Bailey wants everyone to know there is an untold story about her murdered children.

She and Ashlynn liked much of the same things especially hoop style earrings. Ashlynn was the outgoing person in the family.

Bailey shared photos of Ashlynn, who was known for brightening the room with personality and adding color to express herself.

"Ashlynn, she loved turquoise, bright popping colors that expressed her personality I feel. She loved to have them edges (hair) layed honey,” said Bailey.

Ashlynn also loved to be around friends. But you could easily find her posing for photos with her big brother Nicholas. They never missed an opportunity to show off their million-dollar smiles.

Nicholas quickly became known as the more studious one in the family.

He always obeyed mom by coming home right after school.

He did chores for his grandmother which even included yard work that many teenagers would rather not do. But Nicholas enjoyed making his grandmother smile by helping in her yard.

But his regular hangout was easily The Marion County Public Library. That’s where he went to not only play and research video games but also grab books and sit for hours reading.

He had big dreams of becoming a video game designer with a couple of creations already under his belt.

“He would stay at the library until it was closing, if not close to closing,” Bailey said.

Nicholas fell in love with fencing thanks to his mentor who challenged him to the sport and taught him how to spar.

Bailey shared photos with Eyewitness News of Nicholas with both his sisters, which includes her 6-year-old daughter.

Nicholas took pride in being a big brother.

He also took pride in doing good for others. Bailey shared how even at a young age, he expressed putting others before himself when it comes to prayer.

“I asked him what does he pray for when he prays,” said Bailey. “He told me he doesn't pray for himself because he feels it's selfish and there are so many people in the world that doesn't have anything."

Her son’s response gave her so much pride that she shared it on social media for other young people and parents to read.

But since her children’s tragic murders, Bailey has been off social media to help stay focused.

She shared that her 6-year-old daughter is watching her closely and how important it is for her to be strong for the only child she has left.

Despite the dozens of candles, bunches of flowers and countless teddy bears outside their Post Brook Apartment where the siblings died, Bailey feels nothing will ever come close to telling the story of Ashlynn and Nicholas.

Bailey and her family are experiencing the love from all over the city.

An account is set up in Bailey’s name at 53rd Bank to help with funeral and other expenses.

Family, friends and supporters hope to come up with enough money not only to cover the funeral costs, but to also help the grieving mother and her 6-year-old daughter never to return to the apartment where she lost her children.

The family confirms to Eyewitness News that there is now only one verified GoFundMe page open for donations.

The funeral service for Ashlynn and Nicholas will be held on Saturday, Sept. 7 at Mt. Carmel Baptist Church located at 9610 E 42nd Street.

Visitation will be open from 11 a.m. to 1 p.m. with the service immediately following. The graveside service will be reserved for immediate family and friends only.