Christian Martin is facing several charges including murder and arson in connection with the deaths of a couple and their neighbor in Christian County. 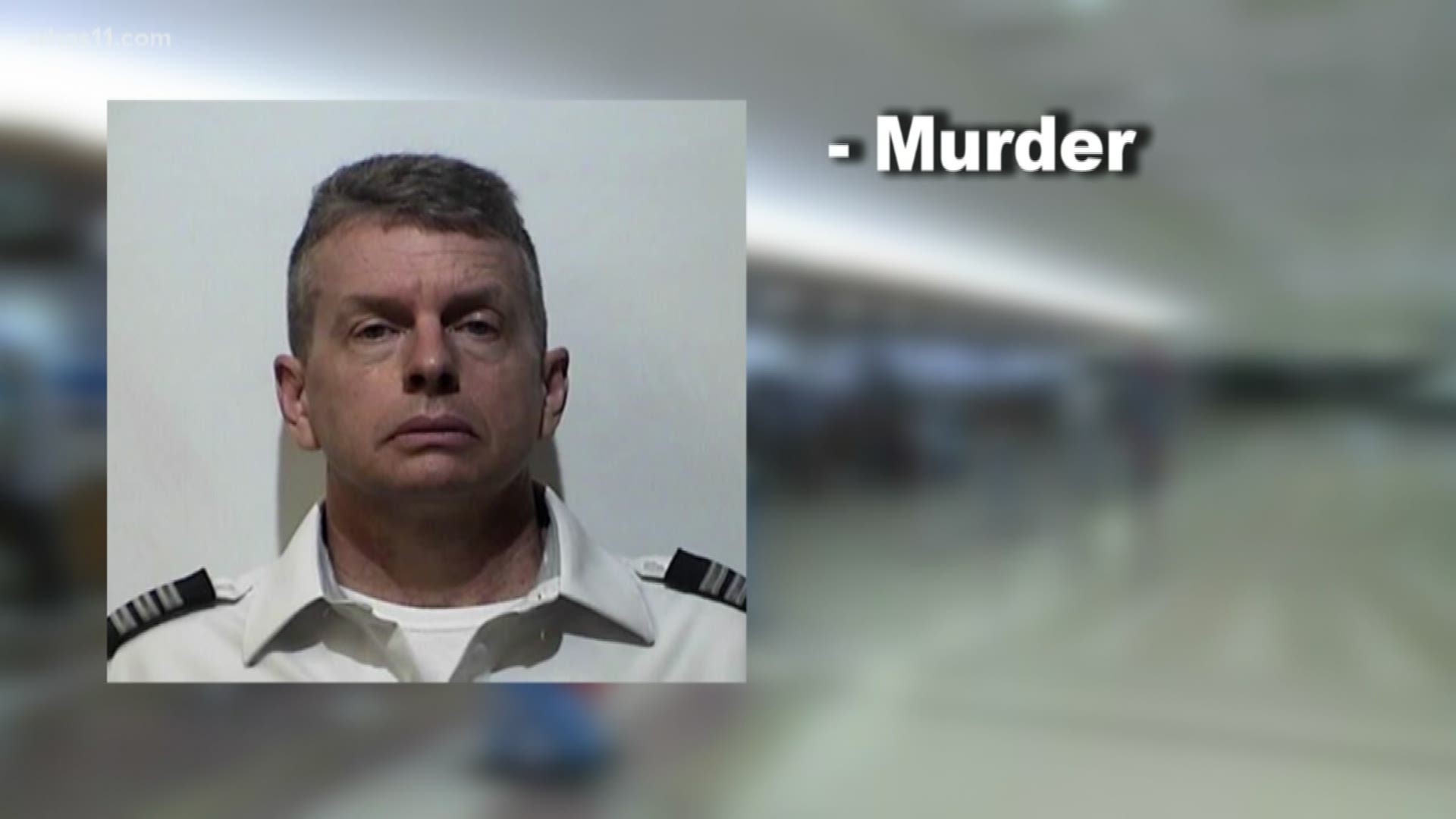 LOUISVILLE, Ky. — A man indicted for the 2015 murders of three people in Christian County, Kentucky was arrested at the Louisville International Airport on Saturday morning.

According to the Attorney General's Office, Christian Richard Martin was taken into custody with the help of the United States Marshall's Service, the Christian County Sheriff's Office, and Louisville Metro Police.

Martin has been indicted on three counts of murder, one count of arson, and several other charges in connection with the brutal deaths of Calvin and Pamela Phillips and Edward Dansereau in November of 2015.

According to police, Calvin Phillips was found shot to death in his home in Pembroke, KY and the bodies of Phillips' wife, Pamela, and their neighbor, Edward Dansereau, were found a few miles away in a cornfield in a car that had been set on fire.

"Every day, we are haunted by what was done to them and haunted further that someone was still free to do as they wish, beyond the civility of mankind or laws of our nation," the family of the victims said in a statement. "We are overwhelmed with this positive step towards resolution for people we love dearly."

Martin has worked as a pilot for PSA Airlines since January of 2018, according to the American Airlines Director of Operations Communications. He has been placed on administrative suspension pending the outcome of the investigation. Martin was subjected to a criminal background check, but no information was revealed that would disqualify him from being a commercial pilot.

“All of us at American Airlines and PSA Airlines are deeply saddened to have learned about these allegations from 2015. Our team was made aware of the indictment this morning after his arrest at Louisville International Airport. We have an unwavering commitment to the safety and security of our customers and team members, and we will provide any investigative assistance possible to law enforcement throughout their investigation.”

The Attorney General's Office said that Martin had moved from Kentucky to North Carolina after the murders. He will be returned to Christian County to await trial and a judge has ordered he be held without bond.