Documents show the parents have several prior reports of child abuse against them. 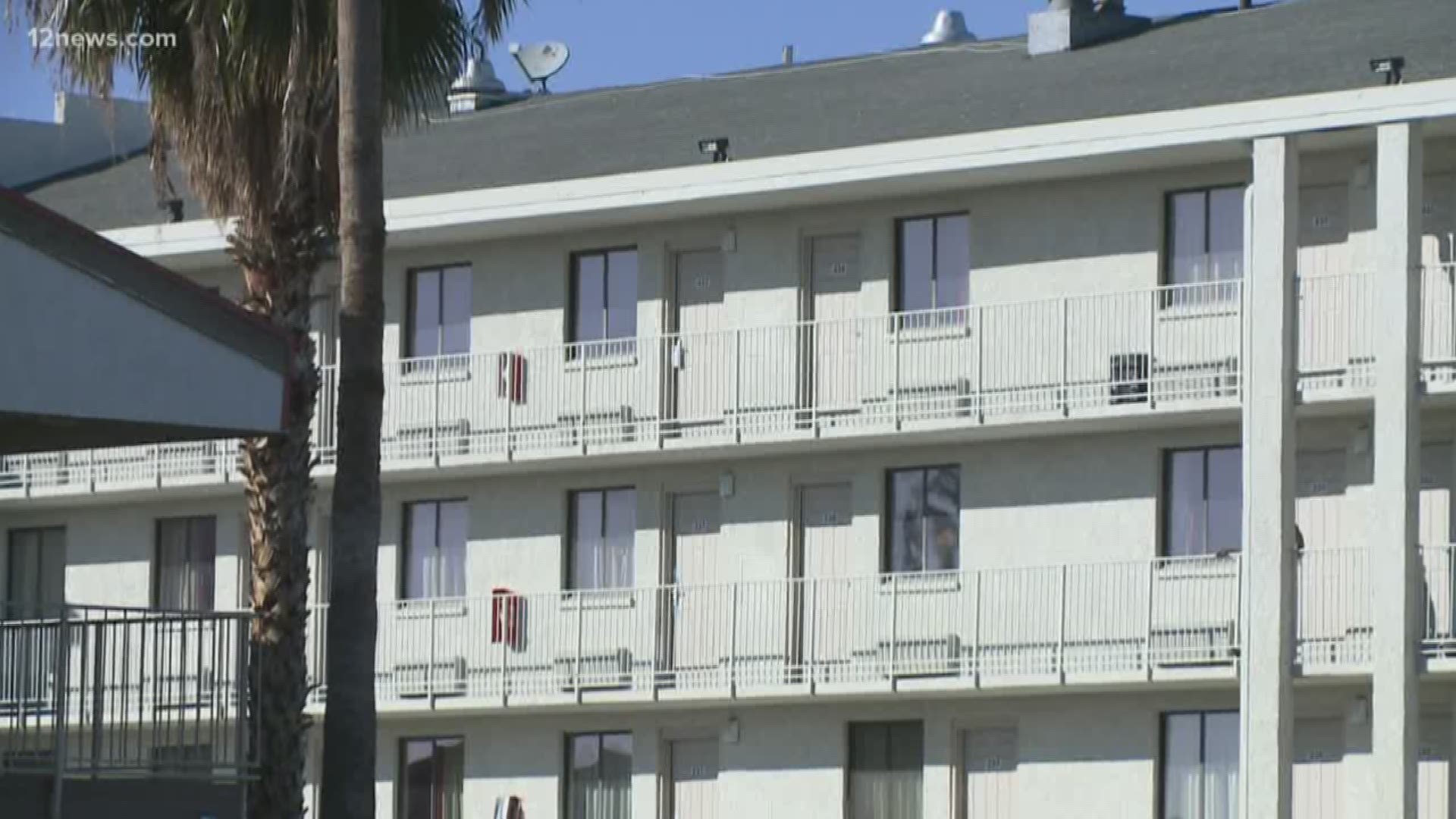 PHOENIX — A 1-month-old is dead and four other children are now in the state's care as their parents are in jail on charges of child abuse.

Court documents paint a grim picture of what life was like for the five children.

Police said they got a call January 5 from the Phoenix Inn near Interstate 17 and Northern Avenue.

Investigators found a 1-month-old boy dead in the room.

Police interviewed the baby's parents, Donald Roy Ferguson and Emmaline Amelia Ramierez, who told them the baby was having trouble breathing and was choking earlier that evening.

Instead of calling 911, police say the parents went on with their night until the boy became unresponsive.

Documents say Ferguson went outside to call his employer while Ramirez performed CPR and called for help, but it was too late.

The other children living in the home were found in terrible shape.

The children, ages 6 and younger, were found wearing soiled diapers and covered in dirt. Documents say they were infected with lice and had insects crawling out of their ears.

A 15-month-old was also found to have multiple skull fractures.

In an interview with police, Ramirez said the father gets angry and violent.

One of the children told police their dad threw the 1-month-old who had died on the ground, documents say.

Both parents are charged with seven counts of child abuse.

Documents indicate Ferguson and Ramirez have had several prior reports of child abuse against them.

• 2 dads brought their kids to US to seek asylum. Instead the kids were taken away, placed in foster care and sexually abused, lawsuit claims

Knowing the facts about child abuse can make a difference. Here is a list of resources with information on how to identify and prevent child abuse and neglect.