Tony Moore said he hasn't been able to sleep since someone used his garage door opener to enter his house while his family was asleep. 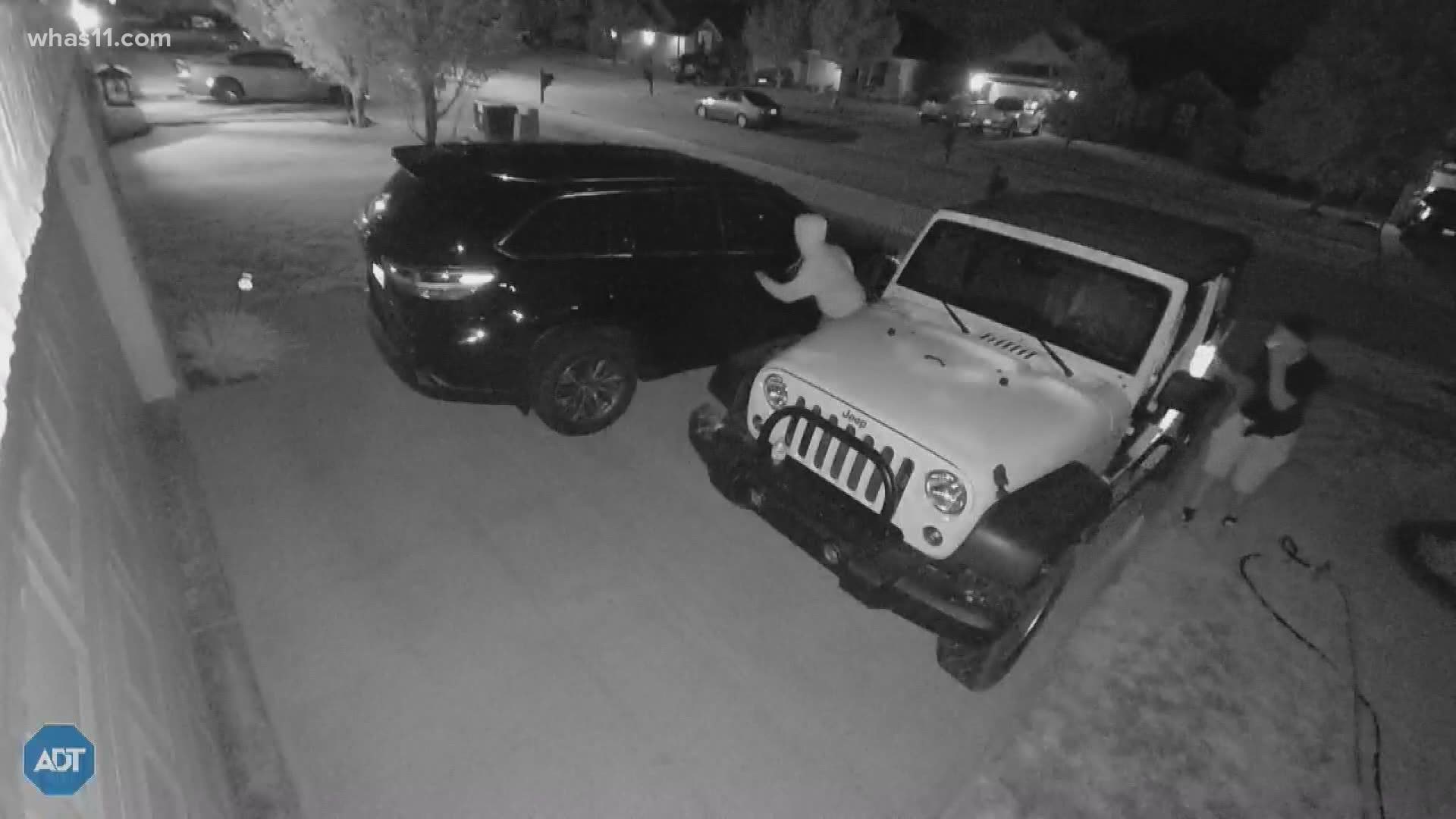 OLDHAM COUNTY, Ky. — After a string of car break-ins in Oldham County, homeowners are encouraged to make sure they are not an easy target.

Unwelcome visitors have stolen cars, guns and money in the past couple of weeks. The crimes involve people rifling through unlocked cars, looking for valuables.

One family, though, learned that even if they do not have anything of value in their car, leaving it unlocked put them in even more danger.

Tony Moore said people went through his neighborhood, lifting door handles and searching unlocked cars. While his beloved Ford Mustang was locked, a work truck in the driveway brought suspects to an even bigger discovery.

"In my dwelling, where I live, where I sleep at night, where my wife and my child lay their head at night…came inside," Moore said.

"They hit the garage door opener and walked right into the garage and grabbed my keys, they grabbed my wallet out of my pants that were laying on the floor," Moore said.

Moore said his Ring system alerted his phone in the middle of the night, but he was too groggy to respond after a long day at work.

"I was reaching for the phone, then I said nah you know what...then put it back down," Moore said. "I mean, let me just put it this way, we were three seconds away from it could have been a massacre, because they're inside my house. I got a wife and child, I'm protecting my family. That's the main importance."

A neighbor said her husband found two garage door openers tossed in their yard after the thefts. Moore said he has not been sleeping at night, thinking about whether they could return to his house.

Moore's neighborhood is just one of multiple Oldham County neighborhoods that has reported break-ins in the last two weeks. Police said they have taken money, credit cards, guns and cars.