What began as an investigation into a stolen car ended with an officer-involved shooting in Louisville's Taylor Berry neighborhood. 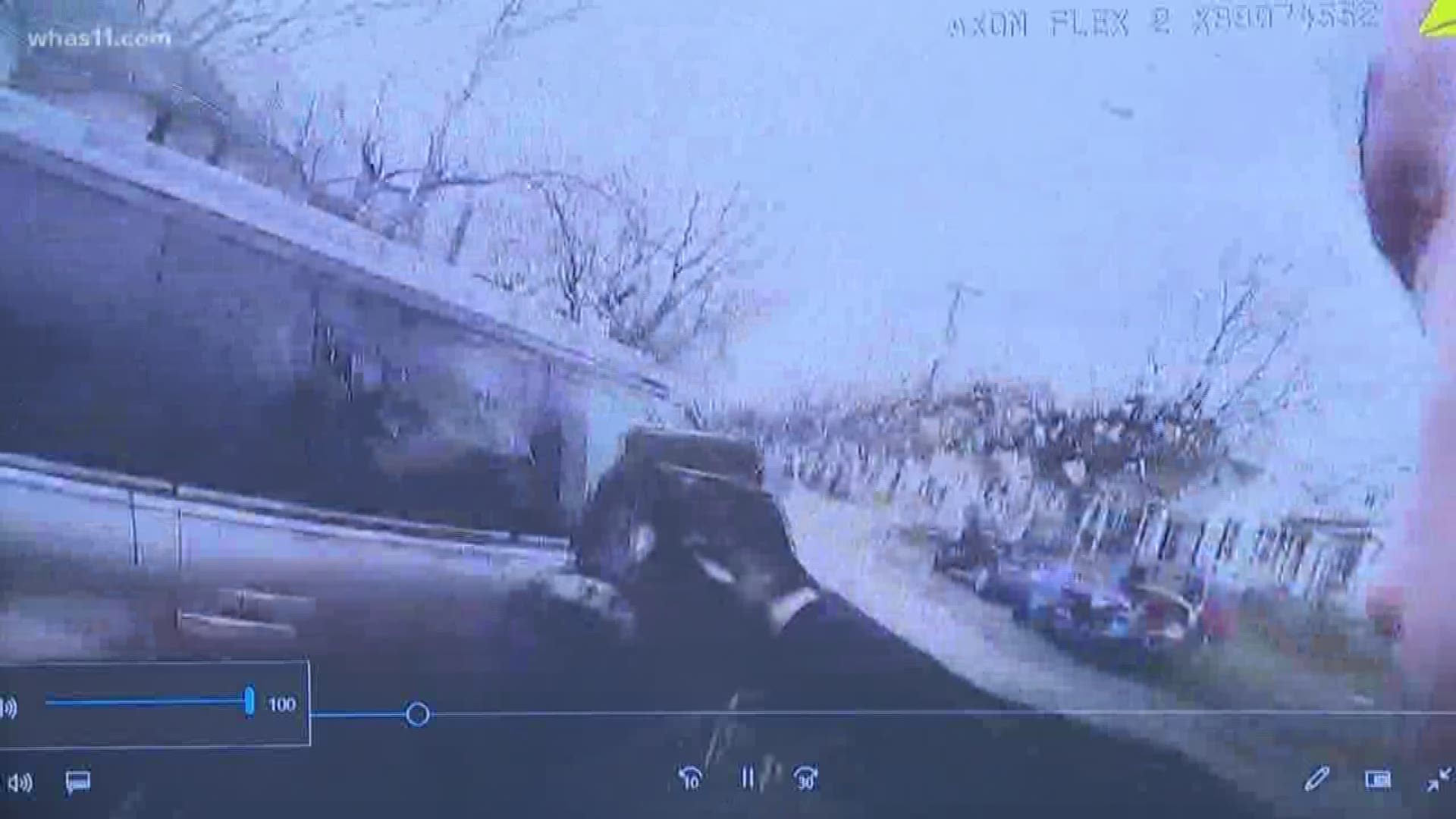 According to LMPD Major Jamey Schwab with the Special Investigations unit, LMPD officers were flagged down by an Enterprise Rental employee at the LMPD Training Academy around 2 p.m. The employee told officers a Ford Flex, which had been stolen from Enterprise, was spotted near the Walgreens at 700 Algonquin Parkway.

After verifying the license plate, LMPD confirmed the vehicle was stolen and headed to the scene.

LMPD officers approached the vehicle while giving the suspect loud verbal commands. Officers said the suspect, identified as Thomas Edwin Brooks, refused to obey the commands. Instead, he backed up the vehicle and accelerated toward Officer Jason Maguire, striking him.

Brooks drove away, and officers chased him to a home on Euclid Ave., where he ran into a fence. He then attempted to run from police but was caught and taken into custody.

Brooks was treated for a gunshot wound at University Hospital before being booked at Metro Corrections for multiple outstanding felony warrants. He faces additional charged of fleeing and evading police, attempted murder of a police officer and receiving stolen property over $10,000.

Police have not identified any connection between Brooks and the homeowners at the property where he wrecked the vehicle.

"That was one thing we were looking at. Why did he flee to that house? At this point in time we have not identified any connection between the two," said Schwab.

Officer Maguire was not injured. He has been placed on administrative reassignment while the investigation continues. Maguire is a 4th division officer and joined LMPD in 2015.

Maj. Schwab said another officer was injured during the pursuit. He struck a utility pole at Montana Ave. and Weller Ave. and was treated for injuries to his arm at Jewish Hospital. LMPD’s Traffic Unit is investigating that collision.