Wesley Heintz, 27, was taken into custody after police said they found a man dead following an apparent heroin overdose Sunday. 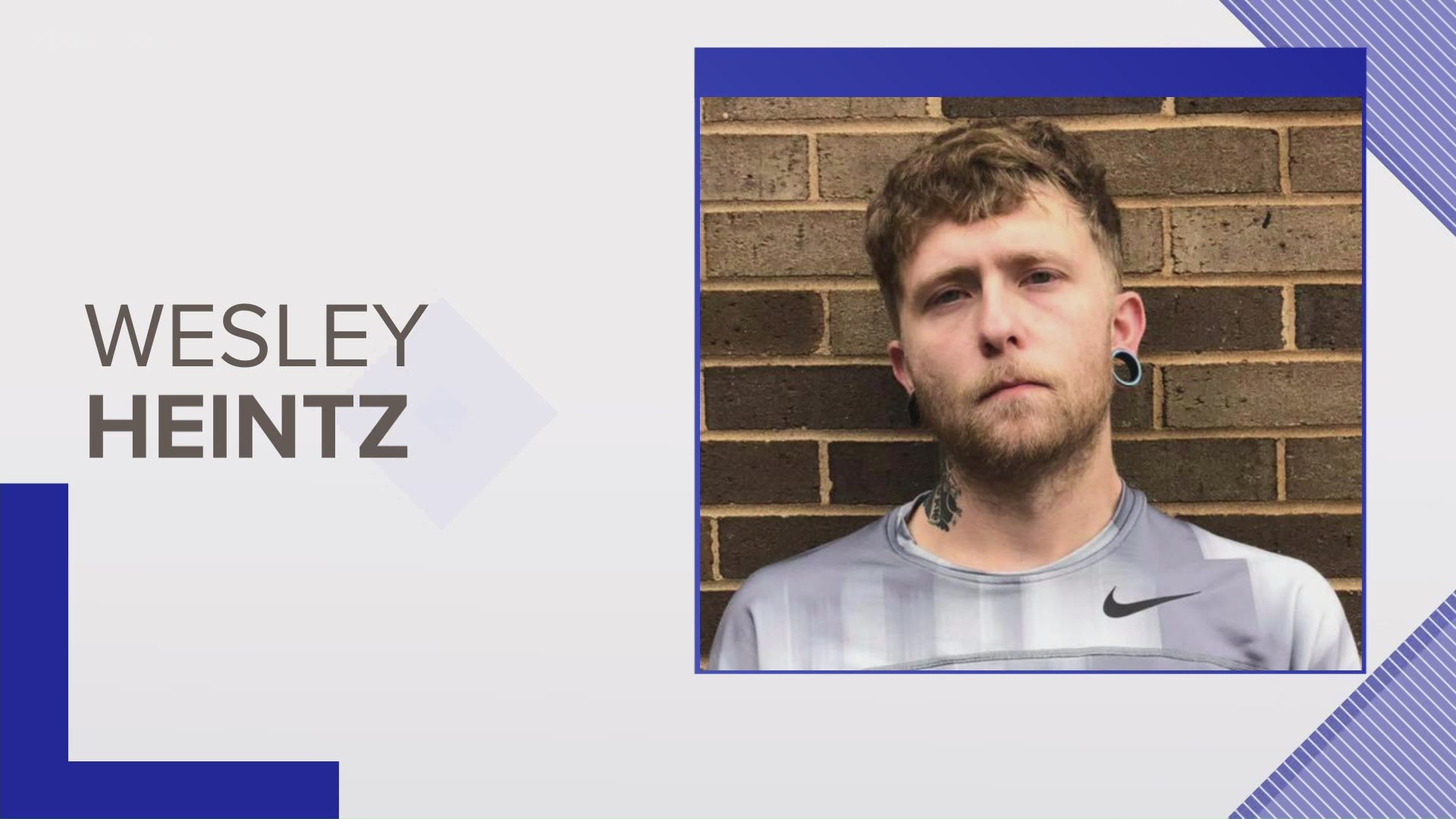 LOUISVILLE, Ky. — A Nelson County man is facing charges in connection with a death investigation.

According the Nelson County Sheriff’s Office, deputies responded to a home Nat Rogers Road in reference to a death investigation.

Authorities say a 23-year-old man was found dead inside a vehicle from what they believe was an apparent heroin overdose.

The NSCO said the investigation led them to a search warrant being executed at a home on Nelsonville Road.

Authorities said 27-year-old Wesley Heintz of Boston, Kentucky was then taken into custody for questioning.

Further information in the incident was not revealed, however, Heintz is facing trafficking in a controlled substance – heroin, trafficking in marijuana, possession of drug paraphernalia and manslaughter.