One day after he was arrested at the Louisville Muhammad Ali International Airport in connection with a triple homicide, a neighbor spoke with the media about the man he knows as Christian Martin. 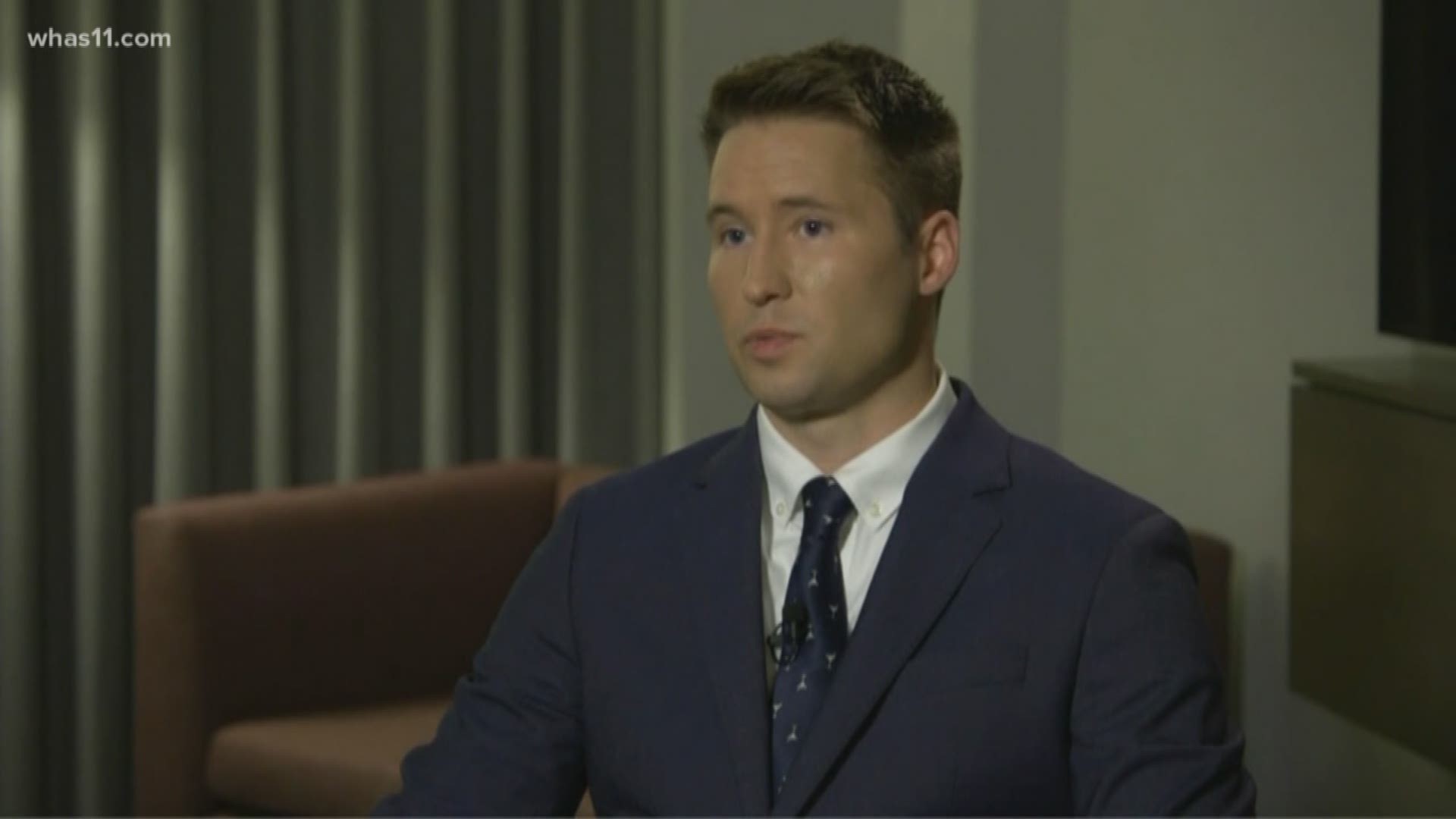 LOUISVILLE, Ky. (WHAS11) – The son of the woman killed in a 2015 triple homicide in Christian County is speaking out one day after the alleged suspect, an American Airlines pilot, was arrested.

Christian Richard Martin was arrested Saturday at the Louisville Muhammad Ali International Airport and indicted on three counts of murder, one count of arson and several other charges.

Martin’s neighbor spoke with the media Sunday about the man he knows as Christian Martin who is also known in the neighborhood by his nickname, Kit.

“He had a military background and it showed. He was ramrod straight. He was very to the point. Typical career military guy,” David Harris said.

According to prosecutors, on Nov. 18, 2015, Calvin Phillips was found shot to death in his home.

Police discovered the bodies of Pamela and Dansereau in a cornfield burned inside a car a short distance away.

“I can’t imagine anybody doing that much less the guy next door,” Harris said.

The families of the victims are happy that Martin is now in custody but say they were haunted by the murders.

“We have an overflowing of emotion, sincere relief, and absolute gratitude to ALL those who have worked diligently on this case. We are overwhelmed with this positive step towards resolution for people we love dearly; Cal & Pam Phillips, Ed Dansereau, and the hundreds of friends, family, neighbors, coworkers, and others deeply affected by their brutal end. We look forward to justice in court, and we look forward to a verdict to bring an end to this terror, and a fresh start at healing,” the family’s statement read.

Matt Phillips, the son of Calvin and Pamela shared his feelings of his mother on Mother’s Day.

“Today is Mothers Day. I’ll be spending the day reflecting on my Mothers dedication to me and the aura of her radiating kindness to anyone who ever met her. She taught me to read, taught me to drive. She told me with unconditional love that I was good enough and smart enough to do whatever I wanted to do in this world. She loved me. And I miss her terribly.

With those amazing memories, I also consider the moments that will not come. There will be no first dance at my wedding. No further advice on life. No hugs. I’ll never be able to look into her joy-filled eyes when I tell her she will be a Grandmother. I’ll never hear her voice again say, “I love you…”

I’m devastated. The world was robbed of a beautiful human being in my mother. I’ll fight for Her, for my Father, and Ed until the end of time. Because they would have for me.”

According to WKRN, neighbors say Martin and his wife had a barbecue at their home.