WARNING: The audio may be disturbing to some viewers. 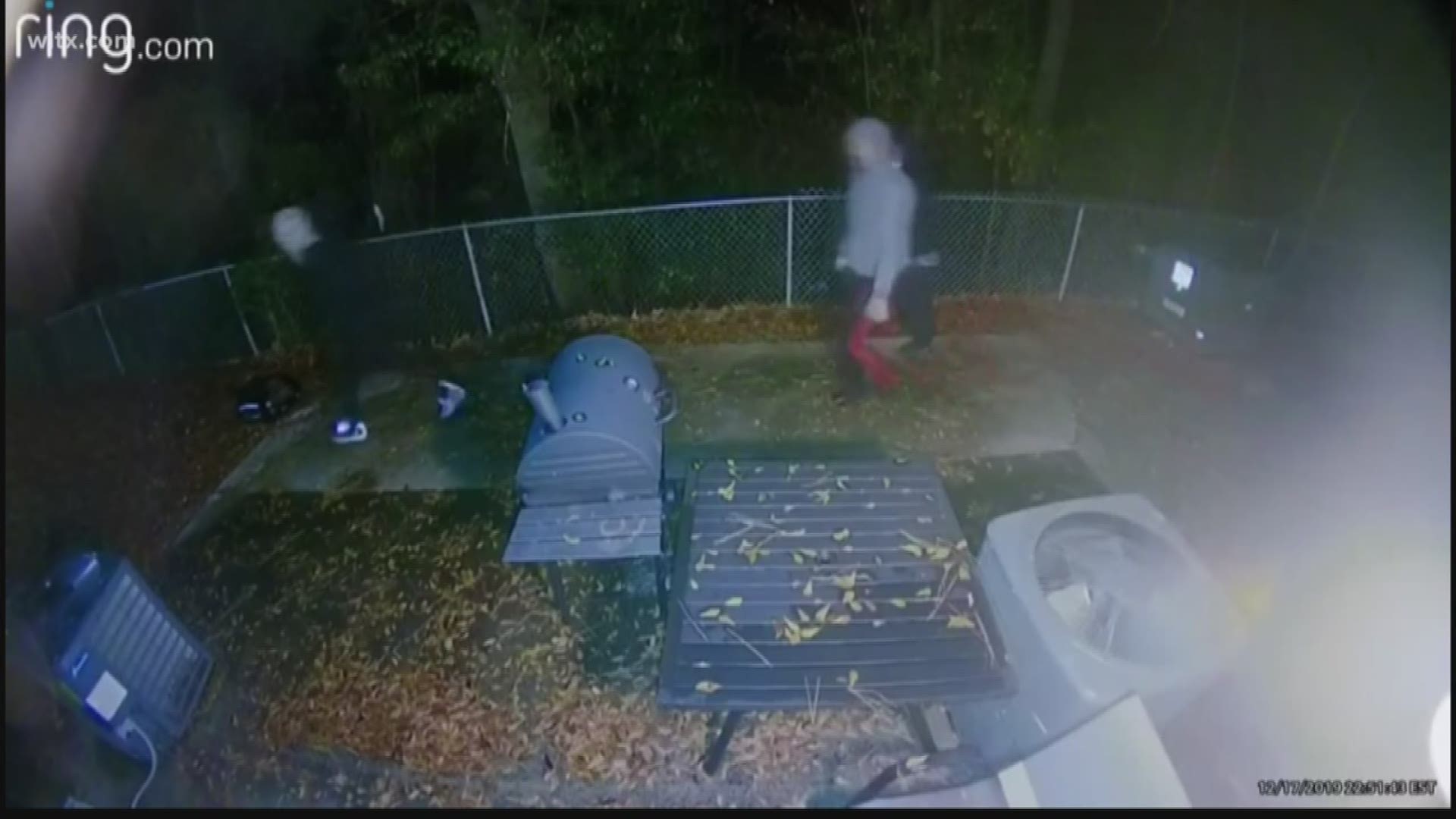 AIKEN COUNTY, S.C. — Aiken County deputies are searching for a group of suspects who they say killed a mother and her one-year-old child.

A Ring video released by Aiken County deputies shows three suspects in hoodies and with masks walking onto the property. The suspects move offscreen, and then a barrage of gunfire can be heard. Officers are hoping the release of the video generates leads.

The suspects then leave the property.

The shooting left 26-year-old Mel’lisha Jackson dead at the scene Her one year old son, Elijah Jackson, who had sustained at least one gunshot wound was transported to Augusta University Medical Centers where he later died from his injuries.

Investigators say the victims were not the intended targets, and the crime is gang-related.

Officers have released a video of the incident, which does not show the killing but the gunfire can be heard. WARNING: The audio may be disturbing to some

If anyone has any information on this case or the whereabouts of these suspects, we ask them to contact the Aiken County Sheriff’s Office at (803) 648-6811. You can provide information anonymously through Midlands Crime Stoppers. Your tip could earn you a cash reward of up to $1,000 for information leading to the arrest of the person(s) responsible for any crime.

Autopsies are scheduled for Friday morning in Newberry, SC. The Aiken County Sheriff’s Office is continuing with the investigation.