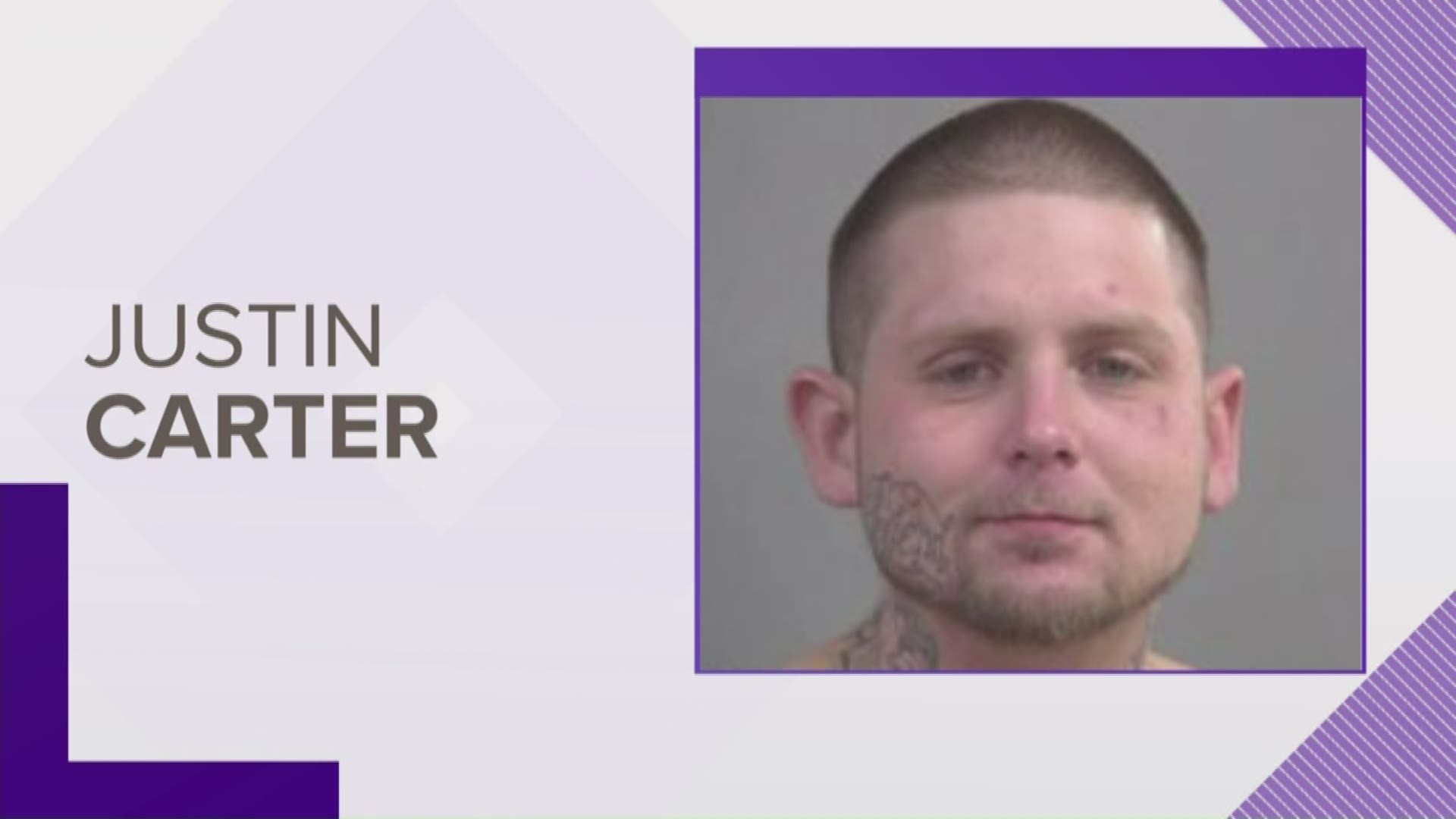 LOUISVILLE, Ky. — One Louisville man was arrested after he attempted to rob a fast-food restaurant where two off-duty police officers were.

LMPD said Justin Carter came into the Raising Cane's at 1250 Bardstown Road at around 10 p.m. Feb. 15 masked and armed, showing his gun to an employee and demanding cash.

Two off-duty Elizabethtown police officers who were inside the Cane's confronted Carter, who then dropped his gun and ran. The officers followed him to Beechwood Avenue nearby, where he was taken into custody.