After the crash, police said Michael Dewitt attempted to run from the scene. He was driving a stolen vehicle. 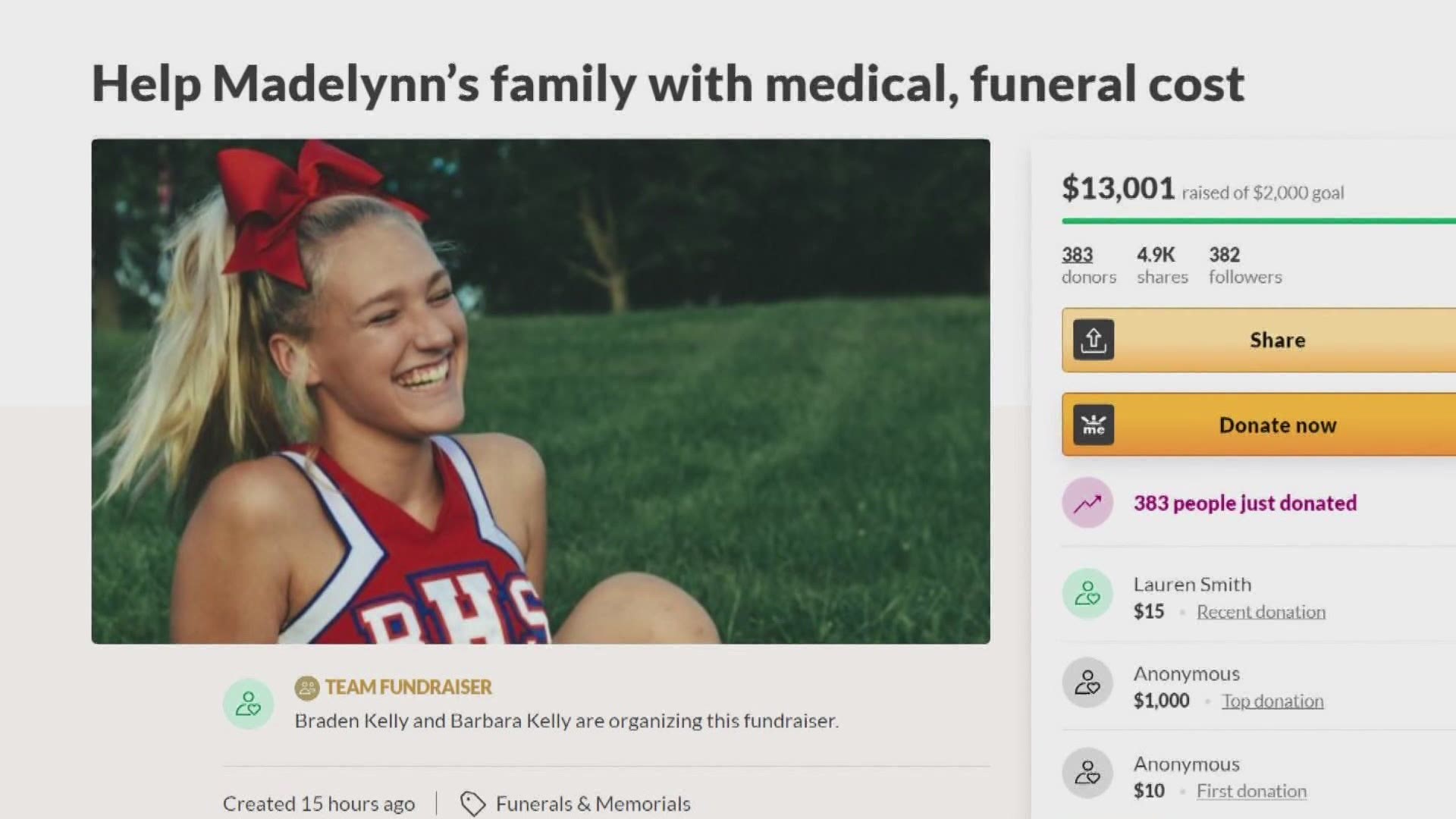 LOUISVILLE, Ky. — The driver involved in a deadly crash on Dixie Highway has been arrested and charged with murder.

Police said Michael Dewitt of Louisville was driving northbound on the 7700 block of Dixie Highway when he went into the southbound lane, hitting another car head-on Monday night.

After the crash, Dewitt attempted to run from the scene without rendering any aid to the victim, a 17-year-old girl later identified as Madelynn Troutt. He was chased down and stopped by bystanders until officers arrived on scene.

Other witnesses raced to the car to help Troutt.

“A young lady had gotten in the back passenger seat and was reaching over her right shoulder and doing chest compressions,” said Alex Brown, who was trying to pry the door open.

Brown was inside the Auto Zone when he heard the crash.

Troutt was taken to the hospital in critical condition, but died upon arriving. She was a student at Butler High School. An image on the Go Fund Me page shows her smiling in a cheerleading uniform.

Brown said his sons went to Butler High, so this deadly wreck hits close to home, but he wants Troutt’s family to know she wasn’t alone.

“Extreme heartbreak, sadness it’s just unbelievable,” Brown explained. “There were people standing with their daughter praying while she was in that car. My family’s heart breaks for them.”

Dewitt was arrested and taken to UofL Hospital with minor injuries.

In his arrest citation, police said Dewitt had a handgun and assault rifle that were reported stolen by the Shelby County Sheriff's Office. The pickup truck he was driving was also reported as stolen. Additionally, he was driving on an expired learners permit.

The LMPD police report listed him as a convicted felon.

On January 5, 2021, Dewitt was arrested and charged with theft of a motor vehicle and possession of a controlled substance. Court documents listed him as a fugitive.

About a month and a half later, Dewitt was arrested again. On February 16, 2021, court documents accuse him of driving another stolen vehicle. He was charged with receiving stolen property over $10,000, Assault of a probation officer, resisting arrest, trespassing, disorderly conduct and public intoxication.

He posted a $5,000 bond on February 24, less than a week before the deadly crash on Dixie Highway.

This time, Dewitt was charged with murder and driving under the influence of controlled substances, as well as leaving the scene of an accident, receiving stolen property, possession of a firearm and handgun by a convicted felon and car theft. He’s being held on a $500,000 bond.

Friends and family of Madelynn received outpouring support Tuesday evening as the community gathered for a vigil in her honor.

“Madelynn was a special girl. Her smile lit up the room and she had a huge heart and a big impact. And we just want to tell everybody thank you,” Chris Troutt, a family member said. 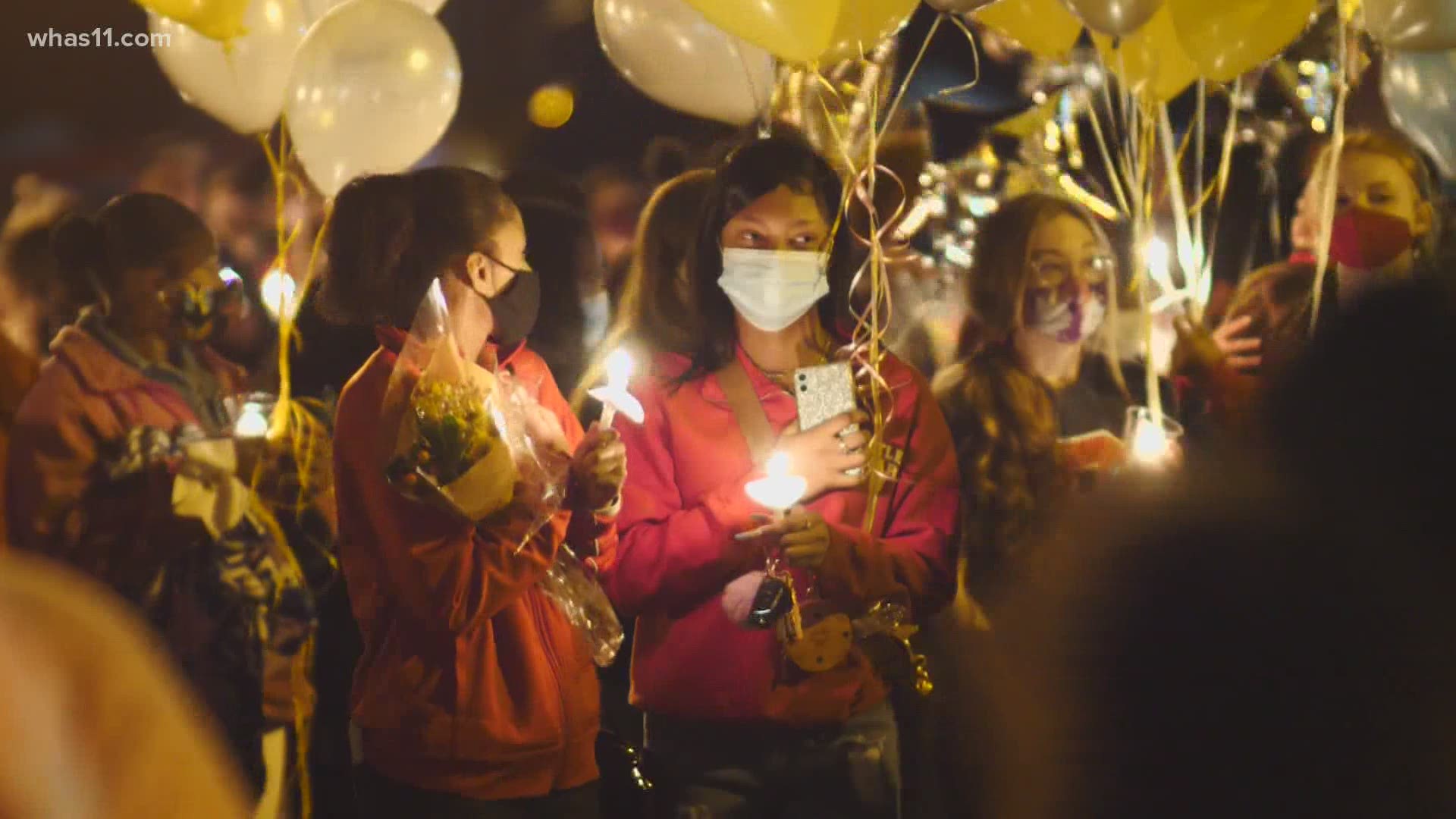