The city recorded 15 homicides and non-fatal shootings were also above average with 49 reported as of Jan. 30, based on Metro Police homicide data. 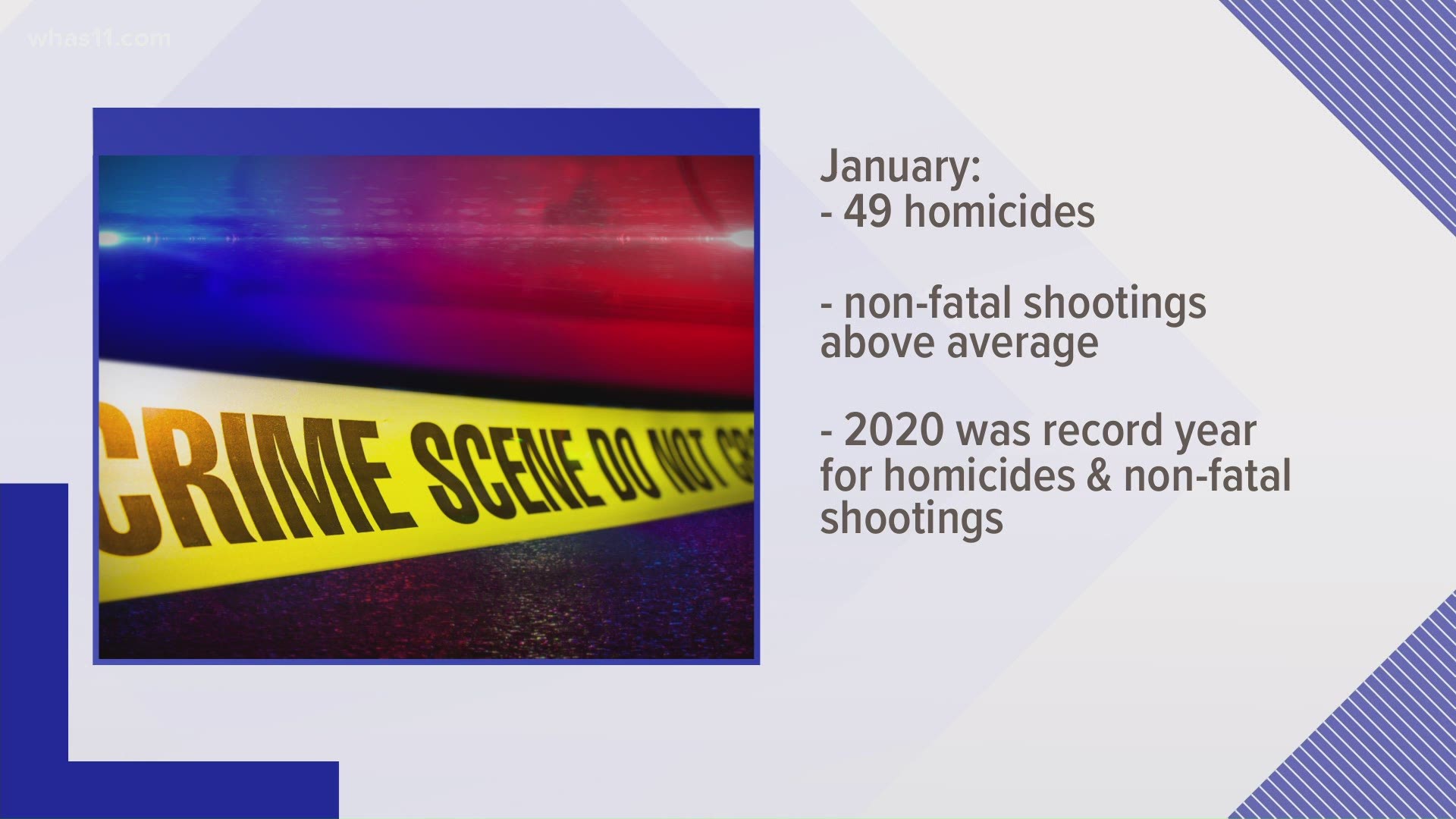 LOUISVILLE, Ky. — Louisville has recorded its deadliest January on record as gun violence continues throughout the community.

The city recorded 15 homicides and non-fatal shootings were also above average with 49 reported as of Jan. 30, based on Metro Police homicide data.

“We’ve never had a January with as much gun violence as Jan. 2021,” Christopher 2X, executive director of non-profit Christopher 2X Game Changers, said in a statement. “January is usually a month with lower levels of violence, but not this year.  This year, we’ve had more homicides in January than in the last two Januarys combined.”

Louisville saw a deadly 2020 with a record 173 homicides and 586 non-fatal shootings.