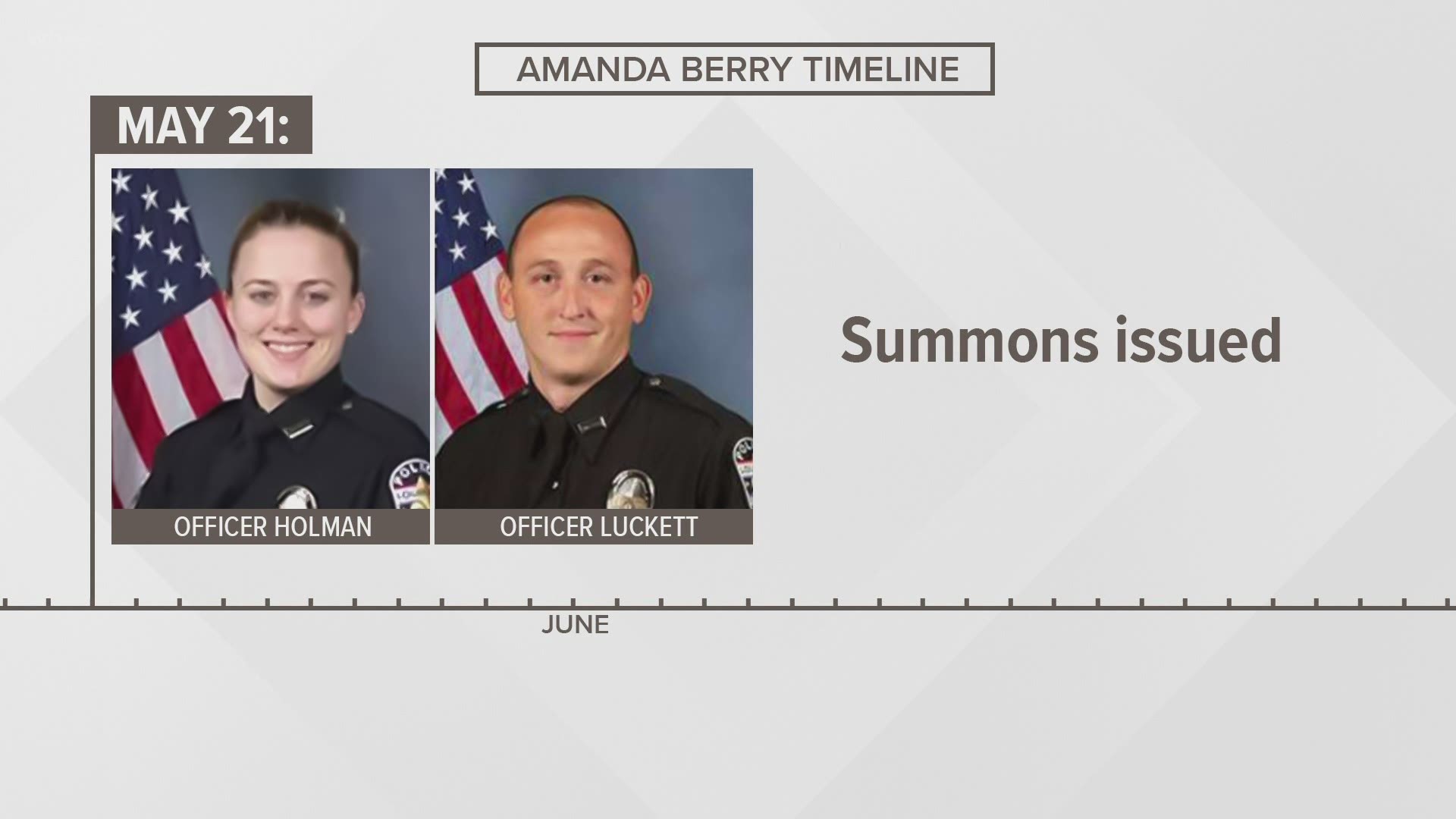 LOUISVILLE, Ky. — The Louisville Metro Police Department announced two officers were issued misdemeanor summons after they allegedly did not help a domestic violence victim later murdered by her boyfriend.

A Public Integrity Unit investigation found officers Kierstin Holman and Cody Luckett did not provide Amanda Berry "the proper assistance" during an encounter on December 26, 2019.

The summons said Berry called 911 to report that her boyfriend, William Sloss, refused to let her leave the house. She told the officers he hit her, chased her down the street, held her in the house and took away her phone and other belongings. The two did not complete a report nor did they arrest Sloss.

Berry was found dead in January. Sloss was arrested and charged with her murder in February. Witnesses told police Sloss "violently beat" Berry throughout their relationship. When they noticed she was no longer around and asked Sloss where she was, he reportedly told them he “got rid of her.”

Sloss allegedly told a witness over the phone he had killed Berry and put her body in a storage container in the basement.

Both officers have been on administrative reassignment since a review of the Berry case started in early March. LMPD said the case will go to the Professional Standards Unit for a review of potential internal policy violations. 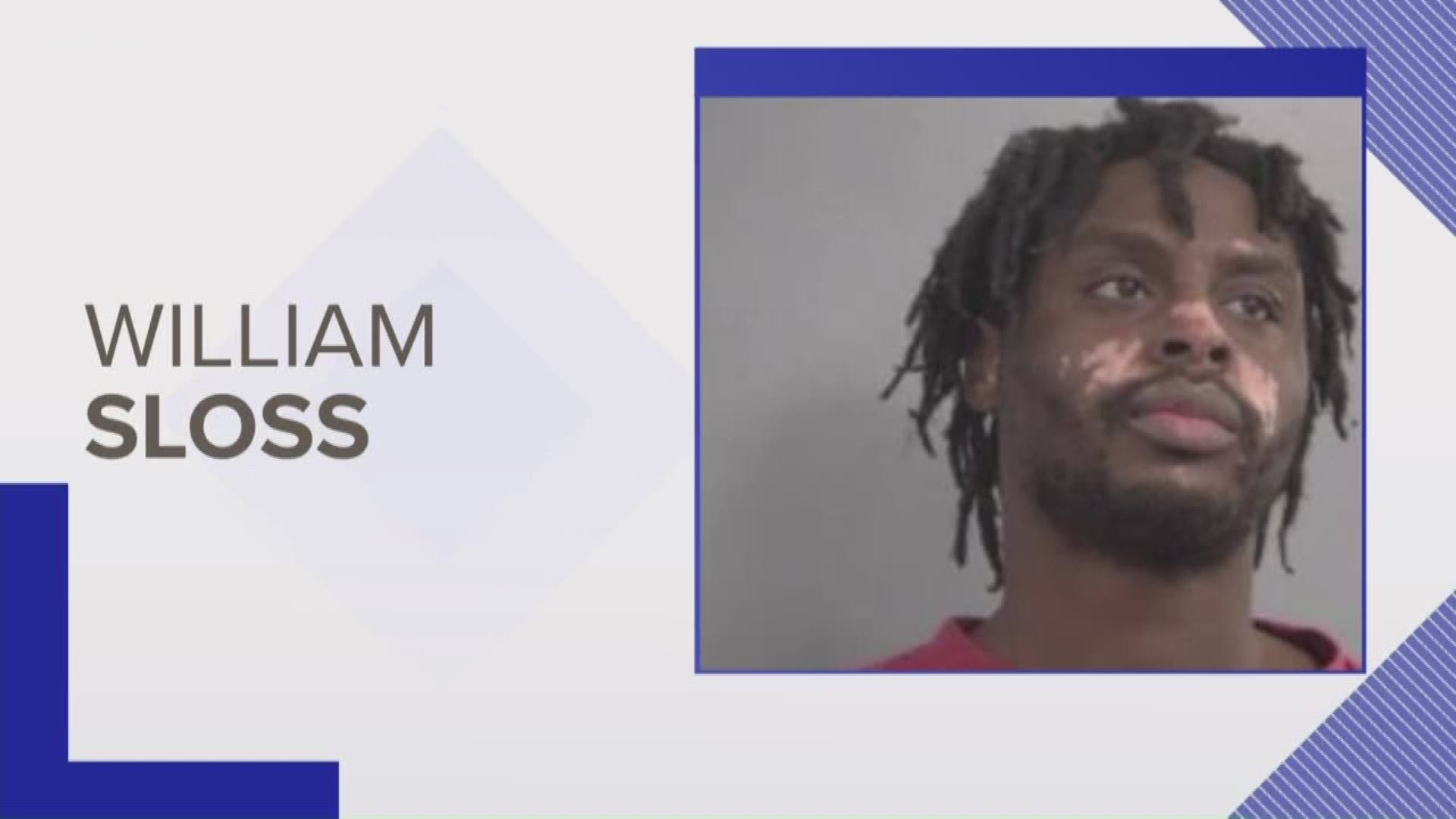