'It's been a miserable eight years for us.' | Louisville mother eyes justice in son's murder

Who killed Bryan Lewis? Eight years after he was murdered in his Bicknell Avenue home, his mother is holding out hope for an arrest. 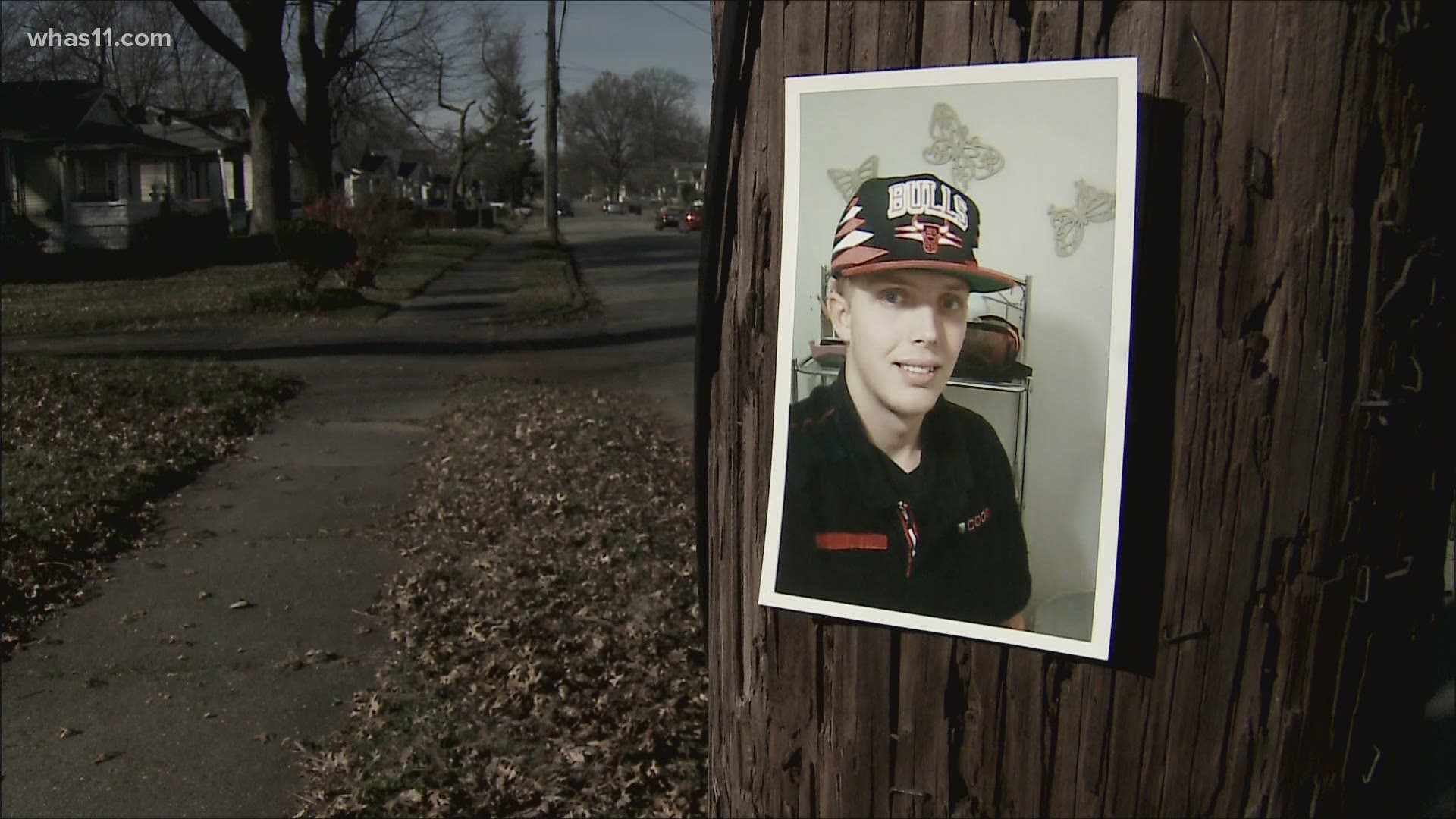 LOUISVILLE, Ky. — Bryan Lewis was gunned down in his home on October 20, 2012.  His mother, Rhonda Mars, was asleep in the next room when the gunshots woke her up.

“It’s been eight miserable years for us,” she said. “You’re not supposed to bury your kids.”

Wearing her son’s name across her chest, Rhonda sat only feet away from his resting place when she talked to WHAS11 News.

Bryan Lewis was just 21-years-old when he was murdered in his own home on Bicknell Avenue.

“I heard him scream ‘no” but by the time he actually got the no all the way out, the gunshots had started,” Rhonda explained.

Once they stopped, she said she ran into the living room and found her son on the floor.

“I knew he was gone when I saw him. He got shot eight times,” she said.

“[It makes you] sick to your stomach – makes your heart beat fast," said his aunt, Pam Lewis.

Lewis raced to the home as soon as she got the call. She was met with cries that will never be unheard.

“When I got over there, his dad was laying on the on the ground face down, sobbing – and his mom was standing in the middle of the street screaming ‘no’,” Lewis described.

Credit: WHAS-TV
Police investigate the death of Bryan Lewis in this 2012 file video

“For her to say he screamed ‘no’ – he knew what was coming. And that’s probably the most heartbreaking thing is that he knew. And here we are eight years later, and we don’t know,” Lewis said.

Louisville Metro Police told WHAS11 News they have been following a lead in the Bryan Lewis case for eight years but there’s not enough evidence to make an arrest. They believe it’s possible more than one person was involved.

“I know they've got a lot on their plate, but sometimes it feels like we've went passed the back burner and we're just kind of hanging in limbo,” Lewis said.

Every year, family and friends gather to reflect on Bryan’s life hoping the next time they meet, there might be an arrest.

“Now I can’t do Christmas or birthdays or holidays – so I do it for him, too,” Rhonda said. “I just don’t want people to forget what happened to him, especially his children.”

Bryan’s son and daughter were each just a few months old when he was killed. Rhonda now has custody of his daughter. She said she’s enjoying watching her grow, and acting more like her father every day.

“That just makes me feel like I’m still close to Bryan. Without her, I don’t know where I’d be right now,” Rhonda said.

This family hoping for justice is forever filled with questions.

They have even offered their own reward, $10,000 for the right information.

“If I had a million dollars, I would give it just to know, just to be able to look the person in the eye and ask them, why did you do that to him?” Lewis said.

They hope maybe the killer's conscience could finally bring them closure.

“Just have a heart and come forward,” Mars said.