Louisville police said they are still investigating the vandalism. 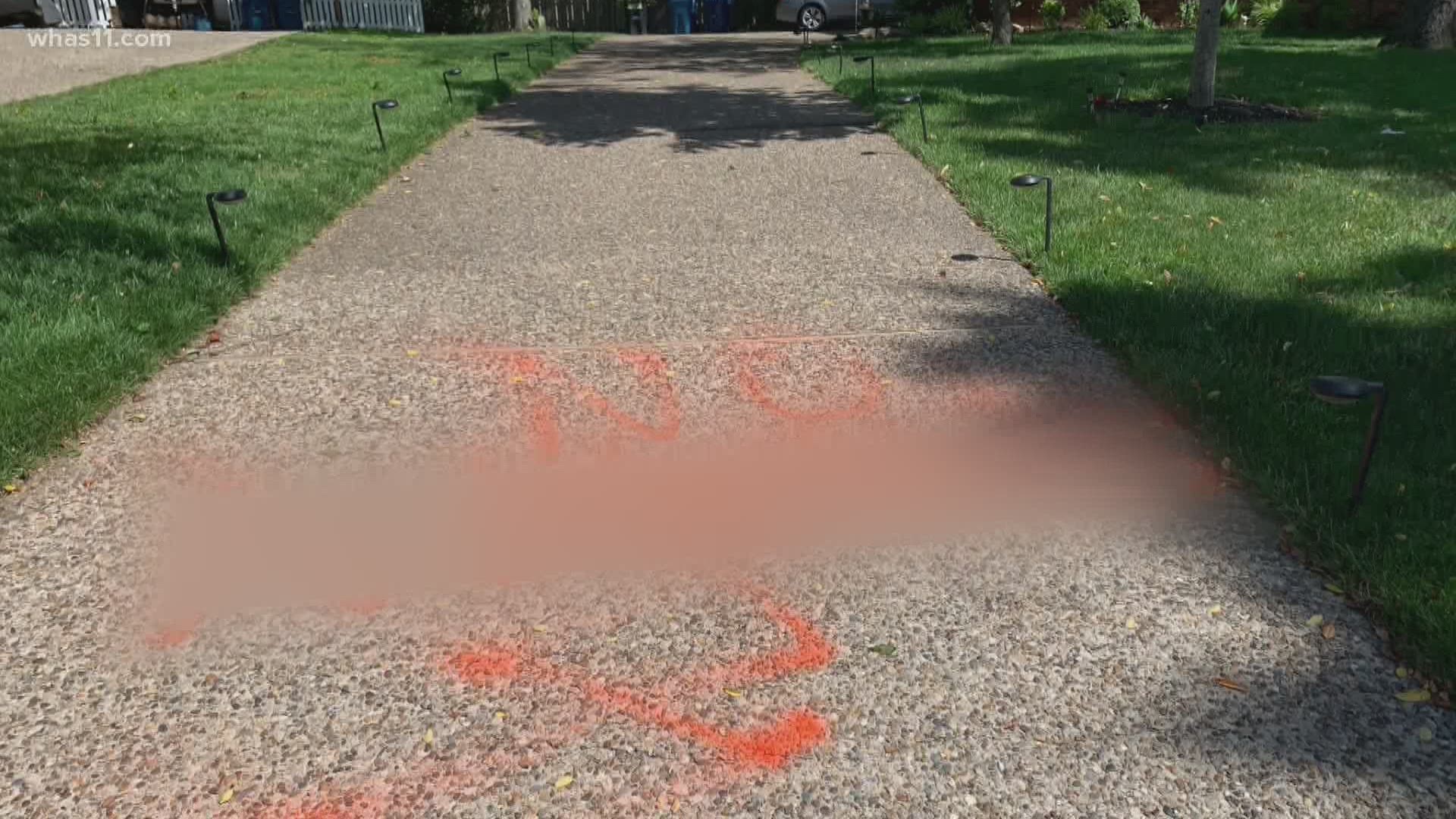 LOUISVILLE, Ky. — Police have issued and served a criminal summons after two homes were vandalized in the Lake Forest neighborhood.

The Lake Forest Community Association posted on Facebook that a racial slur was spray painted on a resident's driveway on Edgeforest Place in June. Photos of the driveway circulated on social media, with neighbors asking for action from police and the home owner's association.

LMPD said Suzanne Craft was given a summons for three counts of criminal mischief and harassing communication as police continue investigating the vandalism. The Lake Forest Community Association said it is also reviewing the action.

"The Association takes this intolerable act very seriously, and is currently reviewing the matter with its Board of Directors and legal Counsel," the association said in its statement.

First, this incident was truly egregious on multiple levels. Nobody should ever have their personal property vandalized. Even worse Is that this family had it vandalized using the most disgusting and vile language that could be used to spread fear and terror.

Due to the vile nature of the language used and the heinous nature of the property crime, I wanted the neighborhood and the District 19 citizens to know that LMPD took this very seriously and that justice will be served. Crimes like this both hurt the particular victim but they also tear at the fabric of the entire community when these things go unresolved. I wanted to make sure everyone knew that we were one step closer to justice.

I would like to thank the LMPD 8th Division Detectives and Major Andrea Brown for their diligent work on this case. I would also like to apologize to the victim and their family. This crime is not indicative of District 19 and I hope this helps them find closure.

RELATED: 'These men felt they could grab me and publicly lynch me': Officers investigating attack at Lake Monroe