Louisville Grows seeks to build healthy and sustainable communities by working with groups to create community gardens that can produce fresh fruit and vegetables. 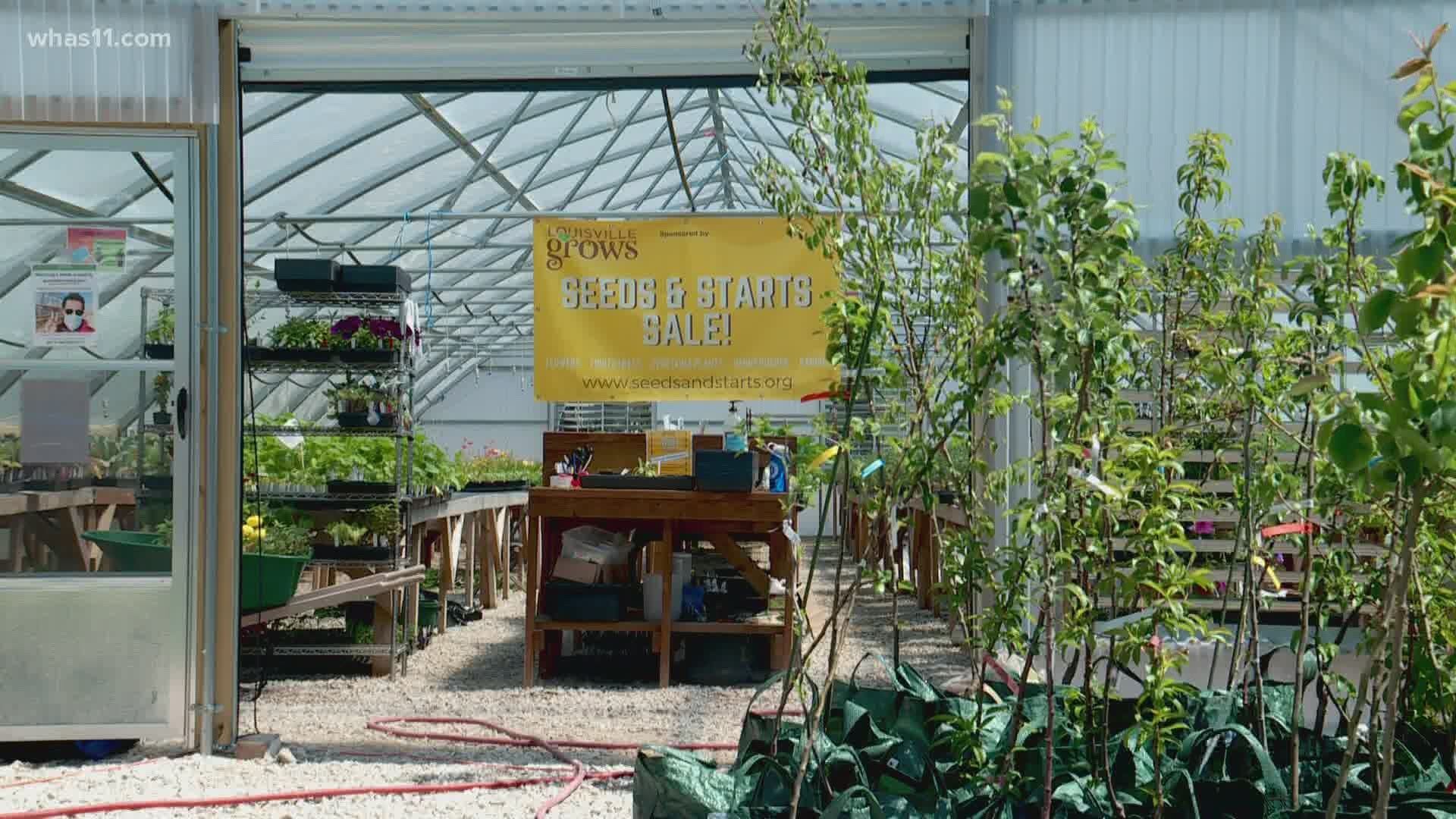 LOUISVILLE, Ky. — Louisville Grows is looking for two thieves after its greenhouse was broken into twice this week, with the suspects stealing more than $1,000 worth of supplies that were meant to help communities in need.

Louisville Grows is an environmental nonprofit based in the Portland neighborhood that seeks to build healthy and sustainable communities by working with groups to create community gardens that can produce fresh fruit and vegetables.

"We primarily work with 21 neighborhoods that are in South and West Louisville," programs director Lisa Dettlinger said. "They are also the neighborhoods that experience food apartheid. They do not have grocery stores, access to fresh vegetables and fruits."

Dettlinger said two people, a man and a woman, were caught on neighbors' surveillance video breaking into the greenhouse around 1:30 a.m. on both Monday and Tuesday morning. She said she first noticed something was wrong when she arrived at the greenhouse

"When I pulled up out front, I realized our sign was laying down on the ground," she said. "And I noticed there was a fruit tree behind our sign out front that was out of its pot."

According to Dettlinger, the two made off with soil, compost, mulch bags and more than 20 flats willed with plants, which were meant for Louisville Grows' Seeds and Starts sale. The annual sale is meant to raise money for community garden grants. Dettlinger said the nonprofit is awarding 10 grants this year after receiving a record number of applications.

"We're going to be issuing some refunds instead of bringing in proceeds," she said.

Dettlinger said a neighbor was able to scare the woman away Tuesday morning and did recover some of the stolen goods. She said the neighbor also found a "shopping list" with items to steal.

"[The neighbor] chased the woman down the alley and recovered her wagon full of plants and has returned those to us," she said. "We're like all they have to do is ask and we'll help them out. That's just our mission."

Dettlinger said she has filed a police report and is asking Louisville Metro Police to send a detective to examine the break-in. She said she is also going to buy a better security system for the greenhouse to prevent future break-ins. She is asking anyone with information to reach out to Louisville Grows or to LMPD.