Wife looks for answers in Louisville man's death, one of the first in an already violent year

The community Duan Calloway gave his heart and soul to gathered to reach out to his memory. 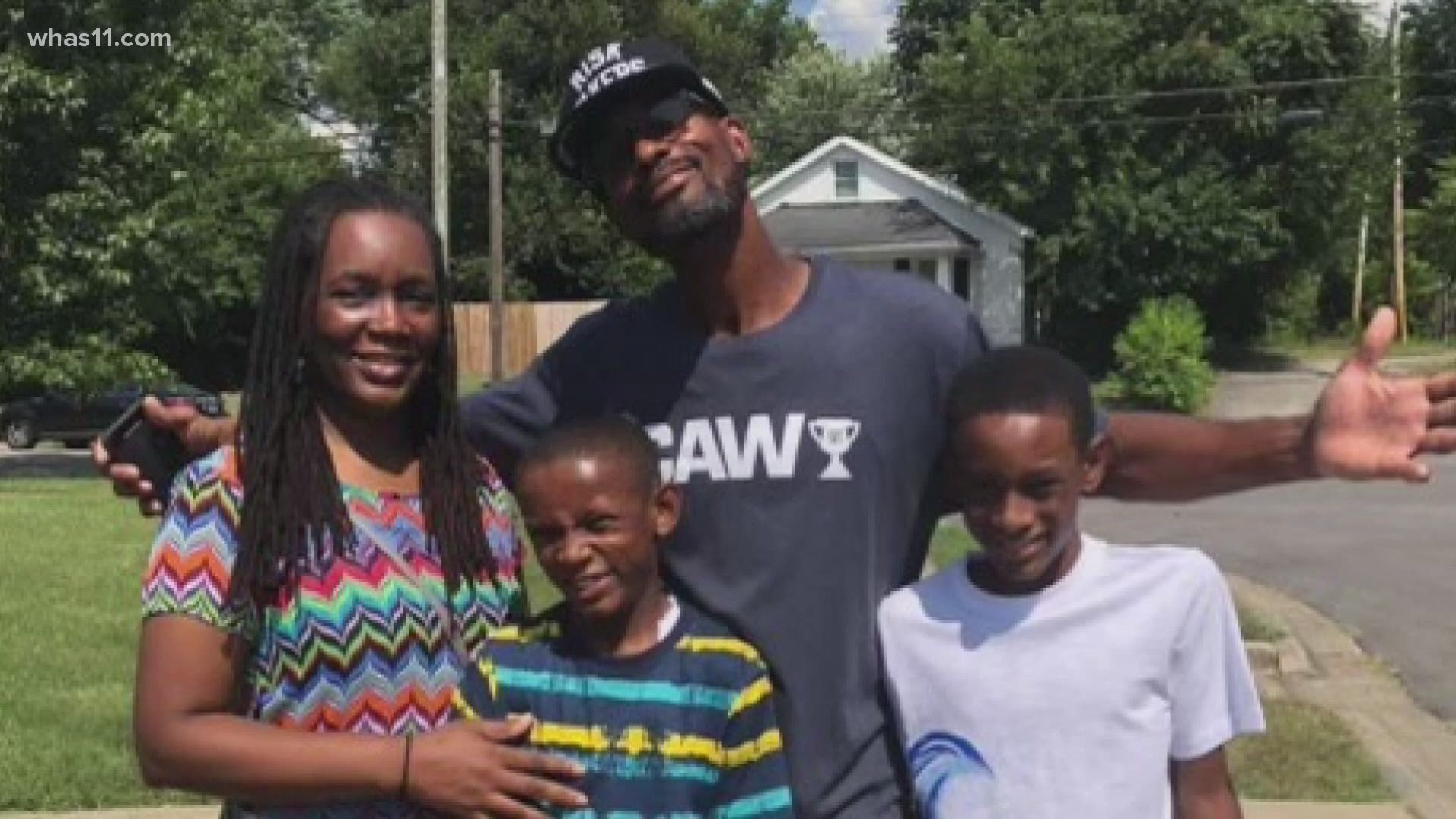 LOUISVILLE, Ky. — Not even halfway through March, 34 people have been shot and killed in Louisville this year.

Duan Calloway was one of the first of 2021, shot while he worked outside an apartment building he owned.

His wife, Georgetta, joined friends and family to remember Calloway where he was shot. Though the apartment has such tragic ties, Georgetta said she sees so much more when looking at the building.

”I see the progress that he has done for the community ya know when I look at this,” Georgetta said.

Calloway was a community man, in the process of revitalizing properties across West Louisville and providing families with new living opportunities. While taking his time to give, his time was taken too soon.

“His whole purpose in life was to serve and help people,” Georgetta Galloway said. “He was a great friend, he was a wonderful son. He was the best husband that any woman could have asked for."

"Never in a million years do you think that it would touch your own family…and when it does, it’s the most devastating and the most heartbreaking thing ever,” Georgetta said.

Finding the person responsible for her husband’s murder, Georgetta says, is a community issue.

“They not only took a person who was trying to build up this community away from the community, but the person who done this is still at large," she said.

The community Calloway gave his heart and soul to gathered to reach out to his memory through this balloon release. They remind him, and each other, that the fight for answers has just begun.