LMPD is asking the public to help identify a possible 2002 to 2005 GMC or Chevy truck and its occupants. 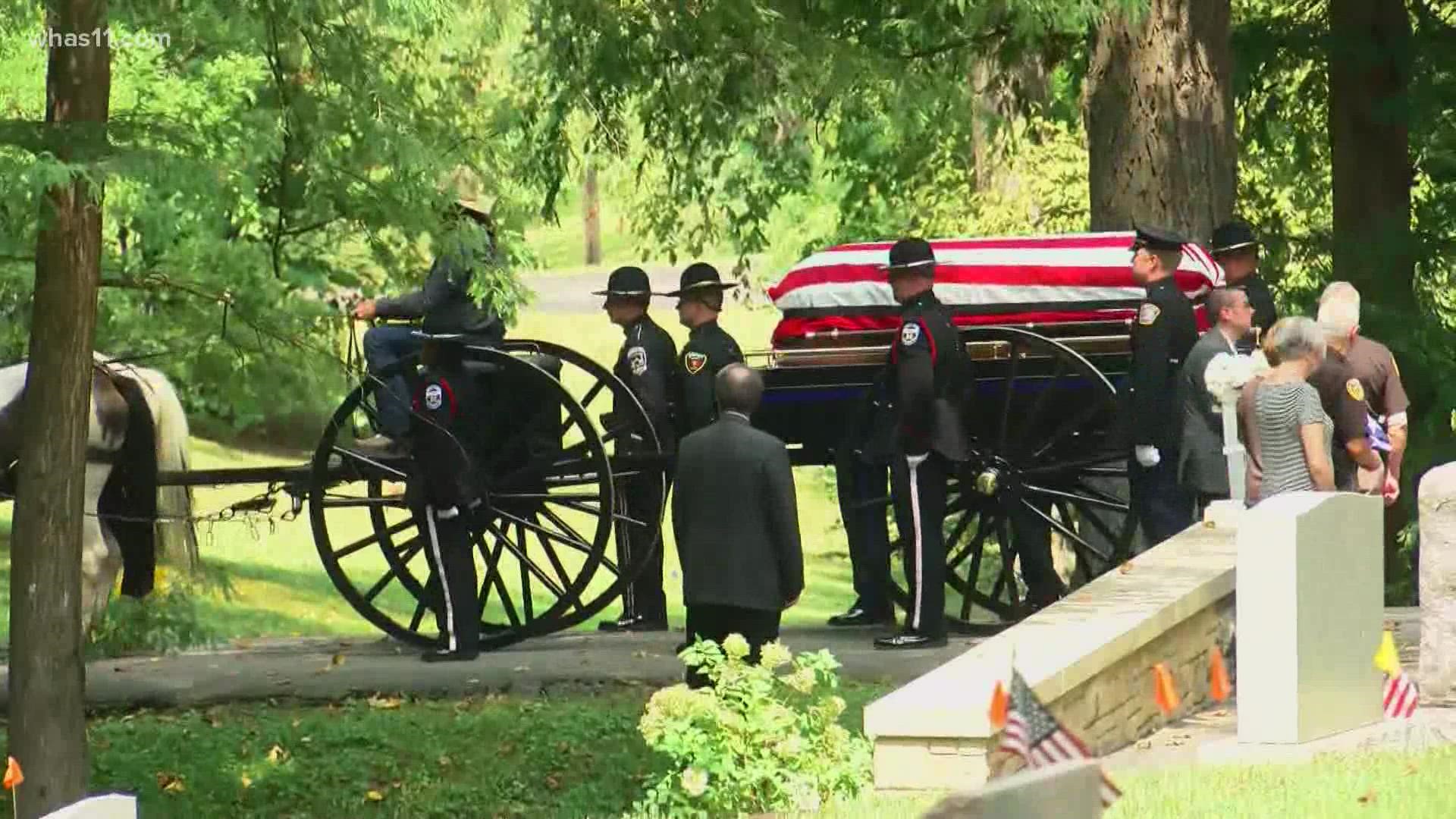 LMPD released a photo of a possible 2002 to 2005 GMC or Chevy truck wanted in connection to Shirley's death. Police said the 26-year-old was killed in an ambush while working an off-duty security job in Shively.

Shirley was shot early morning Aug. 5 at Rockford Lane Auto Sales. He died from his injuries at UofL Hospital. Residents in the area said they were familiar with the deputy, who sat monitoring the lot every night.

In a press conference the day of Shirley's death, Shields said LMPD does have persons of interest, but did not give any additional details.

Federal law enforcement agencies have joined the investigation. Louisville FBI and ATF have joined the Louisville Metro Police Foundation are offering a reward of up to $75,000 for information leading to the identification, arrest and conviction of the individual(s) responsible for Shirley’s murder.

"This is personal. We take this extremely personally," LMPD spokesperson Beth Ruoff said. "We must solve this case and we must bring those to justice and have justice for Deputy Shirley's death."

Shirley was buried at Cave Hill Cemetery in the Highlands following a funeral at Southeast Christian Church Aug. 11. A procession to his burial site featured a line of cars eight miles long.