KSP has not released footage from a separate officer-involved shooting in the Beechmont neighborhood. 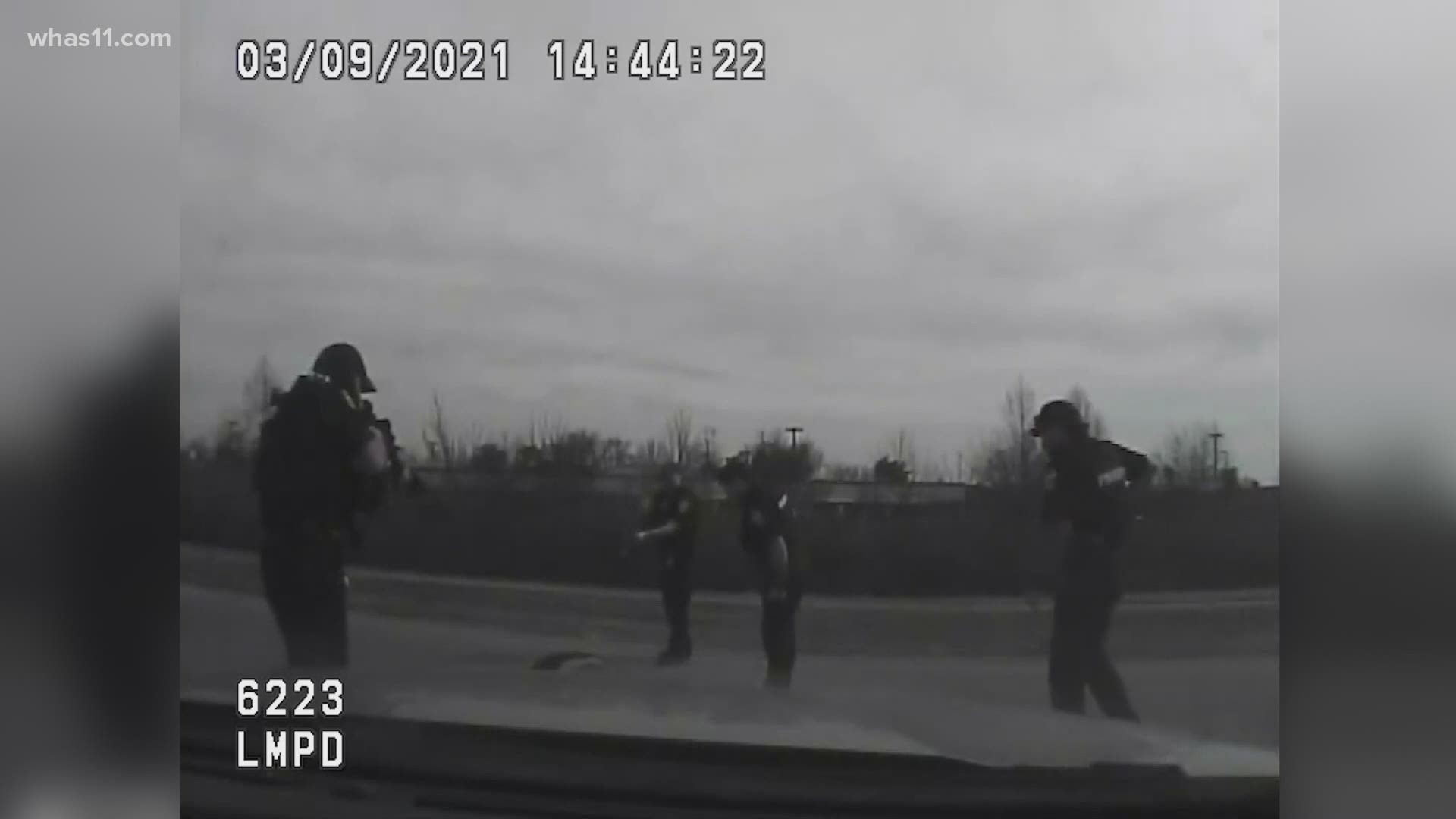 KSP Public Affairs Commander Sgt. Billy Gregory said police attempted to pull over a stolen car near the intersection of Preston Highway and Outer Loop at around 2 p.m.

Gregory said the driver, 32-year-old Darrell Wayne Blake Browning, fled the scene, crashing into other cars in the Taco Bell parking lot. Officers on the ground did not chase him, instead having LMPD's Air Unit follow the car.

The Air Unit saw Browning pull into the Bashford Manor Walmart's parking lot and enter the store. Gregory said officers on the ground set up a perimeter around the area.

Around 2:44 p.m., Browning was seen leaving Walmart through the back exit. Gregory said officers could see him carrying a pistol.

Gregory said officer Alexander W. Marson hit Browning with his cruiser as he attempted to flee. Video from the cruiser shows the suspect shooting his pistol at the cruiser.

Officer Michael Crowe then shoots the subject. Video from the cruiser shows the suspect get hit, however the body camera video from the officer who shot the suspect was obstructed by a body armor vest.

Video then shows officers locating and securing the pistol before administered first aid.

Browning is being treated at UofL Hospital, however Gregory did not provide an update on his condition. KSP said his last known address was in New Albany.

Gregory said the investigation remains ongoing and no further details will be released. KSP has not released footage from a separate officer-involved shooting in the Beechmont neighborhood just days later.

It is KSP policy to "not to release specific details of an investigation. Before releasing details of the investigation and video footage, vital witnesses must be interviewed and pertinent facts gathered," which could take 72 hours or longer. KSP said earlier this week, it expects to release details next week.

In a statement Thursday night the Mayor's Office said, "We've said repeatedly that this is a short-term solution as we work on a longer term solution. And yes, there are trade-offs. LMPD has been a leader in the nation in terms of releasing information about such incidents, and all of Louisville Metro Government is committed to transparency. We appreciate KSP's assistance and continue to urge them to release information as quickly as possible, mindful of concerns about jeopardizing investigations. Chief Shields agrees with Mayor Fischer that an independent investigation of Officer Involved Shootings is important, as we heard from throughout the community last year."