LMPD: Officer arrested after breaking into woman's home, assaulting her

According to court documents, Officer Robert Jones broke into a woman's house, physically attacked her and restrained her for several hours. 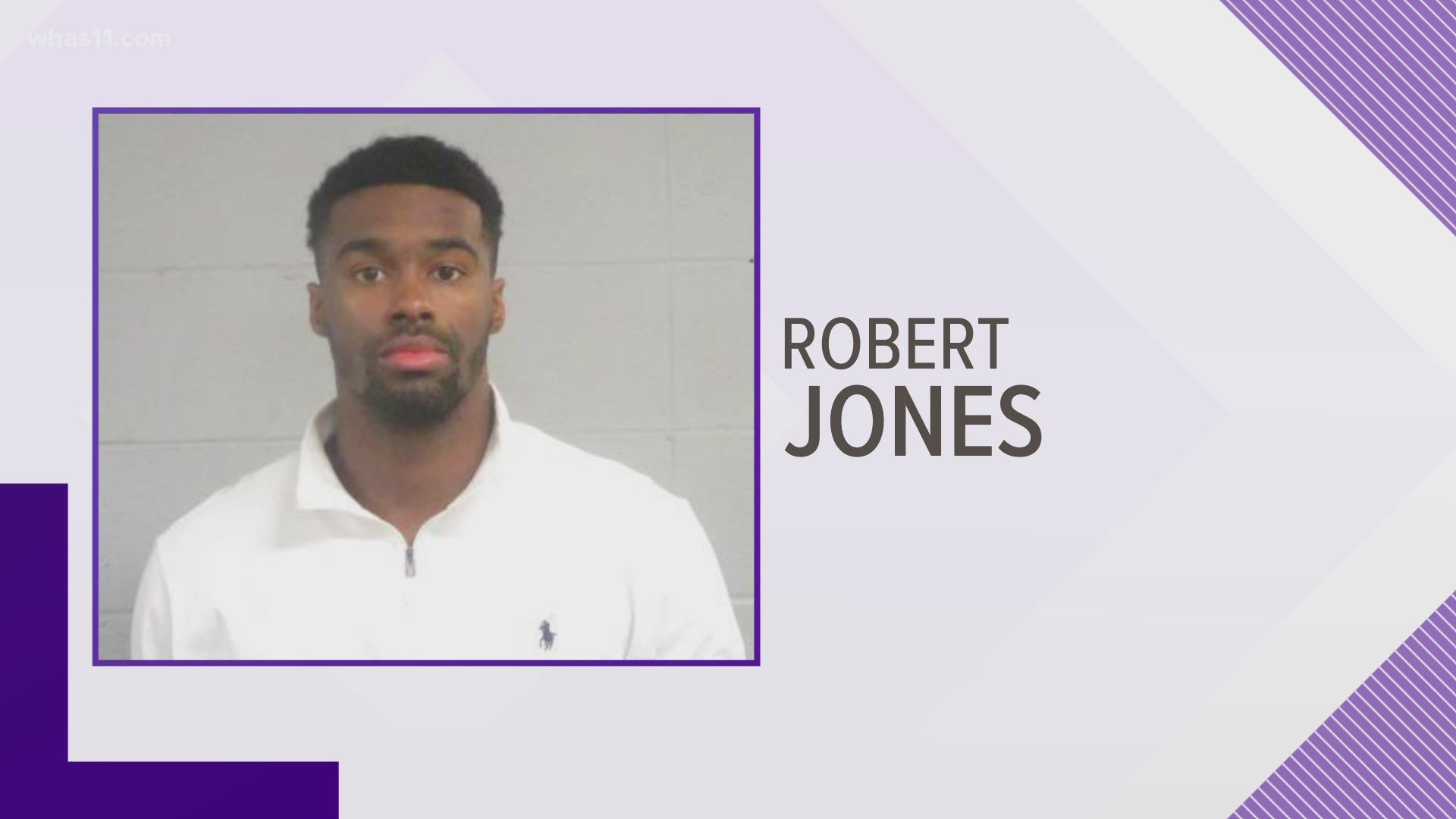 LOUISVILLE, Ky. — A Louisville Metro Police (LMPD) officer has been arrested after the department said he broke into a woman's home and assaulted her.

According to court documents, Jones broke into a woman's house April 11 and berated her for "not returning his calls." Jones fought with the woman, taking the handgun on her nightstand and pinning her to her bed.

Court documents say Jones put a gun to the woman's head and restrained her after she yelled for Siri to call 911.

The woman then fell down the stairs after a struggle, damaging the drywall. She told police that Jones kept her trapped in the basement for three hours and continued to hit her, knocking her to the ground and punching her in the face, while accusing her of cheating.

After Jones saw the woman's face start to swell, she said he began to apologize and told her to lie to the police about how she was injured. The woman's injuries included bruising and swelling to her face, marks on her neck, marks on her forehead and numerous bruises on her body.

"The department fully respects the judicial process, but to be clear, acts of domestic violence by employees will not be tolerated at any level," LMPD Chief Erika Shields said in a statement.

According to the release, the LMPD Public Integrity Unit is in charge of this investigation and Jones has been reassigned within the department.