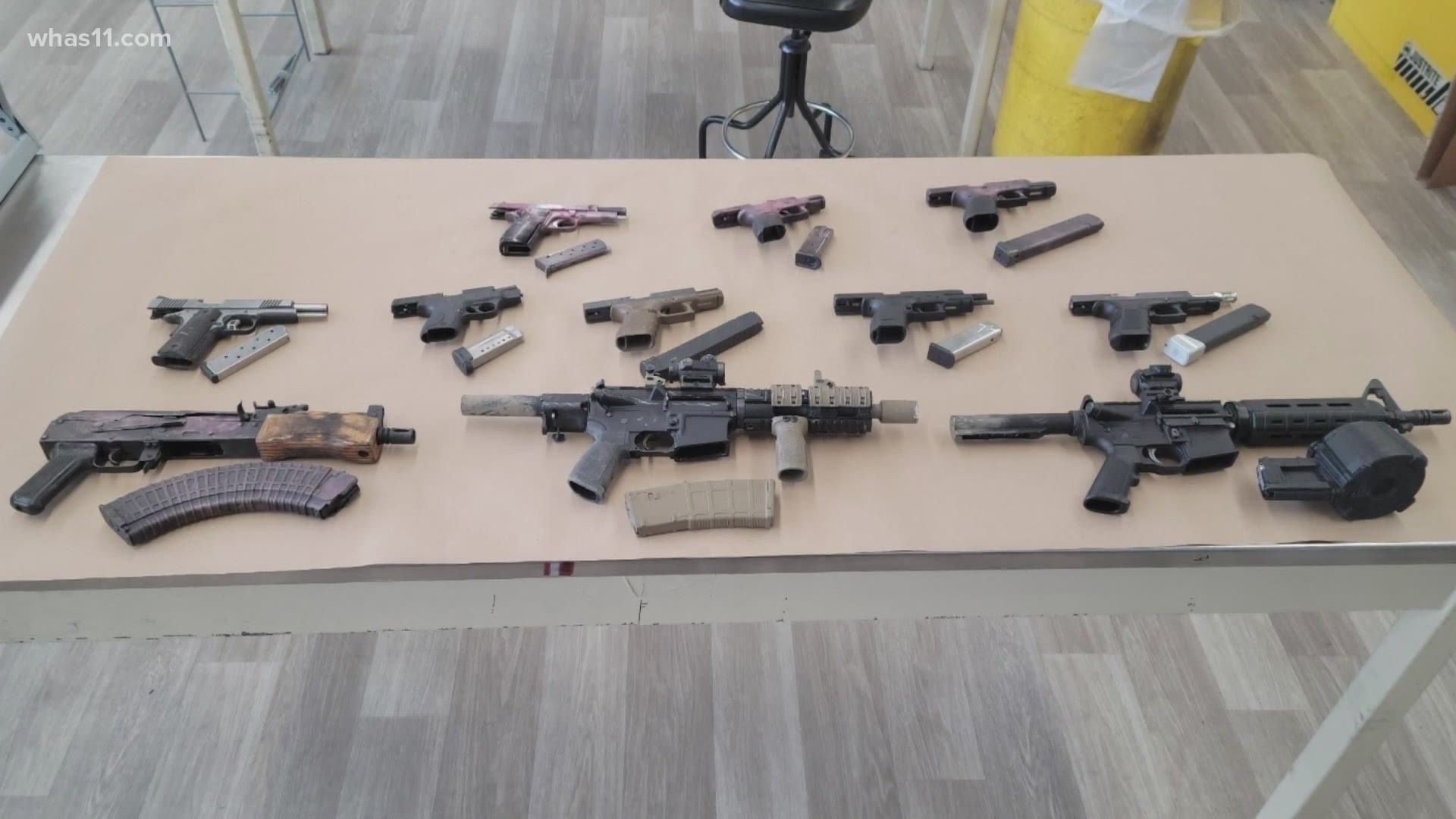 LOUISVILLE, Ky. — A Louisville police officer happened to be in the right place at the right time Monday, May 10 resulting in the recovery of 11 guns and two stolen cars.

LMPD said a detective from the Criminal Interdiction Division was working a case in the Jacobs neighborhood when he heard gunshots near Manslick Road and March Boulevard.

Once at the scene, the detective discovered a stolen Dodge Durango that had crashed. Two armed men fled the area before he could call for extra help from his division.

Officers were able to arrest a juvenile male and recovered two firearms — including an AR-15 — at the location.

Searching for the other suspects, police attempted to pull over another stolen car in the area. The driver refused to stop, leading officers on a chase before hitting a police cruiser at S. 26th and Greenwood Ave. One suspect was apprehended and two more firearms were recovered.

Detective Seth Goodlett from the Criminal Interdiction Division investigated the shooting scene at a convenient store in the 3700 block of Manslick Rd, catching multiple people attempting to convince an employee to hide their guns. Four people were arrested and additional firearms were seized.

Eventually, officers connected a home in 2800 block of S. 3rd Street to their investigation. There they found more guns, arresting three additional people.

In total, eight people were arrested on felony charges, 11 guns were seized and two stolen cars were recovered. LMPD said more people will likely be arrested as 4th Division detectives, the CID and ATF continue investigating.

At a news conference Friday, May 14 Chief Erika Shields commended the officers for their actions.

"LMPD is going to rein in this gun violence," Shields said. "And this behavior is unacceptable and the comfort level by some of these criminals absolutely unacceptable."

Police hope the arrests will help connect the dots in other shooting investigations. LMPD has reported 62 homicides and 232 non-fatal shootings in 2021 as of Friday, May 14.

"I don’t think anyone has an issue with us being engaged, the question is how are we doing it," Shields said. "Are we in the right area focused on the correct individual? Now we didn’t happen to be focused on these individuals but they fell on our lap but...it’s being very deliberate in how you police."