John David Green was indicted after he charged the wrong employee in a 2018 McDonald's theft. Green testified that he reviewed all relevant surveillance video. 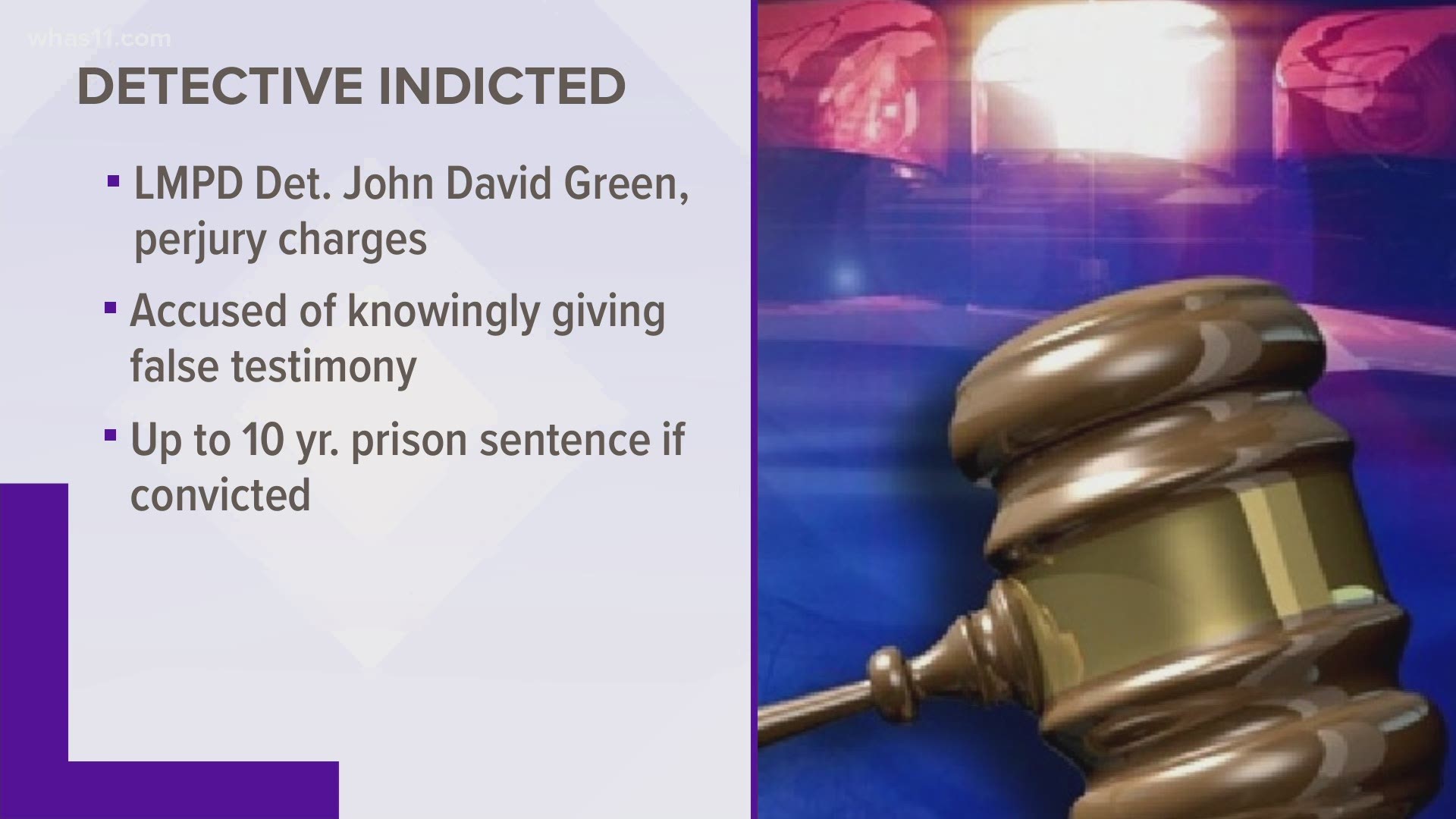 LOUISVILLE, Ky. — A detective with the Louisville Metro Police Department was indicted on perjury charges in a Jefferson County Grand Jury Thursday, according to a release from the Office of Commonwealth Attorney Tom Wine.

The release said John David Green was charged with two counts of perjury in the first degree as a result of knowingly giving false testimony in 2018.

Green's indictment stems from a probable cause hearing in Jefferson District Court in October 2018 and in a presentation to a Jefferson Co. grand jury in November 2018.

Green had been assigned to investigate an employee theft at a local McDonald's in August 2018. The release says that Green charged an employee at the restaurant for the theft.

In a given testimony against the employee, Green stated that he had watched hours of store surveillance video which showed the person charged was responsible for the theft.

Believing he had charged the correct person, it is alleged that Green charged the employee without actually watching the surveillance video as he had testified.

The release says, that if he had actually watched the video he would have known that he had charged the wrong person.

Green is expected to be arraigned on Jan. 25 at 8:30 a.m. He faces a maximum penalty of ten years in prison.

WHAS11 has reached out to LMPD for information on the original arrest as well as Green's currently employment. This story will be updated.