Kentucky woman arrested, charged after allegedly crashing into town square while under influence 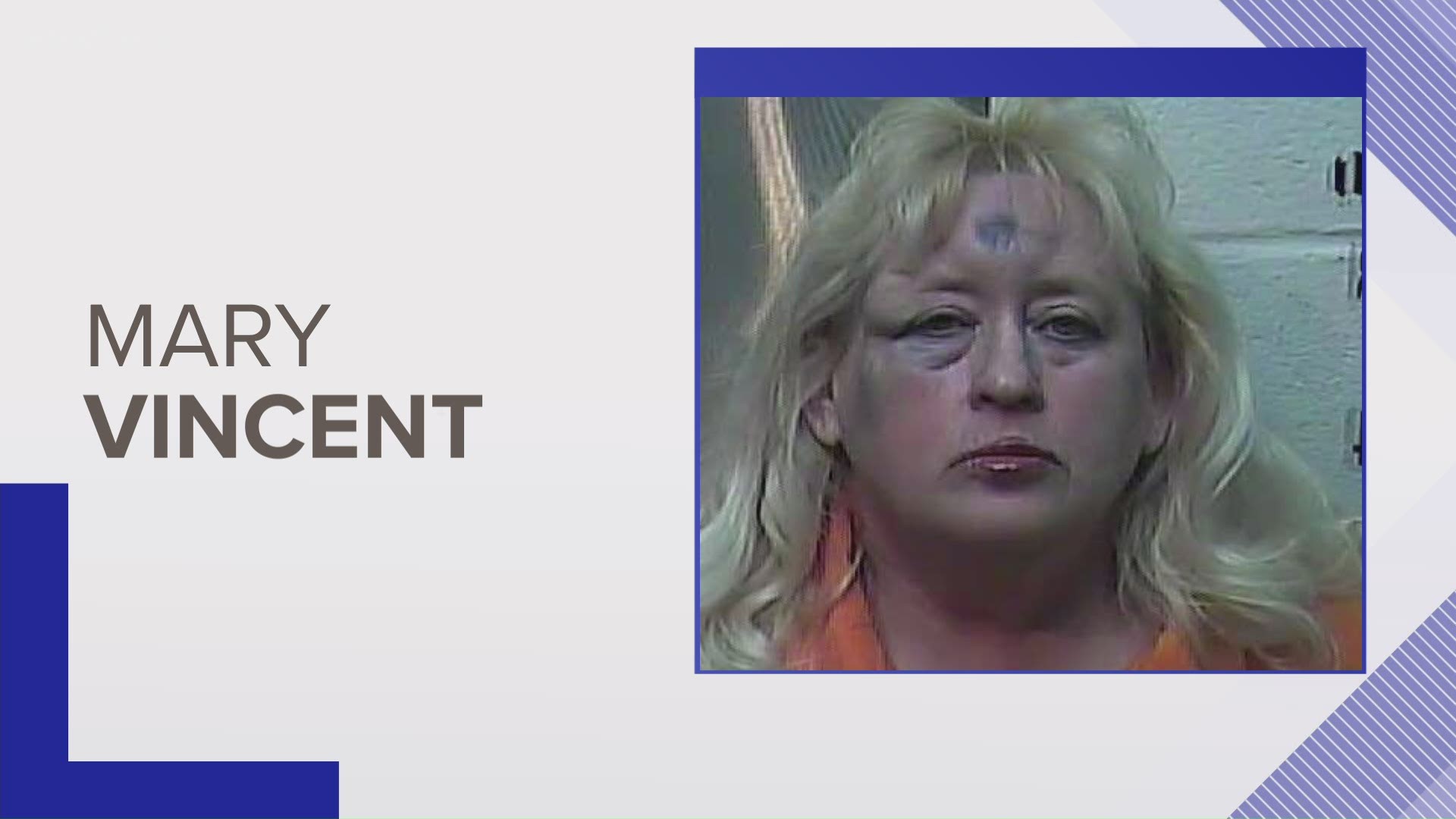 HODGENVILLE, Ky. — A woman has been charged after police said she crashed her vehicle while under the influence in downtown Hodgenville.

According to police, Mary Vincent of Greensburg was traveling west on East Main Street around midnight Saturday when she failed to negotiate the traffic circle and traveled through Lincoln Square. She’s accused of causing damage to lights, decorations and a truck that was also being used as decoration.

A field sobriety test was conducted on Vincent where it was determined she was under the influence of alcohol.

She is charged with DUI, criminal mischief and failure of owner to maintain insurance.