KSP said the chase started in Gallatin County and ended in Jefferson County. The driver and three other occupants face several charges. 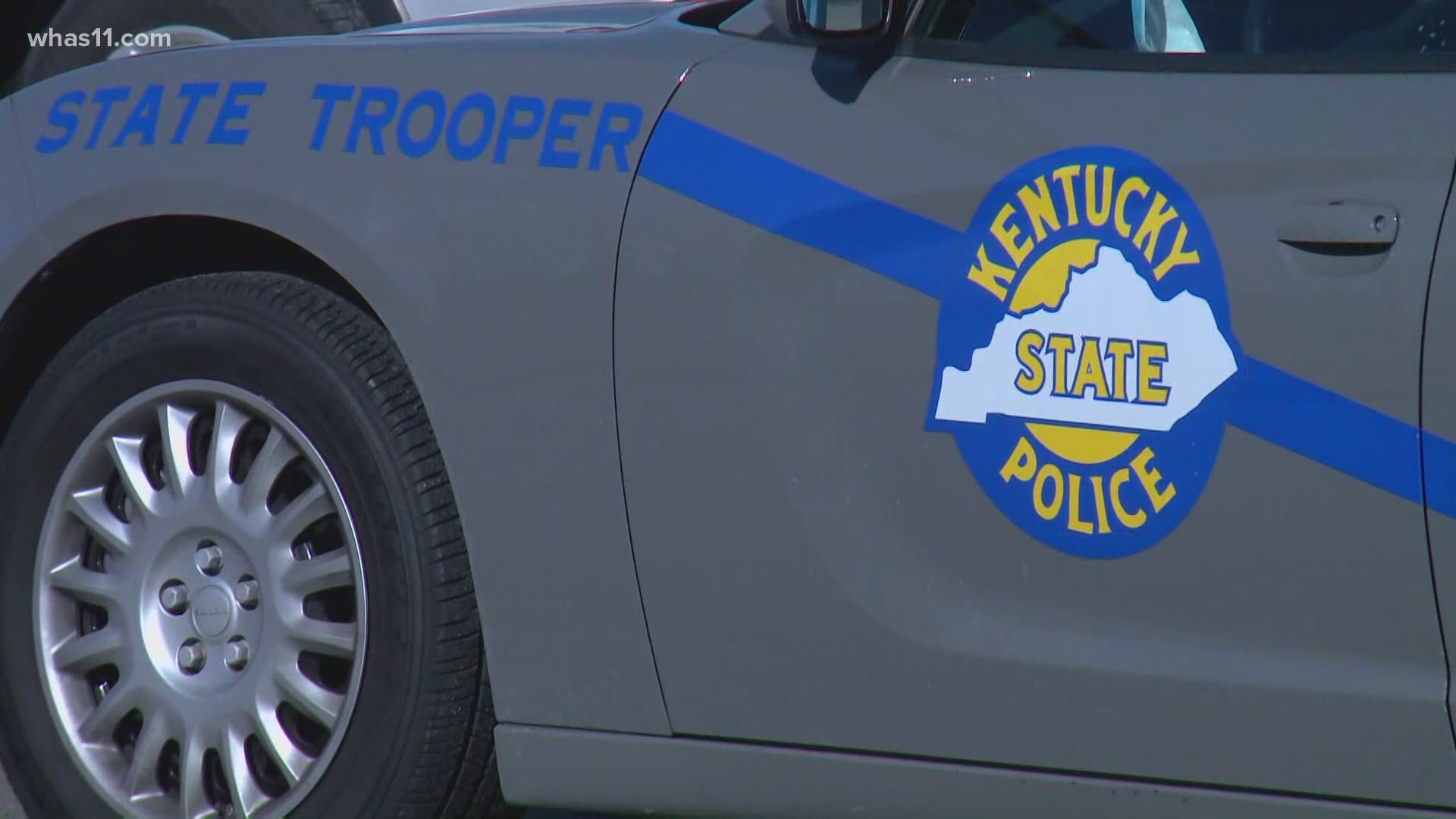 KSP said a trooper attempted to make a traffic stop on Interstate 71 in Gallatin County on a car traveling south at a high rate of speed. The car, which was later found to be registered to a stolen car, failed to stop and instead accelerated.

The police pursuit continued through multiple counties and into Louisville. The car exited I-71 onto Zorn Avenue and struck a concrete curb before getting back onto the expressway.

Damage from the curb collision damaged the car that resulted in slowing down. KSP intervention was then able to bring the pursuit to an end.

A total of six Louisville residents were apprehended including two juveniles. The two juveniles were cited and released to their legal guardians.

The investigation is ongoing and being conducted by KSP.