Advocates celebrated wins like Marsy's Law and Senate Bill 64, but said they still have more work to do. 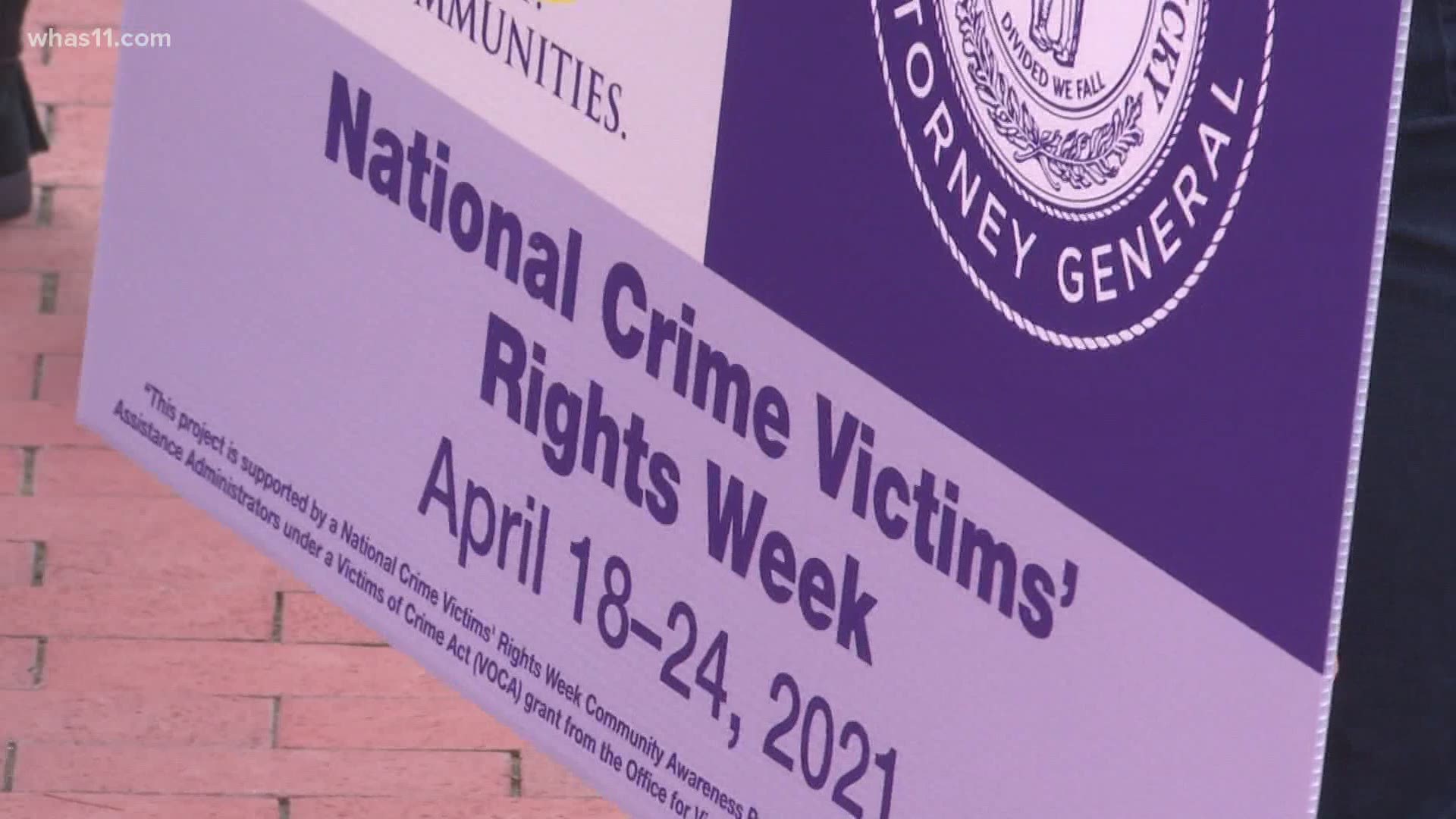 Emily Bonistall Postel with Marsy's Law for Kentucky has transitioned from advocating to pass the so-called crime victim's bill of rights to helping counties implement the constitutional amendment passed by voters in November.

"Really the purpose of National Crime Victims' Rights Week is about celebrating progress," Postel said, "There's still a lot to be done, certain, but it's important that we take the time to celebrate how far we've come."

Postel described those with informational booths after the march as partners in progress.

One person participating in the march, survivor Hillary Sykes, not only shared her voice at this moment — she's been in the trenches at the General Assembly.

In the past two sessions, lawmakers have increased penalties and punishments for sex crimes. Sykes helped with one of those efforts this year: Senate Bill 64.

"[The bill] was for precuring a child over the internet, so basically you would get a year in jail, now it is eight to 10 years," Sykes said. "It really makes it a lot better, it tells people not to come here and try that, because we're toughening our laws up."

Gov. Andy Beshear signed Senate Bill 64 in March and it will take effect in late June.

This years marks the 40th anniversary of National Crime Victims' Rights Week, a time the Office for Victims of Crime says is meant to renew commitment to victims of crimes and honor people's service.

RELATED: Marsy's Law to be added to Kentucky constitution, but not everyone is happy