According to the criminal complaint, Robert L. Bauer told FBI agents he went to the U.S. Capitol 'because Trump said to do so.' 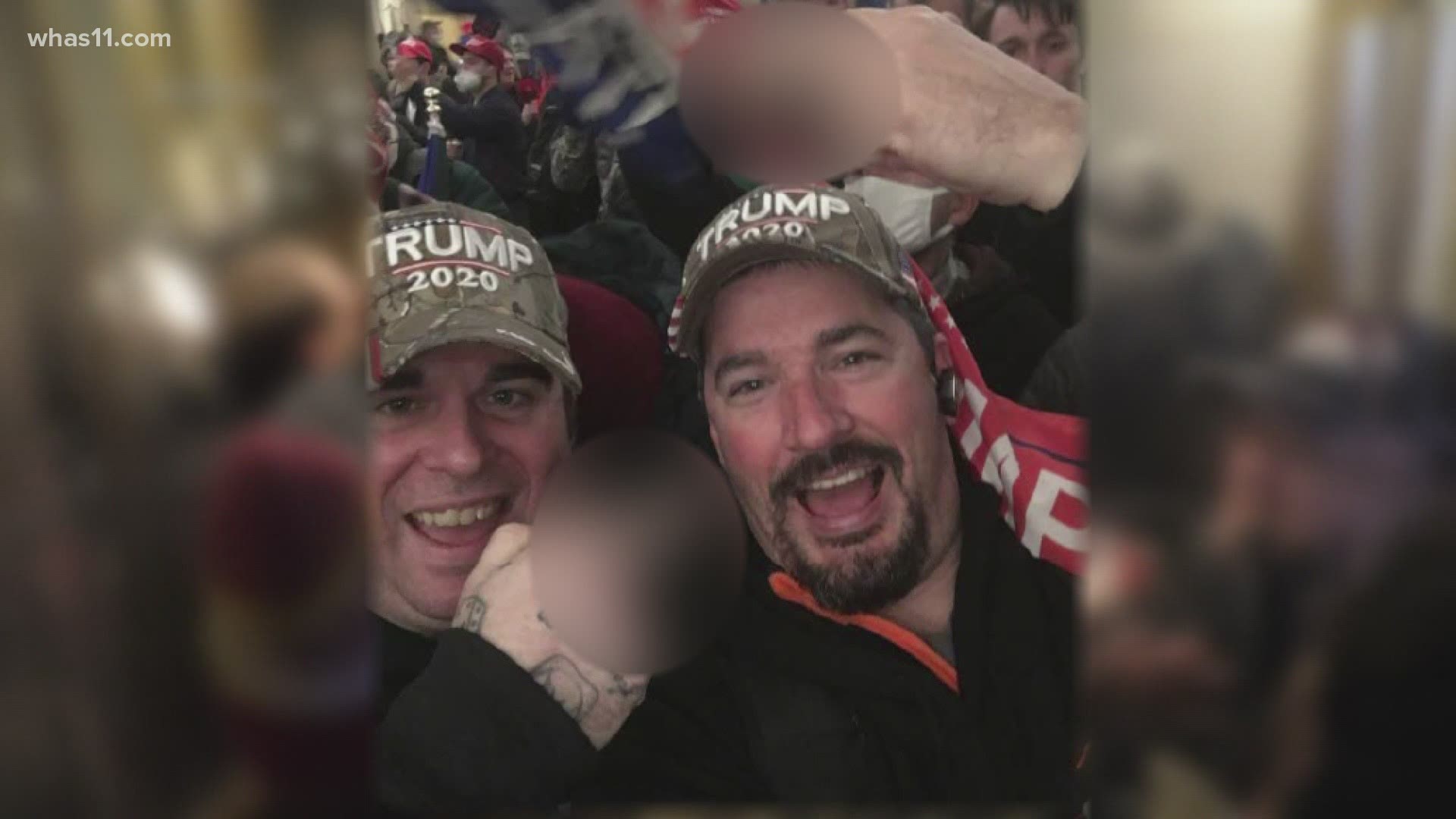 WASHINGTON — A Kentucky man has been arrested on multiple federal charges in connection to riots at U.S. Capitol last week.

Robert L. Bauer was charged with violent entry and disorderly conduct on Capitol grounds, as well as knowingly entering or remaining in any restricted building without lawful authority, for participating in an insurrection at the Capitol Jan. 6.

According to the criminal complaint, a person called the FBI's National Threat Operations Center and told agents that Bauer and his wife attended a rally for President Donald Trump the day of the riots. The caller told police Bauer posted multiple pictures on his Facebook, including one of him inside the Capitol.

In an interview with the FBI, Bauer told agents that he went to D.C. for the rally with his wife. The two stayed with his cousin, Edward Hemenway II, in Virginia from Jan. 1-5 before going to a D.C. hotel to be closer to the rally.

Agents said Bauer told them all three went to the rally, and began marching with the crowd to the U.S. Capitol "because Trump said to do so." Hemenway told agents they marched after Trump said "something about taking Pennsylvania Avenue."

According to Hemenway, the two men entered the Capitol while Bauer's wife returned to the hotel. While Bauer told agents he did not believe he had done anything wrong because he saw no signs saying he could not enter the Capitol, Hemenway said he saw a green plastic sign that said "Do Not Enter."

Bauer told the FBI he entered to "occupy the space," saying people in the crowd "were angry about pedophiles, the news cycle, and losing their businesses during the lockdown."

Bauer sent the FBI photos and videos of him and Hemenway inside the Capitol, including one with both men holding up their middle finger, surrounded by other people in pro-Trump attire.

Both Bauer and Hemenway said they remained on the same level of Capitol, running into a police officer who shook their hands and told them, "It's your house now."

Neither man said they knew Congress was in session at the time, though Hemenway told agents he did know they were certifying the election that day.

Hemenway was also charged for his actions the day of the riots.

A Kentucky State Police trooper and a Franklin County sheriff's deputy have been reassigned following their attendance at the rally, though both claimed they did not participate in the insurrection.

RELATED: 'Kill him with his own gun' rioters chanted as a DC police officer fought for his life

RELATED: A lone Black officer faced down violent US Capitol mob, fooled them to save lives | Reese's Final Thought