Kendrick Kenemore, who was arrested on murder charges, is now facing additional assault charges after an altercation while being held at LMDC. 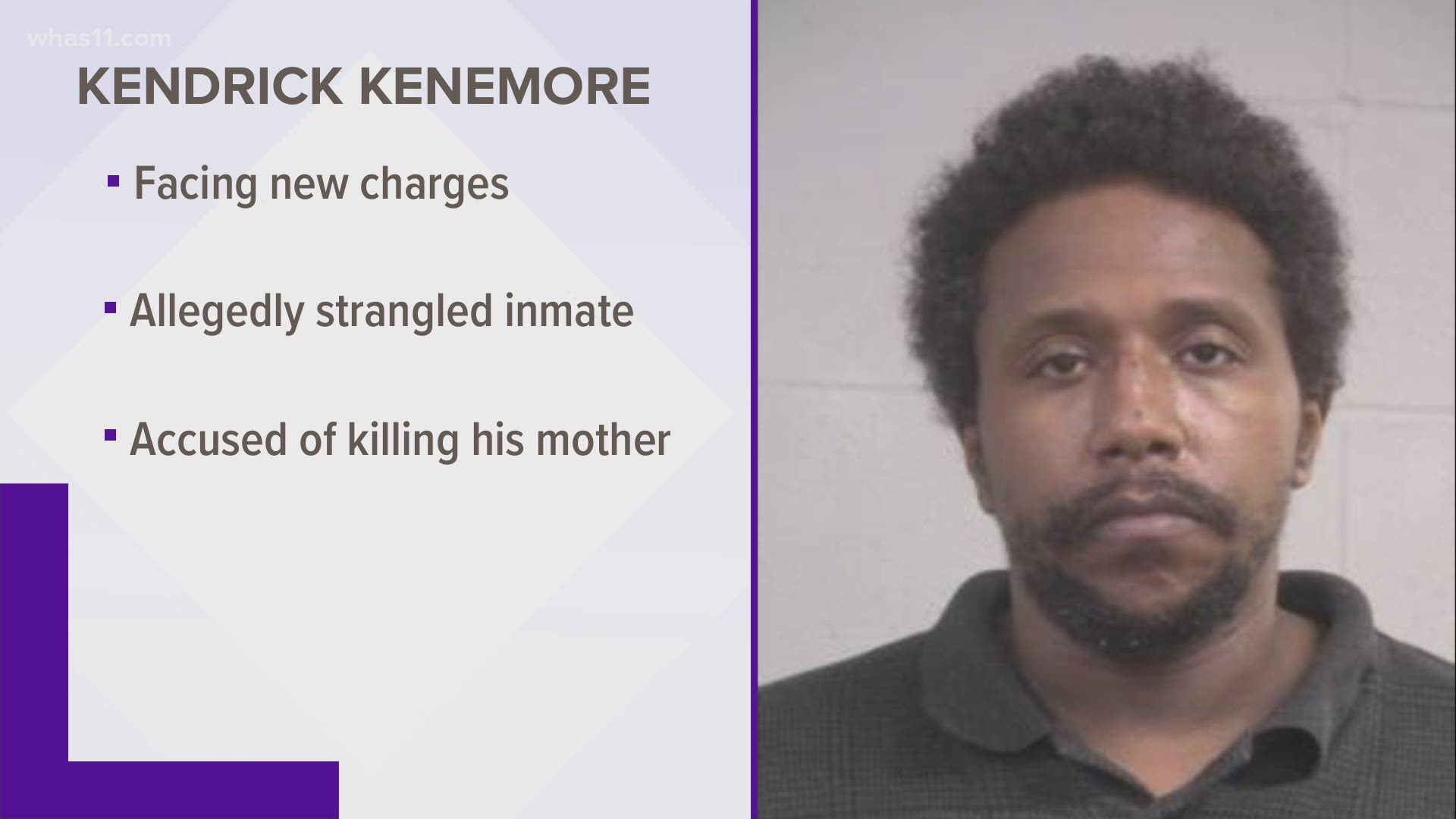 LOUISVILLE, Ky. — The man arrested and accused of killing his mother is facing additional charges, according to police.

Kendrick Kenemore is facing attempted murder and strangulation charges following an altercation with another man inside Louisville Metro Corrections.

Arrest records state Kenemore was seen on camera punching and kicking another man repeatedly. He was also seen taking his jail-issued shirt off, attempting to strangle the victim. Records also revealed corrections staff had to use force to separate the men.

Kenemore was also charged in the December 16 death of his mother Tracy Kenemore, a longtime traffic officer with Louisville Metro Police.

The coroner said Tracy died as a result of blunt force trauma inside a home in the 4400 block of Cane Run Road.

Kenemore had entered a not guilty plea in Tracy’s death.