Joseph Oberhansley was accused of killing and cannibalizing his ex-girlfriend Tammy Jo Blanton in 2014. 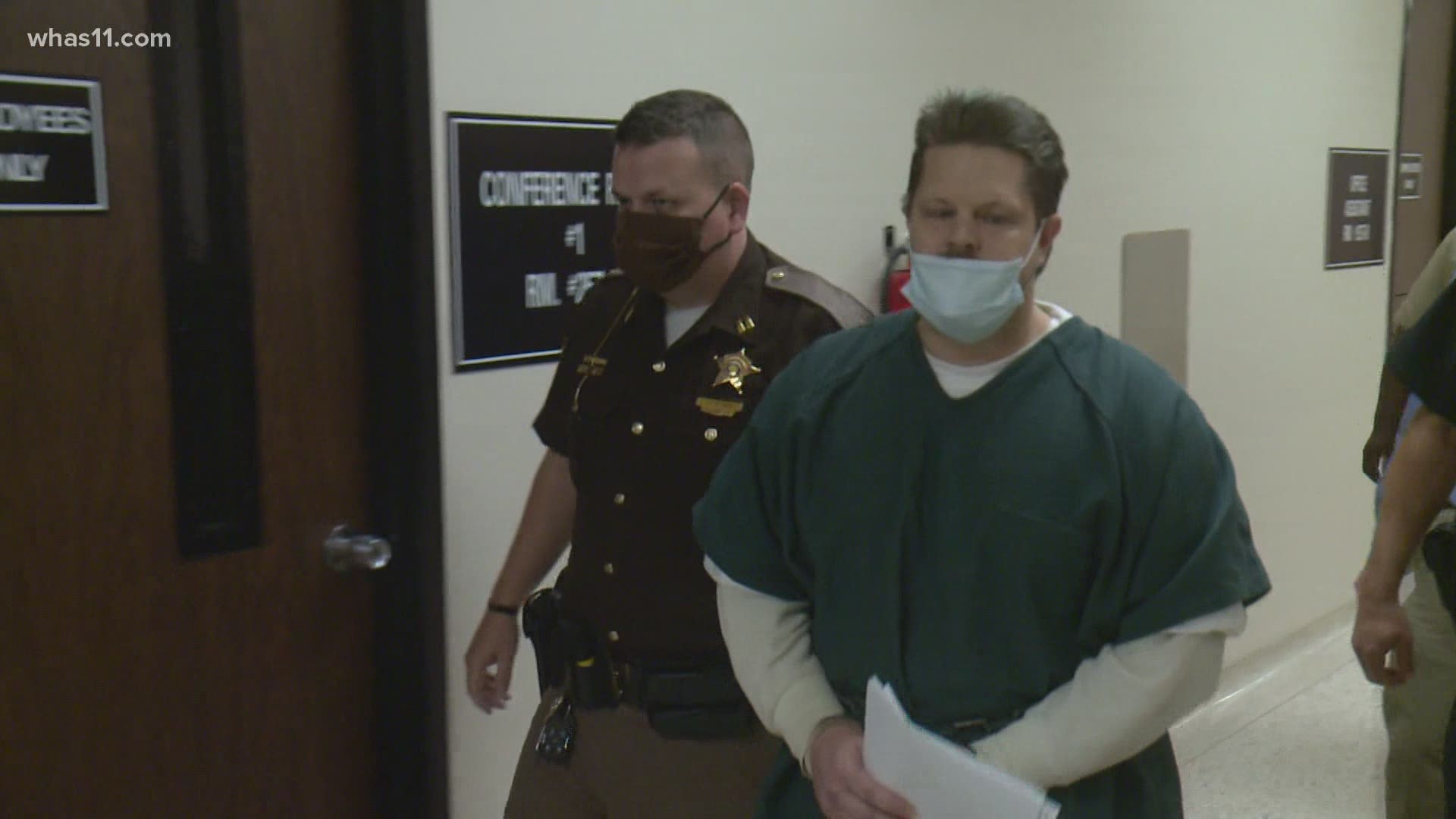 CLARK COUNTY, Ind. — A Clark County judge has sentenced Joseph Oberhansley to life without parole in the 2014 death of ex-girlfriend Tammy Jo Blanton.

In September, a jury found Oberhansley guilty of murder and burglary, recommending life without parole. He received six years for the burglary conviction.

Blanton's mother Linda Harbin and her sister-in-law Charlene Harbin addressed Oberhansley in court during the sentencing hearing with strong messages. The family members told Oberhansley "he is lucky to be alive" and "deserves to spend everyday in prison thinking about what he did" to their loved one.

Blanton's mother expressed her anger and her pain that has built up over the last six years. Oberhansley was vocal throughout the hearing, expressing his innocence and at one point interrupting Blanton's mother during her testimony.

Linda Harbin looked Oberhansley in the eye and told him "you know you did this." Both family members told him he deserves to "rot in hell."

"Today we were able to finally give [the family] a sense of finality that justice has been done, that they can start moving ahead with their lives and hopefully start to heal," Clark County prosecutor Jeremy Mull said.

Oberhansley's attorney Bart Betteau said he does not believe justice was served. He argued the case should have been treated as a mental health matter and "not a criminal case."

"The appropriate thing would have been to involve mental health authorities, give him whatever treatment is necessary and if he needed to be held in a mental health facility then so be it," Betteau said.

Clark County investigators said Oberhansley killed Blanton at her home in Jeffersonville, then dismembered her and ate parts of her body.

Oberhansley sentenced to life without parole. This video was captured earlier when he was walking in the courtroom for his hearing. @WHAS11 pic.twitter.com/Dl8eyL3Erz

During the trial, prosecutors also played video of an interview Oberhansley did with police after Blanton’s body was found. He began the interview by denying he knows anything, saying he had seen her in days. Later in the interview, he admitted to going back to her home, saying he wanted to get his stuff that was inside.

Oberhansley admitted to killing Blanton and cooking and eating parts of her brain and heart. He told detectives he kicked in the back door of the home and the bathroom door to get to her.

Attorneys for Oberhansley said he was coerced into giving a false confession during that interview, saying two other men stabbed her and knocked him unconscious.

"To believe that story, you have to believe a series of coincidences of cosmic proportions happened," Clark County Prosecutor Jeremy Mull said.

That was the second time Oberhansley was tried after a mistrial was ruled in 2019 when a witness testified about information that the state and defense had agreed to leave out because it could unfairly sway the jury.

RELATED: Documents: Man extradited back to Louisville after body parts of ex-girlfriend found in his bag in Illinois