The trial of Joseph Oberhansley, who is accused of murder, rape and burglary in 2014 started Friday. 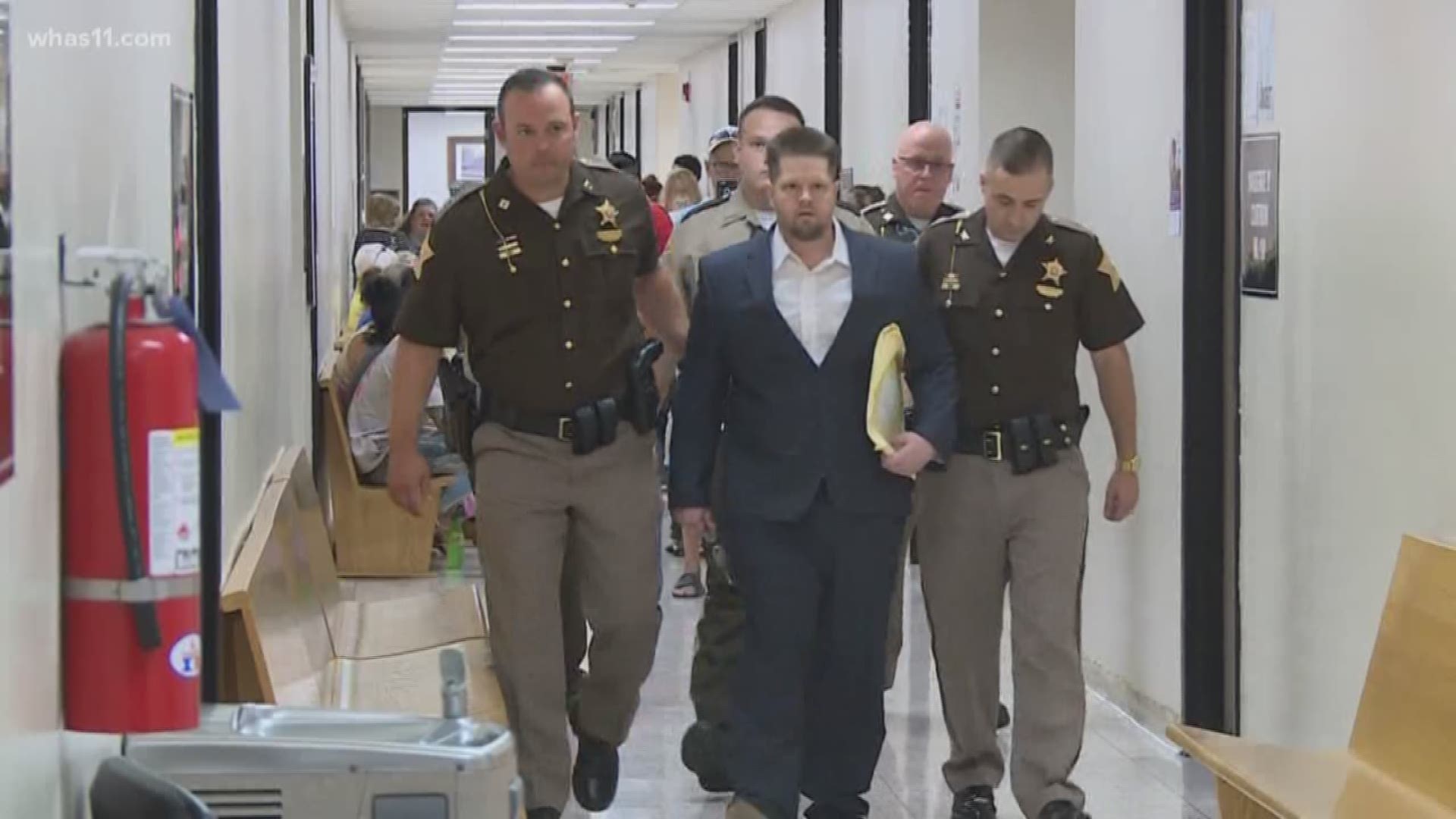 CLARK COUNTY, Ind. — The trial of Joseph Oberhansley, an Indiana man accused of killing and cannibalizing his ex-girlfriend in 2014, began in Clark County Friday.

This is the second time Oberhansley is being tried after a mistrial was ruled in 2019.

During the 2019 trial, a witness testified about information that the state and defense had agreed to leave out because it could unfairly sway the jury.

Thursday, it was announced that the jury had been selected for the trial by the Clark Co. Circuit Court.

Oberhansley is charged with murder, rape and burglary in the 2014 death of his ex-girlfriend Tammy Jo Blanton. Investigators said Oberhansley killed Blanton at her home in Jeffersonville, then dismembered her and ate parts of her body.

#RIGHTNOW: The second trial for Joseph Oberhansley is underway. The jury just came in.

Oberhansley is charged with killing his girlfriend and eating parts of her body in 2014. @WHAS11

Upon entering the courtroom Friday, Oberhansley claimed his innocence, saying "I'm not guilty of these charges." He claimed two other men did the crime as he was ushered in by law enforcement, according to WHAS11's Abby Lutz.

In opening statements, State Prosecutor Jeremy Mull made an emotional argument drawing on who Blanton was as a person.

Mull went on to talk about the findings of the investigation, saying, "it's worse than anything you would see in a horror movie."

Oberhansley's defense team countered by asking the jury to keep an open mind and to look at evidence from all sides.

The courtroom took a recess for lunch just before Noon.

WHAS11's Abby Lutz will provide updates from the courtroom as the trial continues through the first day.

Stay up-to-date by following along on social media.