James Branham, 39, is accused of complicity to murder among other charges in the death of 35-year-old Jeremy Lind. 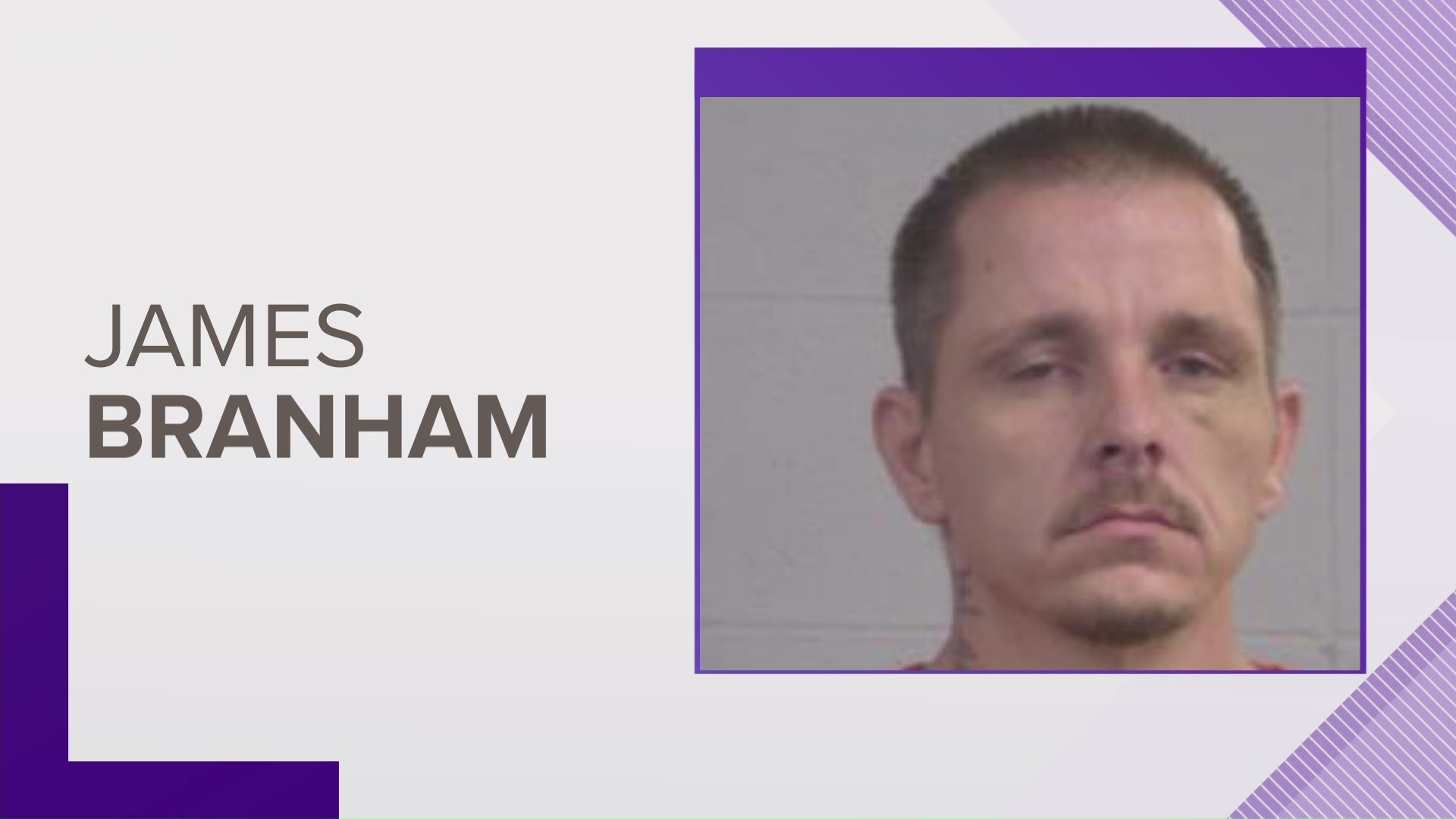 LOUISVILLE, Ky. — A third man has been arrested in connection to a kidnapping and torturing that led to man’s death.

James Branham, 39, is accused of complicity to murder among other charges in the death of 35-year-old Jeremy Lind.

Police said Lind and another woman were awakened and kidnapped at gunpoint on Sept. 27 and taken to an undisclosed location where police said they were “deprived of their basic human rights.”

Samantha Leigh Johnston, 31, and an accomplice bound and beat Lind to the point his face was beyond recognition before his death.

The female victim, police said, was forced to watch Lind’s torture and was allowed to live with the intent of human trafficking.

It is unclear what Branham’s role was in the incident.

Lind’s body was found by police days later in an alley on Lentz Avenue.

Branham is being held at Metro Corrections.