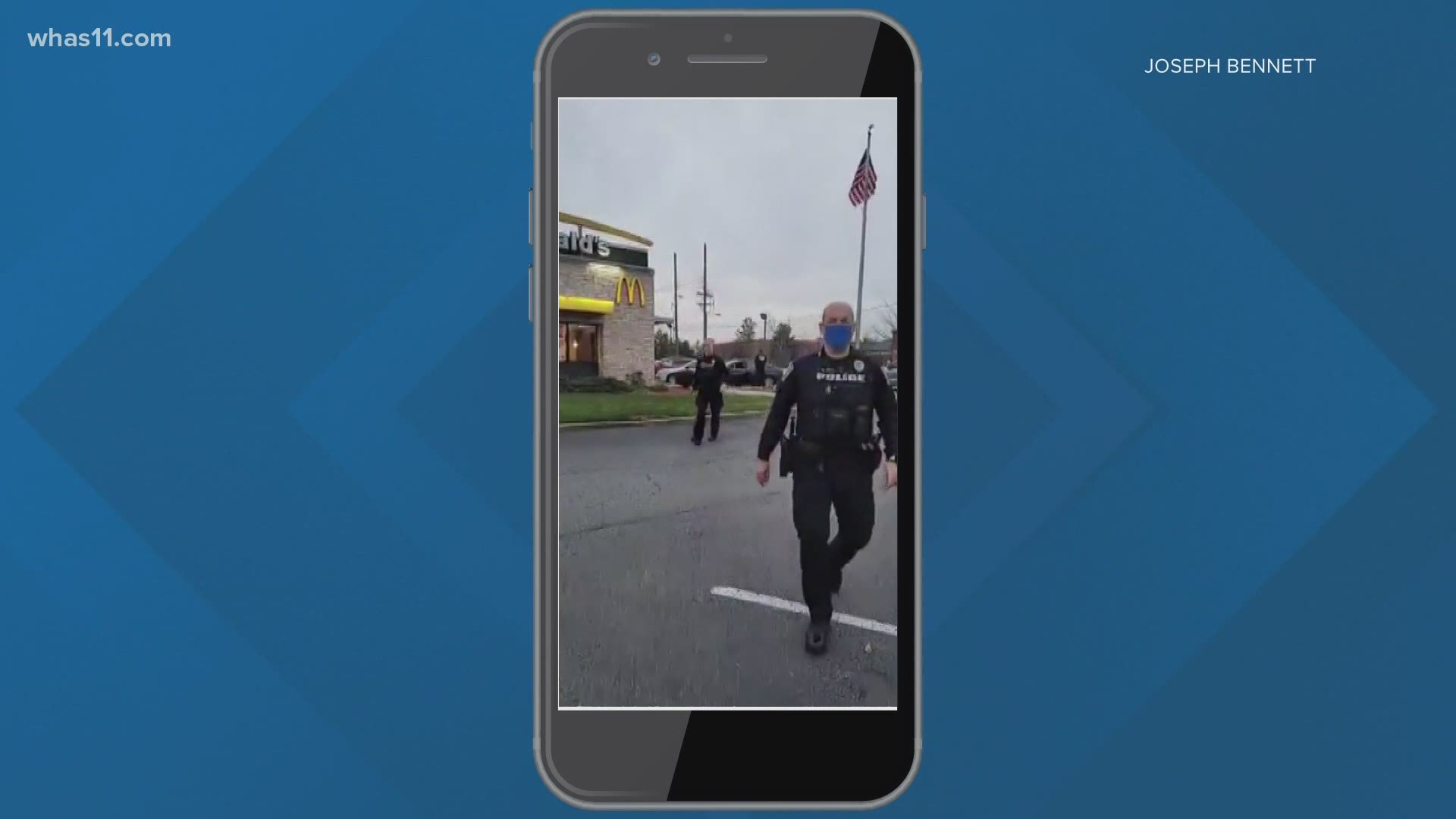 Two of the suspects are from Evansville, Ind. and the third is from Atlanta, Ga., the mayor's news release states. The suspects' names were not provided in the document.

The mayor released information about the crimes on Saturday. This comes a day after a man talked to WHAS11 about being implicated in the crime and an altercation with two Jeffersontown officers that he captured on video.

Joe Bennett said was in a McDonald's parking lot videotaping police conducting an investigation when he was confronted by two officers. Bennett said officers told him at least one of the suspects said he was involved in the crime. Officers then asked Bennett for ID. When he refused, his video shows what appears to be a scuffle between him and the officers.

Bennett tells WHAS11 he want the charges against him dropped. An arrest citation obtained by WHAS11 shows Bennett is charged with resisting arrest and menacing. The report also states that one officer delivered 'an empty strike to the subject and took the subject to the ground where he was able to handcuff the subject with the help of another officer."

It also notes that EMS treated the person at the scene for a small cut to his right eyebrow.

Mayor Dieruf addressed the issue in his news release:

"Regrettably, a person videotaping teh Department's response to the bank was identified by at least one witness as a person involved in the scheme. He was approached by officer Cruz, who asked the individual for identification. The person refused to identify himself or provide identification, and a brief altercation ensued. A second officer was able to help restore order quickly. This individual is not connected with the bank fraud scheme and was released at the scene."

Dieruf said he was informed by Chief Sanders about the incident and that Bennett has not filed a citizen complaint. However, the chief has started an internal investigation into the matter. Mayor Dieruf said he plans to reach out to Bennett in the very near future to "assure him they are taking the incident with all seriousness and to restore his faith in the city."

The Jeffersontown Police Department also released information about the incident. The officers identified as part of the investigation are Officer M. Cruz and E. Wescott.

The department and mayor say all documents related to the incident will be made public at the conclusion of the investigation.