Police: Man and woman shot as they exited restaurant near Oxmoor Center

The victims were leaving J. Alexander's Redlands Grill when they were shot around 8:30 p.m. Monday, according to Metro Police. 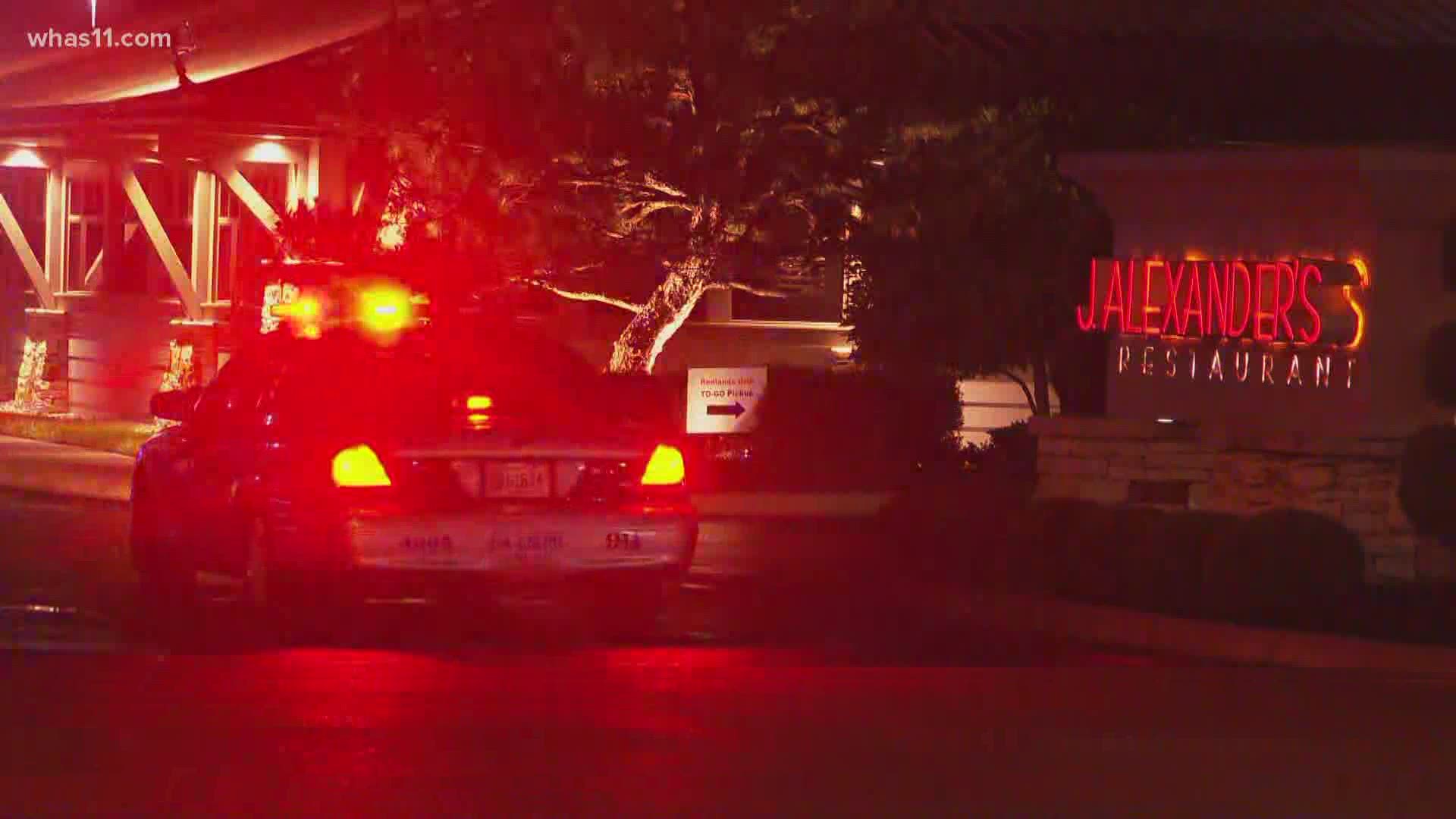 LOUISVILLE, Ky. — A man and woman have been hospitalized after they were shot outside of a restaurant near Oxmoor Center.

A spokesperson for Metro Police said the man and woman were exiting J. Alexander’s Redlands Grill around 8:30 p.m. Monday when they were struck by gunshots.

Police said the woman was privately taken to Norton Women and Children’s Hospital while EMS transported the man to UofL Hospital.

Both victims are believed to have non-life threatening injuries.

Police said they don’t have any motive for the shooting, however, a weapon was recovered at the scene. They are not certain if it was the gun used in the incident.

Other vehicles in the vicinity were damaged but no other injuries were reported.

If you were in the area and saw something that could help police in this incident, you are asked to call the Anonymous Tip Line at 574-LMPD (5673).