Indiana officer who was a mom, military veteran killed in the line of duty after responding to domestic violence call

Officer Breann Leath, 24, was responding to a domestic incident at an apartment at 1803 Edinburge Square when she was shot 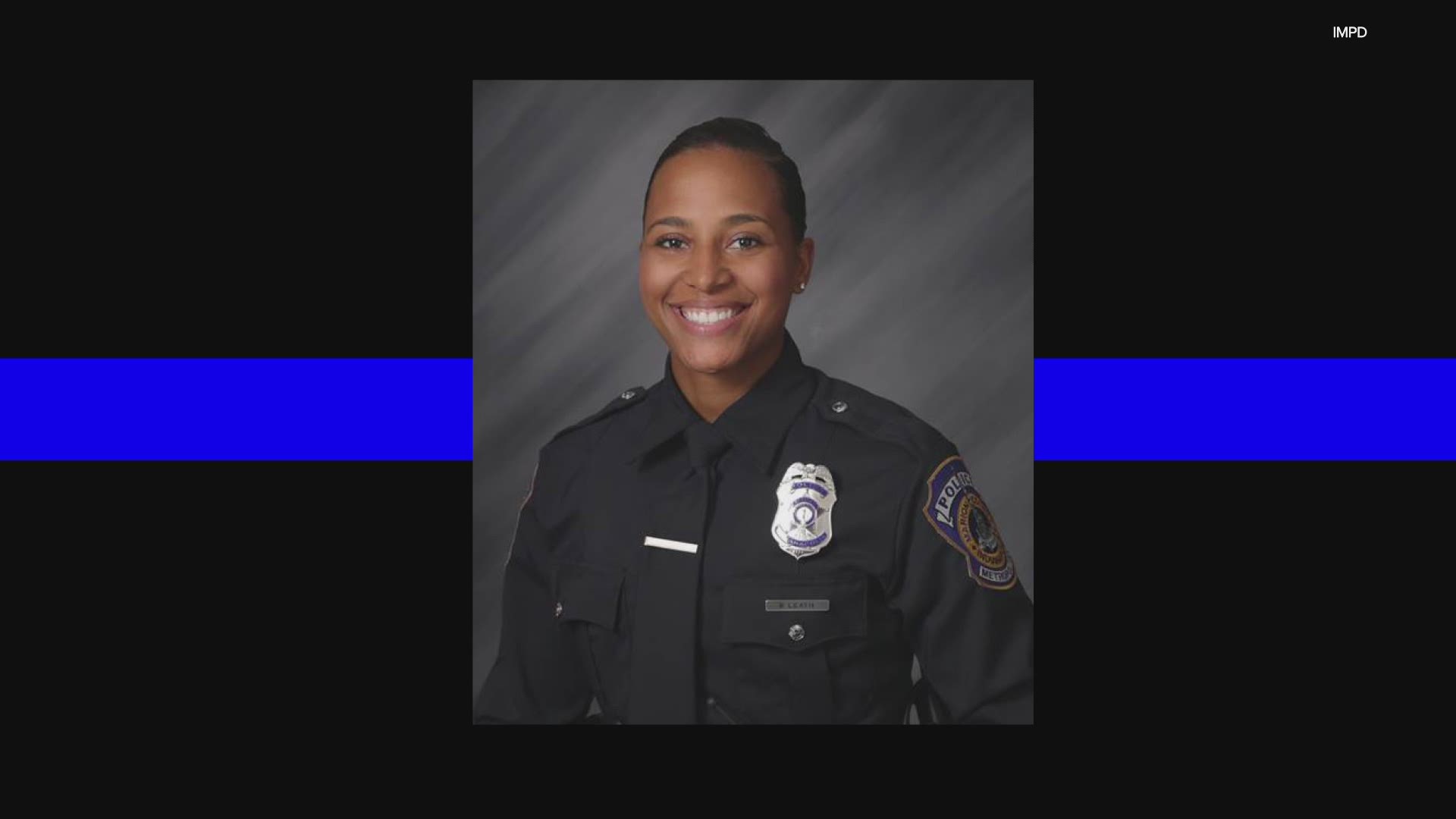 INDIANAPOLIS — The Indianapolis community is mourning the loss of an officer who was killed doing her job--protecting and serving.

Officer Breann Leath, 24, was responding to a domestic incident at an apartment when she was shot. She was rushed to Eskenazi Hospital, but she did not survive.

Breann Leath was a mother, a military veteran and a well-respected Metro Police officer.

“She is the example of the type of officer we want on this department," said IMPD Chief Randall Taylor at a Thursday news conference.

She had been an officer with IMPD for two years. The mayor is asking for flags to be lowered to half-staff in her memory.

"She is the example of the type of officer we want in this department," said Chief Randal Taylor, IMPD.

Before she became a mom or an officer, Leath was the kind of friend Ruby Allen says she was blessed to have.

“She just always seen the good," Allen said. "She never judged me and she didn’t judge anybody."

Allen and Leath became friends at Southport High School, where they played on the basketball team together.

“In high school, I just got into the wrong crowd, but she was the one friend who stuck by my side and tried to keep me on the straight and narrow," said Allen.

Allen said when she got expelled, it was Leath who went to bat for her.

“I was too scared, but she took it upon herself and a week later, picked me up and I had the meeting with the principal and Breann was there and I walked in and it was me and Breann and they allowed me to go back," Allen recalled.

That year, the friends walked together at graduation.

“Breann wouldn’t let one of her friends fail. She was the type that wanted everybody to succeed and put herself second, always, to people she didn’t know," said Allen.

It was that selflessness that Leath carried Thursday, responding to a domestic violence call where she gave her life.

Leath had wanted to be a police officer since she was a little girl. Allen can hardly believe her friend is gone.

“It’s just hard 'cause she’s the one who doesn’t deserve it," Allen said. “She really was a good soul."

Governor Eric J. Holcomb offered the following statement regarding Officer Breann Leath, a member of the Indianapolis Metropolitan Police Department who died in the line of duty Thursday:

“Officer Leath gave her life as she answered the call of duty. Janet and I are heartbroken for her family, friends and the Indianapolis Metropolitan Police Department. I ask every Hoosier to join me in honoring Officer Leath’s courageous service and dedication to her community. She will be forever remembered for being the finest among us.”