Mark Kirby of Corydon was arrested on several charges after leading police through a multi-county chase on a motorcycle. 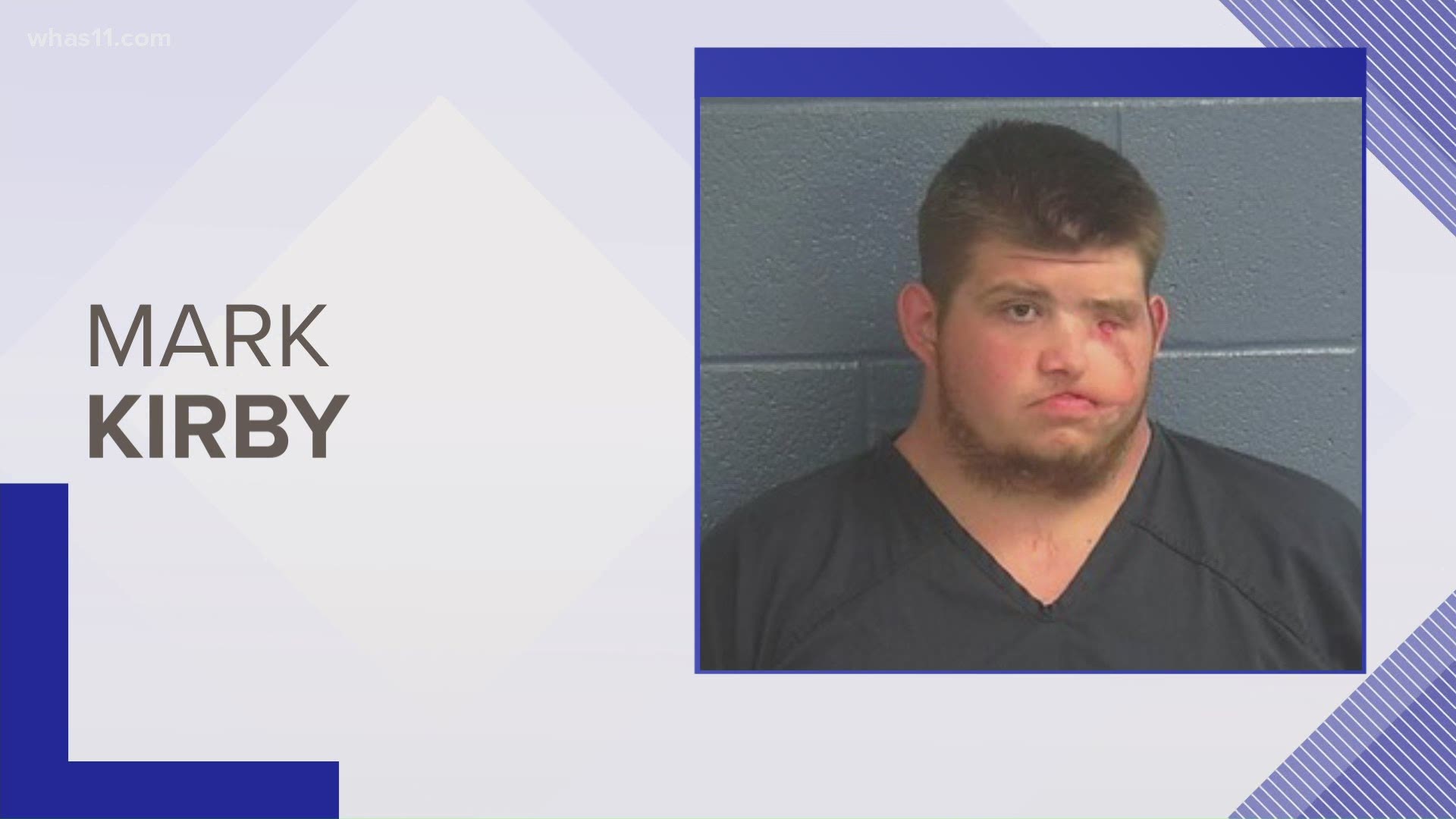 HARRISON COUNTY, Ind. — According to Indiana State Police, a Corydon man led Troopers, along with several sheriff deputies, on a lengthy pursuit through Harrison and Floyd Counties early Saturday morning. The chase ended with his arrest on multiple charges.

Around 2:40 a.m. Saturday, an ISP Trooper was patrolling on HWY 337 near Quarry Rd. in Harrison Co. when he observed a motorcycle in front of him with no taillights, no license plate light, and no license plate.

Upon being pulled over, the motorcyclist failed to stop and subsequently led police on a 58-mile chase.The chase eventually entered Floyd Co. on State Rd. 54 before returning to Harrison Co. along State Rd. 62.

Numerous traffic violations were committed throughout the chase, including running stop signs, traveling in the opposite lane of travel and speeding.

The pursuit lasted nearly an hour and ended near Trestle Rd. in Harrison Co. when the driver drove off into a field where he was apprehended after trying to outrun police.

The motorcyclist has been identified as 22-year-old Mark Kirby of Corydon was incarcerated at the Harrison Co. Jail.