Catalytic converters are targeted by thieves because of the expensive metals they are made of. Once stolen, they are often difficult to find. 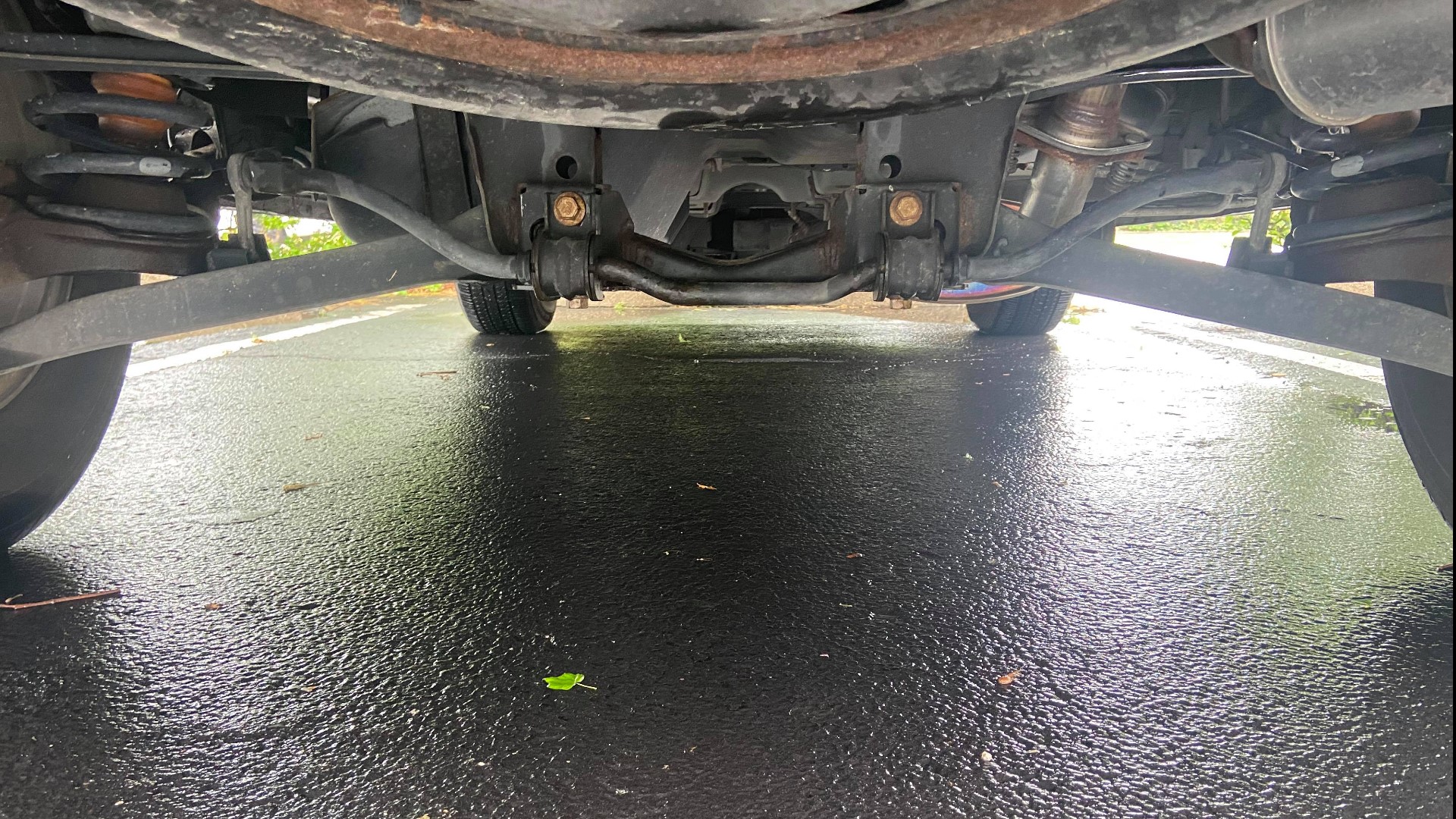 Catalytic converters take toxic fumes and turns them into water vapors and carbon dioxide. They’re a target for theft because they have valuable metals like platinum, palladium and rhodium inside.

Catalytic converter thieves are likely to target isolated areas that have a lot of cars there.

“At this point we’re watching those areas ourselves, and in turn hopefully we’ll catch some of the individuals doing this,” St. Matthews Police Chief Barry Wilkerson said.

The St. Matthews Police Department has gotten 40 reports of catalytic converter thefts in 2021 and at one point 15 were reported at the same time.

LMPD has gotten 497 reports of stolen catalytic converters this year.

This was a trend last year as well, but Chief Wilkerson said thefts went down at first during the pandemic, when people weren’t driving and going out as much.

Kenny Hart at SMI Automotive Service in St. Matthews has also seen an increase in customers looking for new converters in the past six months to a year.

“I think a lot of it might be related to the pandemic, that people are just desperate at this point and they can find a way to get out and make two, three four, 500 dollars,” Hart said.

Hart said these converters can be sold for $200 to $1,000. Getting the converter replaced if yours is stolen will cost you even more.

“On the low end would be $1,000,” Hart said. “Some of them could be two or three thousand, some cars have multiple catalytic converters.”

Some converters have numbers on them that can be matched to cars if they are found on the black market or in a junk yard. But finding the catalytic converter that was stolen is difficult, if not impossible.

Chief Wilkerson encourages prevention tactics, like being conscious about where you are parking.

“If you’re parking in an area where its heavily congested, where there’s a lot of people coming and going, that always deters because no one wants to get caught or seen,” Chief Wilkerson said.